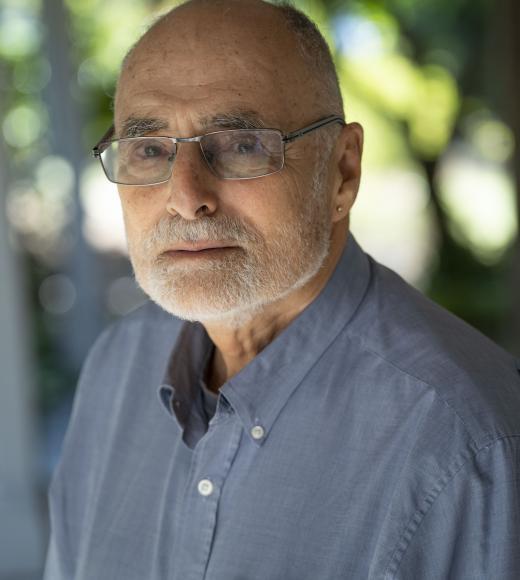 G. David Miller is an Academic Coordinator within the Department of Plant Sciences and Lecturer within the International Agricultural Development Program in the College of Agriculture and Environmental Science at UC Davis where he teaches courses in Project Design and Management and Development Theory and is faculty adviser both in the IAD Graduate Group and in the Blum Center. In addition, he is co-coordinating USAID Hort-CRSP funded projects in both Vietnam and Cambodia in collaboration with several local universities.

Mr. Miller is Professor Emeritus at Southern New Hampshire College where, in 1986, he founded the International Program for Community Economic Development. Close to one thousand practitioners, working in community-based sustainable development and concentrating in Micro-Enterprise and Development, have matriculated from the program. Graduates have been instrumental in creating and implementing the nucleus of a global network of self-help organizations and self-help support organizations. In an effort to strengthen this network, he has formed partnerships between the School of Community Economic Development at Southern New Hampshire University and parallel institutions in Africa, Asia and Latin America where short-term training and degree-based learning opportunities for practitioners are being offered.

Mr. Miller has worked as a development practitioner for over forty years. For twelve of those years he lived and worked in the Middle East and Africa. He has designed and managed projects in Morocco, Tanzania, Lebanon, Egypt, Israel, Palestine and throughout Sub-Saharan Africa. Starting in the 70s Mr. Miller worked as a Peace Corps Volunteer in Morocco, Director of Peace Corps Training in Afghanistan and Acting Director for Peace Corps Tunisia. Later, as Program Officer for the Near East Bureau within the United States Agency for International Development, he managed a multi-million dollar program supporting NGO activity throughout the Middle East. During that time he designed and implemented (in Lebanon, 1982) the first micro-credit program funded by USAID. After leaving the government in 1983 he became Deputy Vice President for Programs at Save the Children. Professor Miller serves as consultant to many of those affiliated organizations in which graduate/practitioners design and implement sustainable initiatives that assure community participation, ownership and control.

David Miller has spent considerable time engaged in identifying Best Practices in community-based development. His interest in Best Practice research has led him to serve on the board of several NGOs and become a Visiting Fellow at the Thomas J. Watson Jr. Institute for International Studies at Brown University. There he did research and wrote on scaling-up - how civic organizations can better serve their constituencies by growing in size, scope, capacity and by partnering with government and business. Mr. Miller has also written extensively on education and learning in developing countries. In 2006 he left the School of CED at SNHU to assume the Directorship of InterSect Consulting Group with community economic development projects currently underway in several countries in Africa and Asia. Mr. Miller also assumed the position of Vice President of the Marin Media Institute which owns the Pulitzer Prize winning Point Reyes Light newspaper. He is married to Dr. Susan Gilson Miller, professor of history at UC Davis.