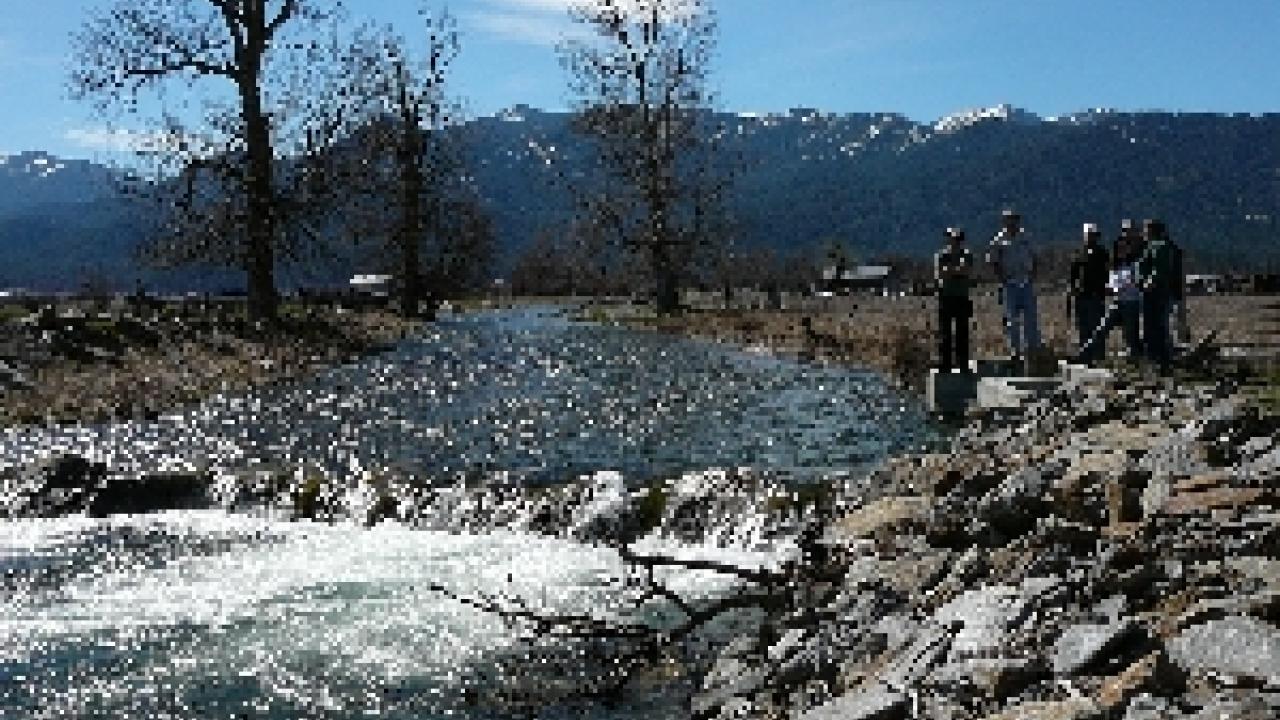 A team of University of California, Davis, scientists is developing a groundwater management tool that could lead to better streamflow conditions for salmon and steelhead in northern California's Scott River Valley, which provides critical fish habitats within the Klamath Basin.

"For most other rivers in California, summer and fall water flows are entirely dictated by dams that have water behind them," said Thomas Harter, a Cooperative Extension groundwater hydrologist in the Department of Land, Air and Water Resources who led the study. "Scott River is very dependent on the groundwater system."

The 57-mile-long, undammed Scott River is a tributary of the Klamath River, and portions of it are designated as a federal and state Wild and Scenic River. A combination of irrigated agriculture in Scott River Valley, a lack of streamside shade on the river, and climate change has led to warmer river temperatures and reduced late summer and fall stream flows on the river, particularly in dry years, Harter said.

In a recent report to the North Coast Regional Water Quality Control Board, the researchers summarized the hydrology of the Scott Valley, gathering data about rainfall, climate, soils, land use, irrigation, and groundwater flows distributed across the basin for the past 21 years. Harter will combine this information into an integrated hydrologic model, expected to be complete in early 2014.

Scott Valley is addressing the issue on multiple frontiers, including riparian management and the recent development of a groundwater management plan. The UC Davis tool will be used to evaluate future groundwater management scenarios, which could include: How do irrigation management practices affect flow and temperature in the river? What are the effects of allowing for more beaver dams? How can additional water recharge during spring and early summer be used to support the aquifer during the critical late summer period?

The hydrologic tool could help inform decision-makers and regulatory agencies involved in the issue of balancing salmon protection and water management along the Scott River.

As agencies, decision-makers, farmers, fishermen, and the public grapple with the questions posed by a changing climate and a changing river, the UC Davis hydrologic tool is expected to help provide science-based answers.

The North Coast Regional Water Quality Control Board adopted a Total Maximum Daily Load implementation program pursuant to the Clean Water Act. The program requested Siskiyou County develop a groundwater study plan to understand how surface water temperature might be made cooler through its connection with groundwater.

The county approached Harter to oversee the development of the plan, which was funded by the board and adopted by the county in 2008. The county Board of Supervisors established the Scott Valley Groundwater Advisory Committee in 2011 to address groundwater issues. The committee served as a resource for the new report, which is part of the original study plan effort and was also funded by the North Coast Regional Water Quality Control Board.