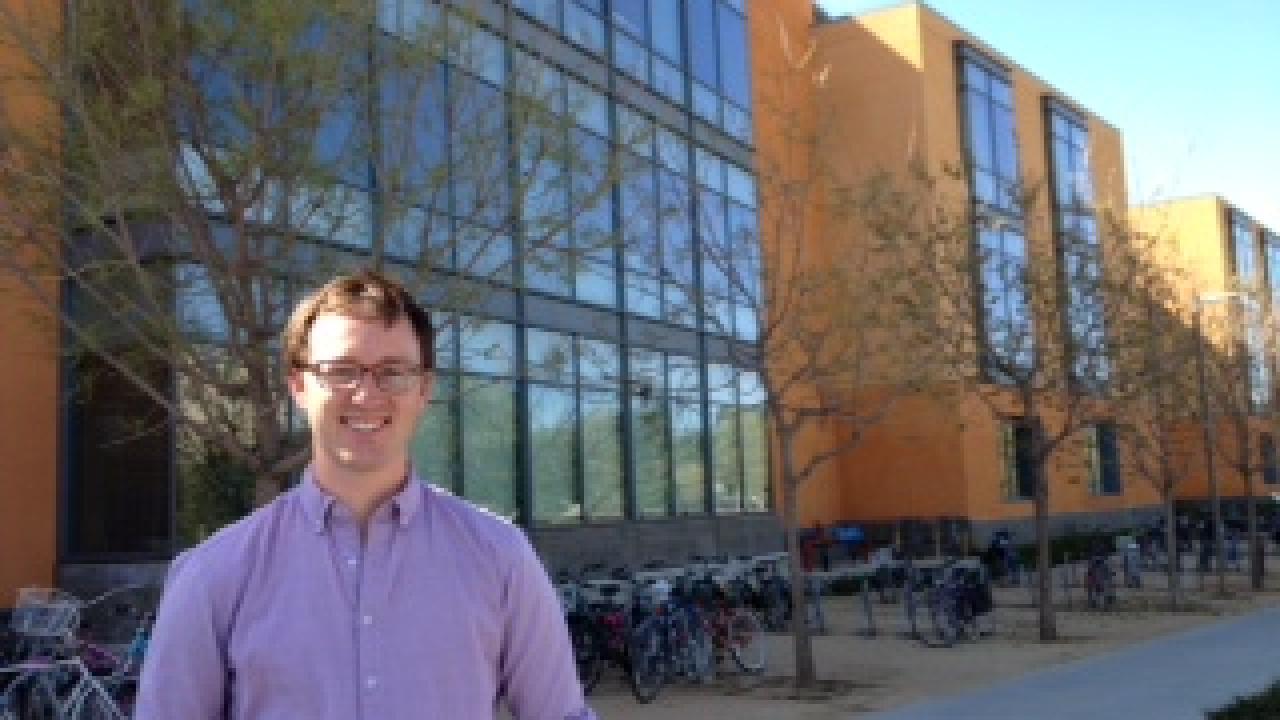 David Dallas, who recently completed his Ph.D. in nutritional biology, has been awarded the John E. Kinsella Memorial Prize for his outstanding research on human breast milk protein digestion.

David Dallas, who recently completed graduate studies in nutritional biology, has been awarded the John E. Kinsella Memorial Prize for outstanding research on his doctoral dissertation.

“I became interested in this work because I wanted to uncover the mysterious molecules in breast milk for their structure and function,” said Dallas. “I want to discover those molecules and apply them to infant and even adult nutrition.”

Breast milk is a complex fluid that includes bioactive compounds critical for the protection and development of the infant in the first months of life. Breast-feeding is one of the main factors guiding the composition of the infant gut microbiota as babies grow.

Ultimately, Dallas’ work can be applied to improve the health of premature infants, who are at much higher risk of infection, developmental disorders, and mortality than full-term infants who are fed breast milk. The greatly reduced digestive capability of premature infants means that these infants are not breaking down milk proteins in the same way as term infants, and may therefore be missing many bioactive compounds encrypted in human milk proteins.

The Kinsella Memorial Prize was established in 1994 by the College of Agricultural and Environmental Sciences at UC Davis to honor the late John Kinsella, former dean of the college and a professor of food science and technology. Graduate groups can nominate one dissertation each year for the quality and originality of an individual’s work, its multidisciplinary impact, and its importance to the college’s mission. The prize recipient is awarded $3,000.

Dallas was nominated for the Kinsella award by his adviser, Professor Bruce German, who is director of the Foods for Health Institute and a faculty member in the Department of Food Science and Technology. In his nomination letter, German noted that Dallas’ work required collaboration with researchers in agriculture, engineering, medicine, and chemistry.

Dallas completed his dissertation in June 2012 and is continuing to investigate human milk protein digestion as a postdoctoral fellow under the mentorship of food science and technology professors Daniela Barile and Bruce German, as well as chemistry professor Carlito Lebrilla.