It’s not just our imagination: We really do eat differently when we’re stressed. Nutritionists at UC Davis are shedding light on the important link between stress, our brain and body weight, discoveries that could help society fight obesity and improve our individual efforts to lose weight and keep it off.

It’s not just our imagination: We really do eat differently when we’re stressed. Nutritionists at UC Davis and the Western Human Nutrition Research Center are shedding light on the important link between stress, our brain and body weight, discoveries that could help society fight obesity and improve our individual efforts to lose weight and keep it off.

“It is becoming clear that stress degrades our ability to make healthy food choices for long-term wellbeing,” said Kevin Laugero, a research nutritionist with the Western Human Nutrition Research Center and an adjunct professor with the UC Davis Department of Nutrition. “Knowledge of dietary guidelines is important, but we also have to help people, from a very early age, find ways to manage stress and develop their capacity to choose long-term gain over short-term reward.”

Dieting involves an ongoing series of decisions, essentially weighing short-term reward against long-term consequences (e.g., “I know I should choose the apple, but that apple pie sure smells good”).  Nancy Keim, also with the UC Davis Department of Nutrition and the Western Human Nutrition Research Center, Laugero and their team -- including Megan Witbracht, postdoctoral researcher with the UC Davis Department of Nutrition -- recently studied these questions: Does our ability to recognize the long-term consequences of our decisions affect our weight management? Are there physiological factors, like stress, that affect how we make decisions?

The researchers worked with 29 volunteers, women between the ages of 20 and 45 who were obese but otherwise healthy. They asked the women to eat all of their specially prepared meals in the nutrition center for 15 weeks. For the first three weeks, the meals were designed to stabilize each woman’s weight. For the next 12 weeks, their meals provided 500 fewer daily calories than what they needed to maintain their weight.

“Although we can only speculate, we assume those who lost fewer pounds may have deviated from the prescribed diet, when they were at home, for example,” Laugero said.

Researchers wanted to get a snapshot of the volunteers’ pattern of decision making to see whether it correlated to weight loss.

It did. They asked volunteers to take the Iowa Gambling Task, a test used to evaluate a person’s “executive function,” or their ability to plan and make decisions based on future consequences of current actions. It doesn’t measure intelligence, but rather a person’s gut reaction to short-term reward. Scientists believe control of these executive functions is located in our prefrontal cortex, and linked to brain regions critical for processing pleasurable and emotional stimuli, as well as to stress hormones such as cortisol.

When you take the gambling task, you see four decks of cards on your computer screen and are asked to amass as many credits as you can in a set amount of time. Two of the decks have cards that offer a lot of credits but also require you to pay back a number of credits. The other two decks offer fewer credits in the short run, but don’t saddle you with debt.

“Most people can learn to distinguish the ‘good’ from the ‘bad’ decks and start drawing cards only from the decks that offer more long-term gain,” Witbracht said. 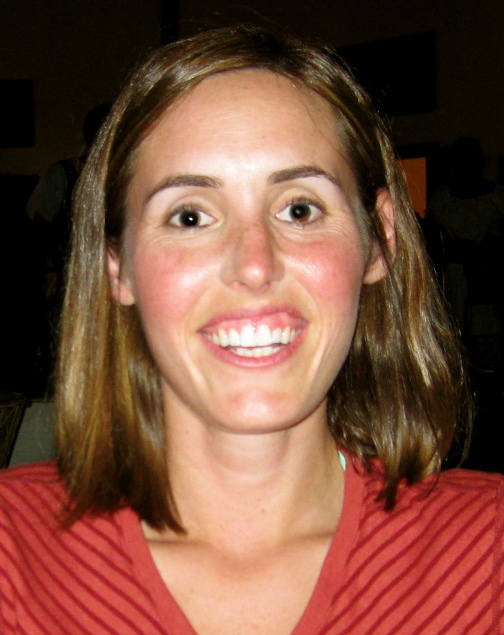 It takes longer for some people to recognize the pattern and others don’t see it all. Volunteers who lost the most weight also scored the highest on the Iowa Gambling Task; i.e., they made better decisions.

“That suggests that those who are better at making decisions based on long-term consequences are more successful at maintaining weight loss,” Witbracht said.

Does stress affect decision making and weight loss? To measure that, researchers analyzed the volunteers’ levels of cortisol, a hormone induced by stress and produced by the adrenal gland.

Indeed, volunteers with the highest levels of cortisol had the lowest scores on the gambling task and lost the fewest number of pounds.

But guess what? During their 12 weeks of a calorie-restricted diet, all the volunteers had elevated levels of cortisol to some degree.

“Dieting can be a stressful situation,” Witbracht said.

So what’s a dieter to do?

“Awareness is a good place to start,” Laugero said. “Weight management is more than an energy-in, energy-out formula. And just because you understand dietary guidelines doesn’t mean you will follow them, especially when you’re under stress. For many, being aware of their emotions and controlling their response to stressful situations may significantly improve decisions about what and how much to eat.”

The U.S. Centers for Disease Control and Prevention estimates that 35 percent of adults and 18 percent of children in America are overweight or obese, conditions associated with higher risk for type 2 diabetes, cardiovascular disease and other chronic disorders. Understanding the connection between stress, our brain and body weight may help to reduce those numbers, Laugero said.

“You need to start early, helping children with their social and emotional development so they can make positive choices for long-term health,” Laugero said. “Stress changes your brain, affecting the regions that help you make smart decisions.  Evidence suggests that stress-reduction techniques such as exercise and meditation might change it back. Reducing the impact of stress and developing techniques for improving executive function during early childhood may go a long way in making more healthy choices over a lifetime.”

Keim, Laugero and Witbracht have dual appointments in the UC Davis Department of Nutrition and the Obesity and Metabolism Research Unit at the Agricultural Research Service’s Western Human Nutrition Research Center in Davis, as do the other members of their team -- nutrition scientist Sean Adams, and physiologist Marta Van Loan. This experiment was part of a larger study led by Van Loan.

Laugero is currently exploring the relationship between executive function, stress, and eating behavior in preschoolers. He suggests that techniques to improve decision making in early childhood may reduce the impact of stress and emotion on eating habits later in life.

Witbracht is conducting more studies with dieters and the Iowa Gambling Task, delving deeper into how people make decisions about what they eat.