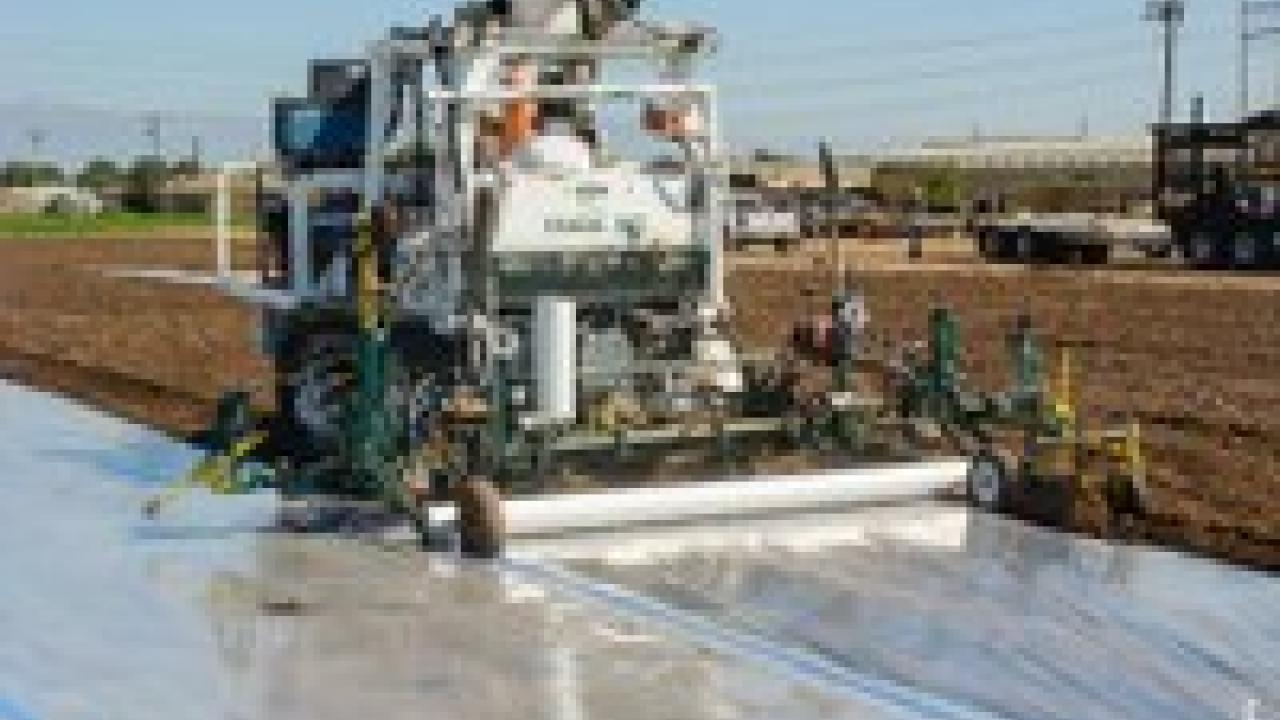 Methyl bromide, a soil fumigant, is about to be phased out. UC researchers are helping growers find methyl bromide alternatives for western crops.

California growers have used methyl bromide to effectively sterilize fields before planting since the 1960s. But now this soil fumigant is about to be phased out under an international ban. To help growers find workable substitutes, University of California researchers are part of a team working to optimize methyl bromide alternatives for western crops including almonds, strawberries and nursery stock.

A special collection of original research on methyl bromide alternatives is part of the July–September 2013 issue of California Agriculture, UC’s peer-reviewed journal of agricultural, natural and human resources (http://californiaagriculture.ucanr.edu). Related articles will appear in the October–December 2013 issue.

Methyl bromide contributes to ozone depletion high in the atmosphere and was banned by developed countries in 2005 under the Montreal Protocol, an international treaty to protect the stratospheric ozone layer. Since then, the treaty has allowed limited use of methyl bromide for certain crops, but many of these exemptions are gone and the rest will end soon.

To develop and evaluate alternatives to methyl bromide, a team of UC and U.S. Department of Agriculture researchers was awarded a $5 million, five-year USDA grant. The project — called the Pacific Area-Wide Pest Management Program for Integrated Methyl Bromide Alternatives (PAW-MBA) — includes production crops such as grapes, strawberries and tree nuts as well as nursery crops such as cut flowers, forest trees and sweet potatoes.

“One goal of the program was to identify methyl bromide alternatives that were immediately useful and economically feasible,” says Greg Browne, a USDA plant pathologist at UC Davis who coordinates the PAW-MBA program. “Another was to foster development of nonfumigant strategies for managing soilborne pests.”

Summaries of projects and links to articles: 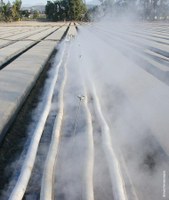 Strawberry growers use methyl bromide primarily to control soilborne diseases. Now, new UC research shows that this crop can be grown without fumigants at small scales. Three nontoxic methods — nonsoil substrates, anaerobic soil disinfestation and steam disinfestation — produced strawberry yields as high as those in conventionally fumigated soil. “Instead of understanding soil, we’ve just been fumigating it,” says Steve Fennimore, a UC Cooperative Extension specialist in Salinas, and UC Davis faculty member, who led this team. “Using physical tools is a different approach.” Researchers will next evaluate whether these alternative methods can be scaled up to commercial production fields, and whether they work in different strawberry production areas of California. 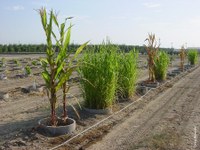 California supplies nursery stock to the state’s fruit, nut and vineyard industries, as well as more than 60 percent of the rose plants and fruit and nut trees sold nationwide. This perennial nursery stock must be completely nematode-free, and growers use methyl bromide primarily to control these tiny soilborne worms. However, alternative fumigants such as 1,3-dichloropropene (1,3-D) don’t work as well in fine soils. “We asked how we could make them work better,” says Brad Hanson, a UC Cooperative Extension specialist in the Department of Plant Sciences at UC Davis. The researchers showed that 1,3-D controlled nematodes in fine soil when they tilled it deeper, injected the fumigant deeper and used tarps that kept more of the fumigant in the soil. 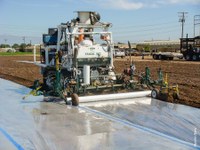 Fumigants are regulated partly because they help make smog. Totally impermeable film (TIF) can help keep fumigants in the soil and out of the air. New UC research shows that fumigant emissions can drop 64 percent when fields are tarped with TIF for twice as long as usual (10 days instead of five). “We’re now working on safe use,” says Suduan Gao, a USDA soil scientist in Parlier who led the team. “The goal is to keep the fumigant under the tarp long enough that there won’t be a surge in emissions when it’s cut open.” This work gives regulatory agencies a new way to let growers keep using enough fumigant to control pests and diseases while minimizing the smog-forming emissions.

The entire July–September 2013 issue can be downloaded at http://californiaagriculture.ucanr.edu.

California Agriculture is the University of California’s peer-reviewed journal of research in agricultural, human and natural resources. For a free subscription, go to: http://californiaagriculture.ucanr.edu, or write to calag@ucanr.edu.