Researchers at the University of California, Davis, have used the latest analytical tools to develop chemical fingerprints for 60 American whiskeys, providing distinct chemical signatures that reflect the combinations of grains, barrels, aging and other factors that played a role in their distilling.

The findings were presented Sept. 9 at the national meeting of the American Chemical Society in Indianapolis by Thomas Collins, director of the UC Davis Food Safety and Measurement Facility.

Dr. Collins said the chemical profiles could help provide quality assurance and process improvement to whiskey makers — ranging from boutique, or micro, distillers to large corporate distillers. Such chemical fingerprinting also could help discourage and detect counterfeit and fraud, especially for expensive scotch whiskies, exported from Scotland throughout the world.

“Additionally, chemical profiles may help speed up production, which could be especially beneficial to the small, craft distilleries,” Collins said, noting that it is hard to launch a new business when the product needs to be aged for three to four years or more.

Whiskey, or “whisky” as it is spelled in the United Kingdom and elsewhere, includes a group of alcoholic beverages made by distilling fermented grain mash. Grains used to make whiskey include barley, rye, corn and wheat. Following distillation, whiskey, with the exception of corn whiskey, is aged in wooden barrels, traditionally made of charred white oak.

Some of the aromas and flavors of whiskeys are established by volatile compounds (those that readily vaporize) produced during the distillation process. Other nonvolatile compounds, however, are drawn from the oak casks during aging and cause changes in the whiskey’s flavor, color and mouth-feel. 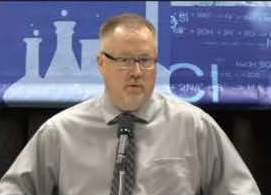 Sixty whiskeys were selected for the study, including 38 straight bourbon whiskeys, 10 rye whiskeys, five Tennessee whiskeys and seven other American whiskeys. Each had been aged from two to 15 years.

The chemical analyses indicated that the bourbons were readily differentiated from some Tennessee whiskeys and American blended whiskeys, but were not well separated from rye whiskeys, many of which were produced in distilleries that also make bourbon whiskeys.

“In some of those whiskeys, the distillery’s chemical fingerprint overrides the differences caused by the grains,” Collins said.

The researchers found that the compounds that were important for differentiating among the whiskeys included oak-related polyphenols, fatty acids and alcohols, and flavonoid glycosides.

Other researchers on the project were Susan Ebeler, a UC Davis professor of viticulture and enology, and Jerry Zweigenbaum, a scientist with Agilent Technologies.

The research was supported by Agilent Technologies, which provided instrumentation for the UC Davis Food Safety and Measurement Facility.

(This article is by Pat Bailey, UC Davis Strategic Communications.)