The latest research on the effectiveness of commodity promotion programs has once again shown that advertising works.

Richard Sexton, an agricultural marketing economist and professor at the University of California, Davis, recently completed an extensive project with a colleague measuring the effective of the promotions done under the auspices of the Hass Avocado Board. These promotions include those done by the board as well as the California Avocado Commission, the Mexican groups that were forerunners to Avocados from Mexico and the Chilean Avocado Importers Association.

Sexton and Professor Emeritus Hoy Carman, also of UC Davis, looked at almost two decades of data from 40 metropolitan markets across the country and compared it to 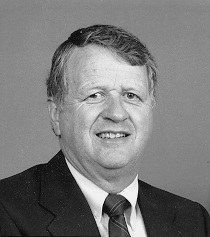 five years of data in selected markets where the vast majority of the promotion has taken place. They also looked at the market price and volume of avocados over that time period to establish trends and create predictive economic models concerning the movement of Hass avocados.

Sexton recently told The Produce News that, not surprisingly, the project revealed that the Hass avocado promotions effectively create a return on investment of two to nine times the money spent. He said the wide range is a measure of the disparity in results and of the desire to produce results that covered virtually all circumstances studied.

“I feel very comfortable saying the typical return is somewhere in the middle,” he said.

Most important, he said the researchers were trying to determine if avocado commodity board promotion dollars were well spent. And on that front, he indicated that the answer is a resounding yes.

Sexton was not surprised by the results, as he said there have been dozens of studies over the years trying to validate the effectiveness of commodity-specific promotions and the “vast, vast majority” have shown that they do work. 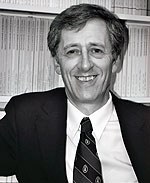 He personally has done several of these studies involving other fresh products, including almonds and prunes. Sexton said that the enabling legislation creating these commodity boards often has a provision mandating that the effectiveness be studied to determine if the typically mandatory assessments are well spent. He said the supposition is very measurable and he has a high level of confidence in the results achieved by this avocado research.

In discussing the research, Sexton said the economists looked at 40 different metropolitan areas and at weekly sales numbers for the reporting supermarkets in those areas for a period of time going back 19 years. This created thousands of data points for the control markets. Next, they took the five years during which Hass avocado promotions were taking place, and again took weekly measurements for each targeted market. That means each target market had 250 data points for each year.

In a nutshell, the research showed that promoting avocados does increase demand and produces an increased market price because of it.

The researcher said that estimating a demand model for avocados by using the non-promotion markets and time period results in a different demand model than has been the case since promotions began.

Sexton said if one takes into consideration of the increased volume of avocados marketed in the United States during the five-year period (which saw basically a doubling in volume), any logical economic model would have predicted a decrease in price as the volume increased. That did not occur. Demand for the product increased, volume increased and market price remained stable.

Thus, he concluded that promoting the product works and accomplishes its goal of creating a better economic situation for the producers of the product than would exist without promoting.

“We found a statistically significant increase in sales [in the markets that had promotion],” Sexton said.

Because of the supply-and-demand nature of produce pricing, he said promoting and increasing sales in specific markets of the country does have a rising tide effect and all producers do benefit, even those that are selling to markets that are not involved in promotion.

In the first place, Sexton said one only need look at the billions of dollars spent each year promoting and advertising products through the media.

He added that fresh produce typically has a very good story to tell that tends to resonate with current thinking about eating healthier, which should also boost the effectiveness of advertising.

Though Sexton’s research did not look at how individual retailers benefited by participating in commodity-specific promotions, there does appear to be a connection.

The research found that the cities that had avocado promotions sold more fruit than cities without promotion. It would seem to follow that the retailers promoting avocados, building big displays and participating in commodity board promotions would also benefit.

Sexton said that might be true but it would require further research as it is also possible that non-promoting retailers in a promotion-laden market would get a piggyback effect from the promotion going on around them.

In any event, the research by the UC Davis team did show once again that advertising works.

(This article, by Tim Linden, is reprinted with permission from The Produce News, Jan. 23, 2014.