Aquatic ecosystems can be protected when conifers are removed to restore aspen stands. 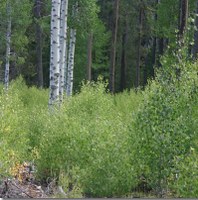 A recent collaborative research project by UC Davis Plant Sciences and the U.S. Forest Service found that conifer removal to restore aspen stands can be conducted without degrading aquatic ecosystems.

The study (conducted by Bobette E. Jones, Monika Krupa and UC Davis professor Kenneth Tate), which took place from 2003 to 2010 and was published in the journal PLOS ONE in December 2013, detected no adverse effects to water quality, temperature or aquatic insects when mechanical equipment was used to restore aspen stands adjacent to streams.

Aspen trees are shade intolerant and without regular disturbance (fire), conifers eventually shade them out and reduce the ecological services that aspen stands provide. Over 90 percent of aspen stands in forested areas of California have some level of conifer shading. Removing conifers using mechanical equipment to increase sunlight to aspen is an effective technique to restore stands, but there have been concerns with using this approach adjacent to streams.

Other scientists lauded the report. “For years aspen stands have declined in vigor and sometimes died because of pressures from encroaching conifers,” said Malcolm North, Research Scientist with the U.S. Forest Service’s Pacific Southwest Research Station in Davis. “Reluctance to thin out the conifers because of concern for stream water quality has contributed. This study demonstrates that those impacts are negligible.” 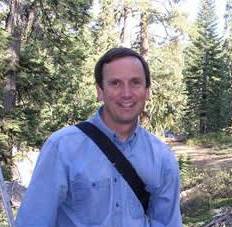 UC Davis researchers analyzed the data and found that water quality did not change following timber harvest implementation. In fact, more than 80 percent of all stream water samples analyzed were below the detection limit, with some meeting drinking water standards. The timber harvest treatments did reduce canopy cover which resulted in an increase of solar radiation reaching the streams, but there was no corresponding increase in stream temperature. The aquatic insects also confirmed the water quality results, with the highest percentage of pollution tolerant species detected prior to treatment implementation. Finally, soil moisture availability increased in treated aspen stands compared to untreated stands. This demonstrates that restored aspen stands would be more resilient in drought years.

Some previous studies indicate that timber harvest activities were found to impair water quality and aquatic ecosystems. The findings of this study, however, concur with recent research in which partial harvesting of areas near streams and rivers can be conducted without damage to aquatic ecosystems. Land managers can use this study to assist their future decisions for restoration activities near stream areas.

(This article is by Brad Hooker, Department of Plant Sciences, University of California, Davis.)