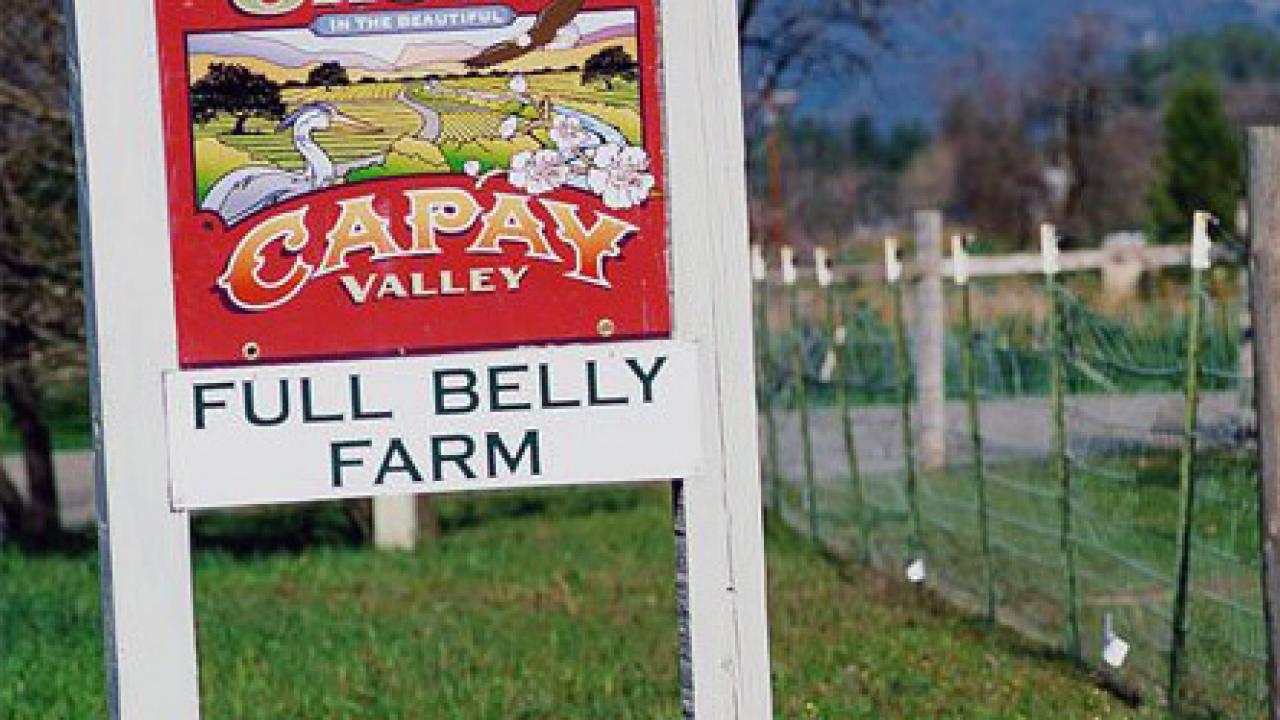 Sand County Foundation, the California Farm Bureau Federation and Sustainable Conservation are proud to announce Full Belly Farm as the recipient of the prestigious 2014 California Leopold Conservation Award. The award honors private landowner achievement in the voluntary stewardship and management of natural resources.

Full Belly Farm is co-owned by Andrew Brait, Paul Muller, Judith Redmond (CA&ES B.S. and M.S) and Dru Rivers (CA&ES B.S.) plus second-generation owners Jenna Clemens and Amon Muller. It has been a certified organic farm since 1985 and is a pioneer for Community Supported Agriculture (CSA) marketing. Located near Guinda in Yolo County, Full Belly Farm produces a variety of crops sold year-round directly to consumers through their CSA program, at farmers markets, in restaurants and stores, and to distributors.

The owners are dedicated to exceptional land stewardship and strive to balance the farm’s bottom line with environmentally sound practices. They are committed to fostering sustainability on all levels, from soil fertility and care for the environment to stable employment for their employees. Full Belly Farm has an extensive education and outreach program, including popular on-farm tours, events, children’s summer camp and a farm internship program.

“Responsible care for our land and other natural resources has allowed California farmers and ranchers to sustainably produce the food and farm products we all depend upon,” California Farm Bureau Federation President Paul Wenger said. “The Leopold Conservation Award recognizes outstanding examples of the stewardship that family farmers and ranchers perform every day.”

Given in honor of renowned conservationist Aldo Leopold, the Leopold Conservation Award recognizes extraordinary achievement in voluntary conservation. In his influential 1949 book, A Sand County Almanac, Leopold called for an ethical relationship between people and the land they own and manage, which he called “an evolutionary possibility and an ecological necessity.”

The Leopold Conservation Award program inspires other landowners through these examples and provides a visible forum where farmers, ranchers and other private landowners are recognized as conservation leaders.

ABOUT THE LEOPOLD CONSERVATION AWARD ®

This article was originally posted on the Planting Seeds blog CA.gov on Dec. 2, 2014.