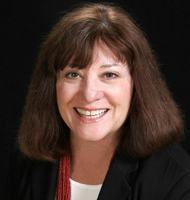 Jacqueline Beckley, president and founder of The Understanding & Insight Group, is a business innovator who translates complex concepts into practical applications that increase brand value and company profitability. She is being honored among “Outstanding Alumni” with a CA&ES Award of Distinction.

Her company, established in 1999, blends qualitative and quantitative knowledge to reveal consumer behavior, leading to the design and development of marketable products and services. Beckley created a proprietary system that identifies consumer motivators. Her process of understanding these insights and integrating them with pertinent business information helped launch more than 500 successful products. Previously, she worked at Nabisco Foods Co. as director of consumer perception, as vice president at Peryam & Kroll Marketing and Sensory Research Corp., as a manager at Quaker Oats Co., and as a scientist at Amoco Chemical Co.

Beckley earned her bachelor of science in 1972, majoring in food science. She also became a registered dietitian and earned an MBA, but Beckley says her UC Davis experience laid the foundation for her success.
She is a frequent speaker at professional conferences and has published extensively. Beckley is a fellow of the Institute of Food Technologists and has received many other honors and awards. She also chairs the development committee of the Food Science Leadership Board in the Department of Food Science and Technology.

“Jackie Beckley is a true champion of UC Davis – her support of our Food Science and Technology students and program is outstanding.  We appreciate her leadership, commitment, and enthusiasm that contribute to the excellence and evolution of our programs.” 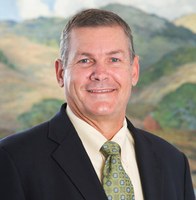 Charles “Chuck” Nichols, a San Joaquin Valley farmer who graduated from UC Davis with degrees in electrical engineering (1983) and agricultural science and management (1984), is a devoted alumnus, generous philanthropist, and respected leader in California agriculture. He is being honored among “Outstanding Alumni” with a CA&ES Award of Distinction.

Under Chuck’s leadership, the Nichols family farming operation focused on nut crops. In particular, the family has become prominent in the growing, processing, and shipping of pistachios and almonds. Chuck has led the California Pistachio Commission, Kings County Farm Bureau, and also served on the California Farm Bureau Federation Board of Directors.

Chuck and his wife, Susie, are UC Davis graduates — along with his parents and eldest son as well. Philanthropy runs in the Nichols family. Parents Graydon and Virginia were among the first members of the Davis Chancellor’s Club and were instrumental in fundraising for the alumni center. Chuck has been contributing to the Davis Chancellor’s Club since 1984. The Nichols family also helped establish and endow the Central Valley Scholars Program, which provides financial support and internships for valley students.

As a past president of the Cal Aggie Alumni Association, Chuck helped the organization grow and also purchase property to build a Sierra Nevada family camp. Chuck and Susie also set up a foundation to provide scholarships for the children of all their employees.

“In the true spirit of UC Davis, he is simply an Aggie who wants to see his alma mater grow and prosper. Chuck may fly his jet or his plane to Davis for various meetings, but he will casually pull his bike out of the back of his aircraft and ride across campus like any student to get to where he is going.” 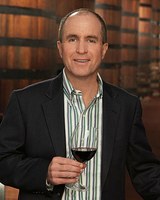 Tom Smith, vice president for winegrowing at the E. & J. Gallo Winery, is a wine industry executive whose success in winemaking and commitment to UC Davis research and education is exemplary. He is being honored among “Outstanding Alumni” with a CA&ES Award of Distinction.

Smith oversees grape growing, grower relations, winemaking, and spirits for the company in the Central Valley and abroad, as well as viticultural, chemical, and enological research. Prior to Gallo, his career included positions as chief winemaker at Delicato Vineyards, winemaker and production manager for Hess Collection Winery, and assistant winemaker at Callaway Vineyards and Winery and Freemark Abbey Winery.

The 1984 UC Davis graduate earned his master’s degree in food science, with an emphasis in viticulture and enology. Today he is a key liaison between industry and campus, serving as vice president of the Executive Leadership Board in the Department of Viticulture and Enology. Smith also has volunteered for industry groups such as the American Vineyard Foundation and the National Grape and Wine Initiative. He is a past president of the American Society for Enology and Viticulture.

Smith believes a good winemaker is a good artist backed by solid, state-of-the-art science. In the Department of Viticulture and Enology, the ongoing willingness of faculty to help winemakers overcome challenges has built a strong partnership with industry.

“Tom Smith exemplifies the impact our alumni have in the wine industry.   He understands and champions innovation and is a huge supporter of UC Davis and the Department of Viticulture and Enology.  We are honored to have Tom as a key member of our global viticulture and enology family."

John Meyer, former UC Davis vice chancellor of Administrative and Resource Management, provided the support and vision that helped shape the face of the campus as we know it today, including new academic buildings and other facilities. He is being honored as a “Friend of the College” with a CA&ES Award of Distinction.

A UC Davis graduate and former city manager of Davis, Meyer came to work on campus in 2000. His portfolio of administrative responsibilities shifted and grew over the years and led to his involvement in negotiations to build major capital projects such as the Robert Mondavi Institute complex and the Plant and Environmental Sciences building. Other CA&ES projects completed during his tenure include the Bowley Plant Sciences Center, the Eichhorn Family House, and the Swine Teaching and Research Center. He also played a role in saving the historic Hog Barn — now the Heitman Staff Learning Center — by promoting its relocation rather than its destruction.

Meyer also served as the institutional official for animal programs and was responsible for helping UC Davis retain its accreditation for animal laboratory care. UC Davis is the most complex animal-use institution in the nation because of the diversity and number of animals used, so accreditation is absolutely essential.

Meyer is known as an “honest broker” who made principled decisions and looked for win-win solutions for everyone.

“John respected all people on campus for their unique contributions, and anyone who worked with him felt at ease, and importantly, he deeply cares for UC Davis, its history, and its future. He understood that the prestige of UC Davis lies in the contributions of the College of Agricultural and Environmental Sciences.”

Jeff Smith, a volunteer at the Bohart Museum of Entomology for 27 years, has devoted thousands of hours of service as a skilled entomologist and ambassador for the world of butterflies and moths. He is being honored as a “Friend of the College” with a CA&ES Award of Distinction.

Over the years Smith took on curation of the museum’s collection of Lepidoptera, the taxonomic order of butterflies and moths. He completely reorganized the collection, which contains more than 400,000 specimens. He spent an estimated 33,000 hours treating thousands of field-collected specimens with humidifying chambers to spread the insects’ wings and reveal their features. This skill has helped integrate thousands of donated specimens into the museum’s collection.

About a decade ago, Smith began assembling specimen drawers from kits, which substantially lowered curatorial costs. More recently he’s applied his expert woodworking skills to scrap lumber to make the drawers himself — more than 2,000 drawers so far at no cost to the university. He also makes smaller specimen boxes for students to use in entomology field classes.

Smith has a phenomenal knowledge of urban insect and spider pests, and frequently fields questions about them. He is a familiar face at open houses and interacts easily and enthusiastically with children and adults. He and his wife have also made financial contributions toward the museum’s endowment.

“Jeff has made major contributions in his work with the museum collections and his tremendous public outreach and education efforts. For him it’s a labor of love. For us he’s the best thing that ever happened.” 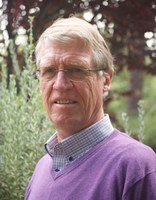 Chris van Kessel, distinguished professor and chair of the Department of Plant Sciences, is an internationally recognized authority on agricultural ecosystems. His effectiveness as an administrator helped galvanize four CA&ES departments into one, and he serves as the founding chair. He is being honored as “Outstanding Faculty” with a CA&ES Award of Distinction.

In December 2004, the departments of Pomology, Environmental Horticulture, Vegetable Crops, and Agronomy & Range Science merged into the Department of Plant Sciences. Van Kessel was chosen to lead the new department with an annual budget of more than $30 million, nearly 75 faculty, 160 graduate students, and more than 50 administrative support staff.

Van Kessel’s research is focused on sustainable cropping systems, with an emphasis on nutrient cycling, greenhouse gas emissions, and soil fertility to optimize agricultural productivity. His publication record includes more than 200 peer-reviewed papers. He also is esteemed as an educator and has mentored 40 graduate students at UC Davis and in Canada, where he worked until 1996 at the University of Saskatchewan.

“The achievements of Dr. van Kessel in all areas of teaching, research, professional competence, and university service are clearly outstanding. He is an exceptional leader in every way. His role as the chair of such a large department at a time when skilled leadership was critically needed was simply amazing.” 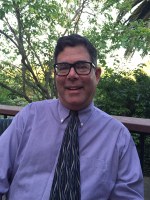 David Ginsburg, director of the UC CalFresh Nutrition Education Program, helped bring stability and growth to a program that serves the nutritional needs of thousands of low-income Californians. He is being recognized as “Outstanding Staff” with a CA&ES Award of Distinction.

A large program in the college, UC CalFresh implements the USDA’s Supplemental Nutrition Assistance Program Education (SNAP-Ed). Its main goal is to improve the diet and nutrition-related skills of CalFresh recipients and their families. In 2008 Ginsburg stepped in when the program was facing major administrative challenges. He provided the oversight and guidance that improved operations with the adoption of transparent procedures and protocols. As a result, program funding has doubled and services have expanded. In partnership with more than 30 UC Cooperative Extension county offices, the UC CalFresh program annually reaches more than 150,000 California residents.

Ginsburg’s exceptional leadership abilities have also been evident on the national level. He served on the Land Grant University SNAP-Ed Program Development Team. He also is former chair of the Association of SNAP-Ed Nutrition Networks and Other Implementing Agencies. Through Ginsburg’s efforts, working relationships with federal agencies have greatly improved. Further, he led efforts among partnering organizations to advocate for needed policy changes.
Ginsburg previously worked on other life-changing programs at the California Public Health Department, American Cancer Society, and with Migrant Education.

“David Ginsburg joined the UC CalFresh Nutrition Education Program as State Office Director in a time of crisis. His excellent leadership saved the program, and he then led it through substantial expansion to the benefit of hundreds of thousands of low-income California children and their parents.”