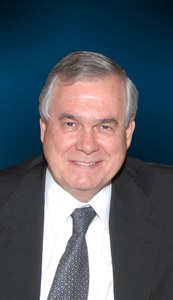 Carlos Alvarez, president and CEO of the Gambrinus Company, is a highly successful craft brewer widely known for his generosity of spirit and devotion to philanthropy. He is being honored as a “Friend of the College” with a CA&ES Award of Distinction.

A native of Mexico, Alvarez moved 30 years ago to San Antonio, Texas, where he established his company. Today, his three distinctive breweries include Spoetzl Brewery in Shiner, Texas; BridgePort Brewing Company in Portland, Oregon; and the Trumer Brewery in Berkeley, California. The Gambrinus Company motto: “Beer brings enjoyment to the world.”

He also is a man who finds enjoyment in empowering young people seeking a better life through education. The Alvarez family has provided millions of dollars to foundations, colleges, and charities throughout the United States.

Alvarez purchased 16 fermenters and gifted $1 million to benefit the UC Davis Brewing Science Program. He believes contributions like this will help educate the future brewers who are in great demand in the rapidly growing craft beer industry. He wants the university to have the cutting-edge technology to prepare students for the workplace. One colleague said of Alvarez: His passion for his business is the engine for his significant charitable efforts.

"As a faculty member and department chair, I know that this type of generous support comes along rarely—once in a career if you’re lucky. Indeed, Food Science and Technology is very lucky to have a friend in Carlos Alvarez." 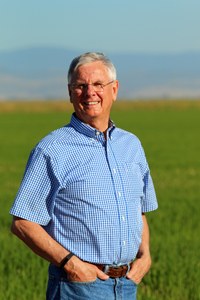 Donald Bransford, a fourth generation family farmer, is a widely respected leader who believes that environmental stewardship and agricultural progress go hand in hand. He is being honored as a “Friend of the College” with a CA&ES Award of Distinction.

Bransford grows rice, prunes, and almonds on 1,200 acres in the Sacramento Valley. He has served on the board of the California Rice Commission since its inception and describes it as a model for all agriculture trade associations because of its proactive approach to issues. As president of the Glenn-Colusa Irrigation District, he led the effort to build a state-of-the-art fish screen to protect migrating salmon.

He is quick to acknowledge the partnership of production agriculture, UC Davis research, and the applied expertise of Cooperative Extension specialists. “I am reminded every day of the importance of the university to my success as a farmer,” he says.

Bransford also believes in giving back to the university— through gifting, hosting farm tours, and serving on search committees and departmental reviews. Currently the chair of the UC President’s Advisory Commission on Agriculture and Natural Resources, Bransford is known for inclusive leadership. He also represents UC on the Council for Ag Research, Extension and Teaching.

"Don is an exemplary agriculturist. He incorporates the best management practices into everything that he does, ensuring that his soil is balanced and healthy, that he conserves water, and that the men and women with whom he works are treated with the utmost respect and appreciation."

—Craig McNamara, farmer and president
California State Board of Food and Agriculture 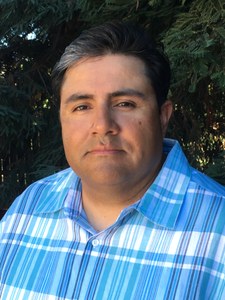 Israel Herrera, principal superintendent of the Russell Ranch Sustainable Agriculture Facility, oversees field research and farming operations at the University of California’s premier site for the development of sustainable agriculture. He is being recognized among staff with a CA&ES Award of Distinction.

The 300-acre Russell Ranch at UC Davis consists of more than 80 one-acre “farms” comprising the 100-year Century Experiment on agricultural sustainability. Each of these plots must be meticulously managed with different inputs, operations, and timing to provide researchers with reliable data. Herrera’s roles and responsibilities have grown tremendously over the 20 years he’s worked at the ranch. He is a mentor to a core group of staff and undergraduate assistants, and provides real-world farming knowledge and insight to professors, specialists, and graduate students.

Herrera has built a strong social network with farmers, farm advisors, university staff, and the agriculture industry. Through his connections, essential farm equipment has been donated to Russell Ranch. He also helped bring infrastructure improvements to conserve water and energy and improve the reliability of water supplies.

Known for his sense of responsibility, compassion, and generosity—combined with his exceptional creativity, management skills, and social capital— Herrera has a well-deserved reputation as a CA&ES treasure.

“Israel’s leadership is a key reason why Russell Ranch has evolved into a global center of innovation and research excellence in sustainable agriculture. Nobody knows Russell Ranch better than Israel Herrera." 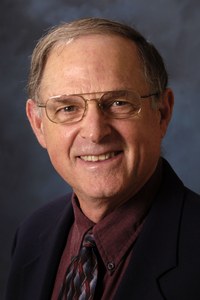 Jim Hill, emeritus associate dean for international programs, is a distinguished public servant who has touched the lives of many—as a Cooperative Extension rice specialist and as the leader of the college’s International Programs Office. He is being honored among faculty with a CA&ES Award of Distinction.

Raised in the rice-growing community of Sutter, Hill was naturally drawn to study agriculture and in 1973 earned his Ph.D. in plant physiology at UC Davis. After a postdoctoral fellowship in environmental toxicology, he took assignments at UC Davis first as an extension weed scientist and then as the extension rice specialist. Hill worked diligently with growers to increase crop productivity through improved cultural and pest management practices. He helped the rice industry drastically reduce pesticides in irrigation runoff and develop alternative techniques to decompose rice straw.

Hill chaired the Department of Agronomy and Range Science from 1984 to 1999.  From 1999 to 2002, he took a temporary leave from UC Davis to work at the International Rice Research Institute in the Philippines and with agricultural research and extension systems throughout Asia. In 2005 he was appointed CA&ES associate dean for international programs and has since led projects in Vietnam, Afghanistan, Pakistan, Iraq, and other countries.

“Dr. Hill was instrumental in addressing the issues that rice growers were facing every day. He came to our farms, he listened and most importantly he found solutions. He quickly became an invaluable contributor to our industry." 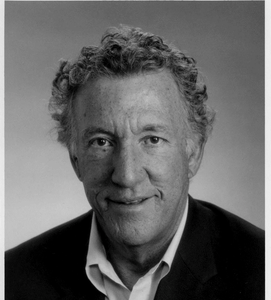 Peter Mattson, founder of the food-product development company Mattson Inc., has been an integral part of UC Davis food science—teaching classes, advising the department, and hiring graduates. He is being honored as a “Friend of the College” with a CA&ES Award of Distinction.

For more than 40 years, Mattson’s company has been developing innovative products, package design, and market strategies. Mattson has had a hand in everything from chips to broth to hot cereals to creamy yogurt dressings to gluten-free chocolate chip cookies. The company created a red wine-based mustard for Grey Poupon, a sunflower seed-based snack for National Pretzel Holdings, and the first vacuum-roasted, glazed walnut under the Emerald brand for Diamond Foods.

Mattson served as a member and vice chair of the UC Davis Food Science and Technology Leadership Board and has consistently advocated on behalf of the department, faculty, and students. He brought his own industry experience and guest lecturers to a senior seminar.  He has strongly advocated for and demonstrated his philanthropic support of the Department of Food Science and Technology, enabling more student and faculty involvement in academic and professional food science activities. He also has raised millions for land preservation efforts in Northern California.

“Pete has been inspirational and passionate in sharing his ideas to ensure students are prepared for good jobs in industry and to ensure the academic food science programs are as relevant as possible to the current demands of the food and beverage industry.” 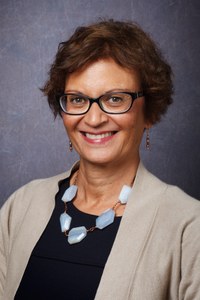 Therese (Watkins) McMillan, chief planning officer for the Los Angeles County Metropolitan Transportation Authority, is one of the nation’s leading transportation planners. She is being honored among alumni with a CA&ES Award of Distinction.

A UC Davis internship with the California Transportation Commission ignited her passion for transportation policy. In 1981, she earned her B.S. in environmental planning and management and then went to UC Berkeley, where she became the first student to complete its dual degree program in transportation and received master’s degrees in city planning and civil engineering.

“Therese is one of the most respected and admired transportation officials in the country. She consistently brings an unparalleled level of innovation, collaboration, and inclusiveness to her work.” 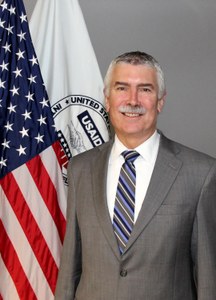 Robert Bertram, chief scientist of the Bureau for Food Security at the U.S. Agency for International Development (USAID), is a leader in international efforts to end hunger in the developing world. He is being honored among alumni with a CA&ES Award of Distinction.

Early in his career Bertram felt the call to do international work, first studying wheat and barley in Syria and then joining USDA’s international branch.  His “big break” occurred in 1983 when he joined USAID, where he has since taken on greater responsibilities working with organizations such as the Consultative Group on International Agricultural Research.

He helped USDA and the State Department negotiate an international treaty on plant genetic resources, served as chair of a U.N. Food and Agriculture Organization commission developing a seed and germplasm agreement, and helped establish Feed the Future innovation labs at U.S. universities (including five at UC Davis). Bertram works to keep USAID agricultural programs focused on improving nutrition outcomes.

“Rob’s career serves as an outstanding illustration of the service mission to solve real world problems through research that is inherent in the land grant university. He has been the leading voice in the international development community for the importance of public goods research in the service of agricultural development.”