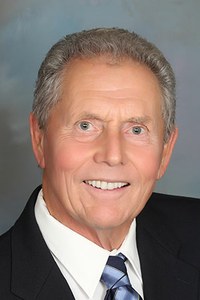 Jack De Wit, patriarch of a family rice farming operation, is an industry leader who is a strong supporter of UC Davis research, Aggie football, and charitable causes. He is being honored among alumni with a CA&ES Award of Distinction.

De Wit transferred to UC Davis in 1963 to play football and get a degree. In 1966, he graduated with a B.S. in agricultural business management and then was hired by the Rice Growers Association to oversee production of certified rice seed. In the early 1970s he joined with fellow alumnus Jack Anderson to grow his own rice. Today, De Wit farms 3,500-acres, much of it in the Yolo Bypass, with his wife, Bonnie, and sons, Mike and John.

He helped found the California Wild Rice Advisory Board and serves on other boards, including the California Crop Improvement Association and the Yolo Basin Foundation. In addition to Aggie football, the De Wits support many other causes, such as the Yolo County Food Bank. They also established the Jacob Wayne De Wit Student Athlete Award in honor of their grandson who lives with severe autism.

“Jack is an Aggie through and through. He has in so many ways been an icon for UC Davis and the college. It’s not a stretch to say that Jack has dedicated nearly a half century of service to California agriculture.” 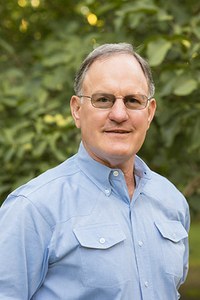 Donald Norene, president of Norene Ranches in Rio Oso, is a third-generation walnut farmer who has held many industry leadership posts and has been instrumental in rallying industry support for UC Davis research. He is being honored among alumni with a CA&ES Award of Distinction.

Donald earned his bachelor of science in agricultural science and management in 1973 and then joined with his father, Roy, and brother, Jerry, to farm peaches, walnuts, rice, and beef cattle. Twenty years later the cling peach industry was losing profitability, so Donald made the bold,—and successful—move to replace all their peach trees with walnuts.

Norene Ranches is an early adopter of research to improve walnut production and irrigation. He and son Davin cooperate with UC on research into variety development, rootstocks, nematode control, integrated pest management, and other areas.

“UC gets the credit for research, but none of this would have been possible without Donald’s forward thinking and exceptional contributions as a grower cooperator. He has exhibited extraordinary leadership, achievement and service to the California walnut industry, and through his strong support of research and extension programs at UC Davis over many years, brought distinction to the college.” 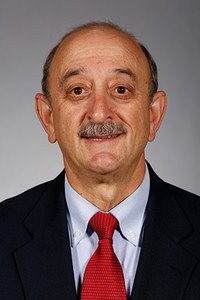 Max Rothschild, a distinguished professor in Agriculture and Life Sciences at Iowa State University, is an animal geneticist whose research has significantly improved swine and other livestock species. He is being honored among alumni with a CA&ES Award of Distinction.

Rothschild earned a B.S. in animal science at UC Davis (1974), an M.S. at the University of Wisconsin (1975), and a Ph.D. at Cornell University (1978). A faculty member at Iowa State for most of his professional career, his pioneering work on the application of molecular genetics focuses on genes of economic importance, such as immune response, reproduction, performance, and meat quality.

He is committed to improving crop and animal systems in developing countries. Rothschild served as a Jefferson Fellow in USAID’s Bureau of Food Security, assisted in a Norman Borlaug goat genome project, and is currently the co-director of a Global Food Security Consortium centered at Iowa State University.

Rothschild feels passionate that UC Davis and the Department of Animal Science provided the foundation for his success and has made a pledge of support to create opportunities for future students to achieve their potential.

“Dr. Rothschild is considered one of the world’s foremost animal geneticists and has earned this well-deserved recognition through his unique and highly productive research program, his exemplary activities as U.S. Pig Genome Coordinator, his contributions to the animal industry, and his service and teaching in animal breeding and genetics.” 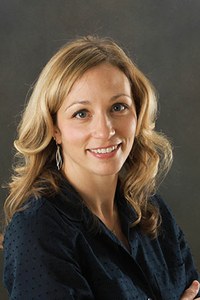 Jennifer Pierre, a 2003 graduate with a Bachelor of Science degree in environmental biology and management, quickly established herself as a rising star in the complex world of water management and environmental compliance. She is being honored among young alumni with a CA&ES Award of Distinction.

Discovered at a UC Davis job fair, Jennifer was immediately hired by the global consulting and technology services firm ICF in Sacramento. As a project manager, she specialized in compliance with federal and environmental laws for water-related projects involving supply, infrastructure, levee improvements, and restoration. She has worked primarily in the San Francisco Bay—San Joaquin Delta region, addressing the complexities of major water project operations, regulatory requirements, scientific analyses, and interagency coordination.

In February of this year, Jennifer was selected as the new general manager of the State Water Contractors, an organization representing 27 public water agencies responsible for delivering water to 26 million Californians and 750,000 acres of agricultural land. The SWC found her “uniquely qualified” to help the organization take on some of the state’s most challenging water supply, environmental, and infrastructure needs

“Jennifer is breaking many barriers as the first woman, non-engineer, under 40, and environmentally rooted general manager to be selected officially in the top slot of the umbrella organization for the state’s water agencies.” 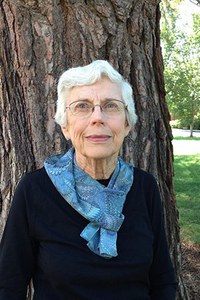 Katherine “Kate” Mawdsley, retired from the University Library since 1993, turned her enthusiasm for nature into a multi-faceted career of volunteering for programs that educate the public about plants. She is being honored as a friend of the college with a CA&ES Award of Distinction.

She volunteers at the Center for Plant Diversity, cataloging and curating specimens and helping with research and collection projects. Kate is a founding member and past president of the Davis Botanical Society and is a docent for the Jepson Prairie Reserve (a vernal pool and grassland area that is part of the University’s Natural Reserve System) and a volunteer for the UC Davis Arboretum.

Kate loves the “down-to-earth pragmatism and nurturing spirit” of a land-grant campus, and has made two substantial bequests to support the Center for Plant Diversity and Stebbins Cold Canyon Reserve.

“Kate has been one of those exceptional volunteers who asked what needed to be done, scheduled a time to do it, and followed through with energy and enthusiasm. Her intelligence and organizational skill have benefitted many local organizations.” 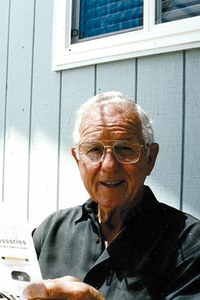 Gabe Patin, a leading executive in the seed industry for many years, helped nurture development of the Seed Biotechnology Center (SBC) at UC Davis from the time it was an idea until the day it opened its doors on campus in 2003. He is being honored as a friend of the college with a CA&ES Award of Distinction.

In the early 1990s, Gabe was president of Sakata Seeds, America, and a highly respected leader in the seed industry. He led a statewide effort to build support for the project and convinced his employer to make the lead gift to start the campaign. His vision and leadership within the California Seed Advisory Board resulted in a three-year grant to fund creation of the Seed Biotechnology Center. The board has since contributed more than $3 million in operational support. Today, SBC has a permanent home in the Plant Reproductive Building.

At 87 years of age, he is fond of saying that his involvement in the creation of the public-private partnership that is the Seed Biotechnology Center is one of the greatest accomplishments of his life.

“Gabe was instrumental in convincing his colleagues in the seed industry to make this investment in their own future. It was his convincing arguments that this was not charity, but rather an investment that would repay major returns.” 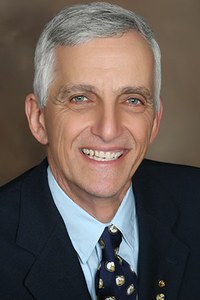 Ed DePeters, a popular and well-respected professor of animal science, has impacted the California dairy industry tremendously by inspiring legions of UC Davis students to become involved in dairy production and directly engaging the state’s dairy producers. He is being honored among faculty with a CA&ES Award of Distinction.

Raised on a small farm in the state of New York, DePeters became interested in animal agriculture and worked hard to achieve his goals. He earned a B.S. at Cornell University and his M.S. and Ph.D. at The Pennsylvania State University, where he focused on dairy science. He began his career at UC Davis in 1979.

Much of his research focuses on dairy nutrition, evaluation of byproduct feedstuffs, and enhancing the nutritional profile of milk, specifically milk proteins and fatty acids. He has also served as the animal science master advisor since 2006, and has won many awards for teaching, research, and advising.

DePeters describes his life as one “fortunate” occurrence after another. He attributes his success to a loving family, decades of grateful students, and supportive colleagues, staff, and industry folks. All have benefitted from the dedication, enthusiasm, and creativity of “Dr. D.”

“Ed DePeters is a man with an attitude—exuberantly positive in responding to the research needs of dairy farmers and their bovine partners. His research into dairy nutrition, physiology, and feedstuffs is the basis for many daily decisions made on dairy farms. He instills excitement in his students and makes their classroom experience technically sound, fun, and memorable.” 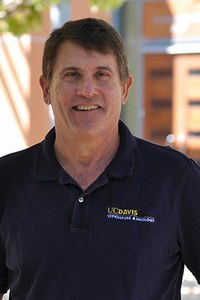 Charles “Chik” Brenneman, winemaker and facility manager for the Department of Viticulture and Enology, oversees all winemaking operations and has been an invaluable partner with the faculty in creating UC Davis’ world-renowned research and teaching program and facilities. He is being honored among staff with a CA&ES Award of Distinction

After earning his UC Davis master’s degree in food science with a concentration in enology, Chik gained 10 years of practical winemaking experience at several Northern California wineries. In 2006 he accepted his current position at a time when the university was planning and developing its new winery at the Robert Mondavi Institute for Wine and Food Science. Chik says helping design the winery has been the highlight of his career.

“Chik has provided a level of enthusiastic participation and effective contributions far beyond that expected of his position as we planned, constructed, equipped, started and operated the new LEED Platinum Teaching and Research Winery and Jackson Sustainable Winery Building.”