Carol L. Folt, the newly appointed president of the University of Southern California, honed her scientific and leadership skills as a graduate student at UC Davis. 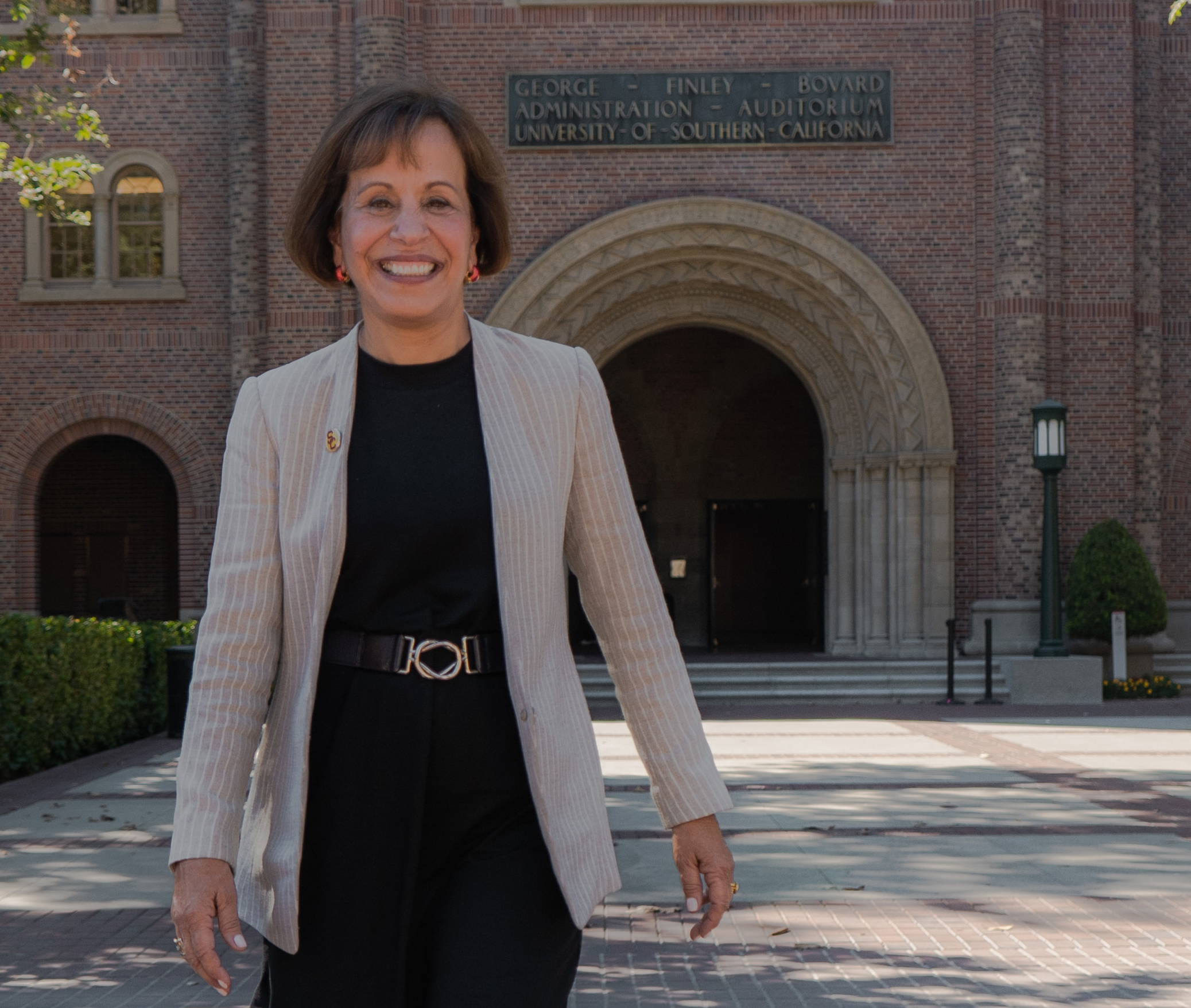 After earning her bachelor’s and master’s at UC Santa Barbara, she came to UC Davis to study the ecology of freshwater ecosystems. Her thesis examined predator-prey dynamics in Lake Tahoe. Her advisor, Dr. Charles Goldman, described her as one of his top five graduate students out of more than 100 he mentored. She earned her doctorate in 1982.

Folt later joined the faculty at Dartmouth, where she researched metal toxicity and received an endowed professorship. She also served as a dean, provost, and acting president. Folt mentored more than 100 students, published extensively, and led several major centers. She is an elected fellow of the American Association for the Advancement of Sciences.

In 2013, she became chancellor of the University of North Carolina, and in 2019, president of USC. She holds the Robert C. Packard President’s Chair.

Folt is married to David Peart, who also received his doctorate from UC Davis. They have two grown children, Noah and Tessa.

Carol demonstrated her scientific and personal qualities of leadership during her Ph.D. studies on Lake Tahoe. She was a pioneer in the study of chemical warfare between animal plankton.

Vicki Kretsinger Grabert, president and principal hydrologist with Luhdorff & Scalmanini Consulting Engineers, has helped communities throughout California find solutions to their groundwater challenges for more than 30 years. She is being honored among alumni with a CA&ES Award of Distinction. 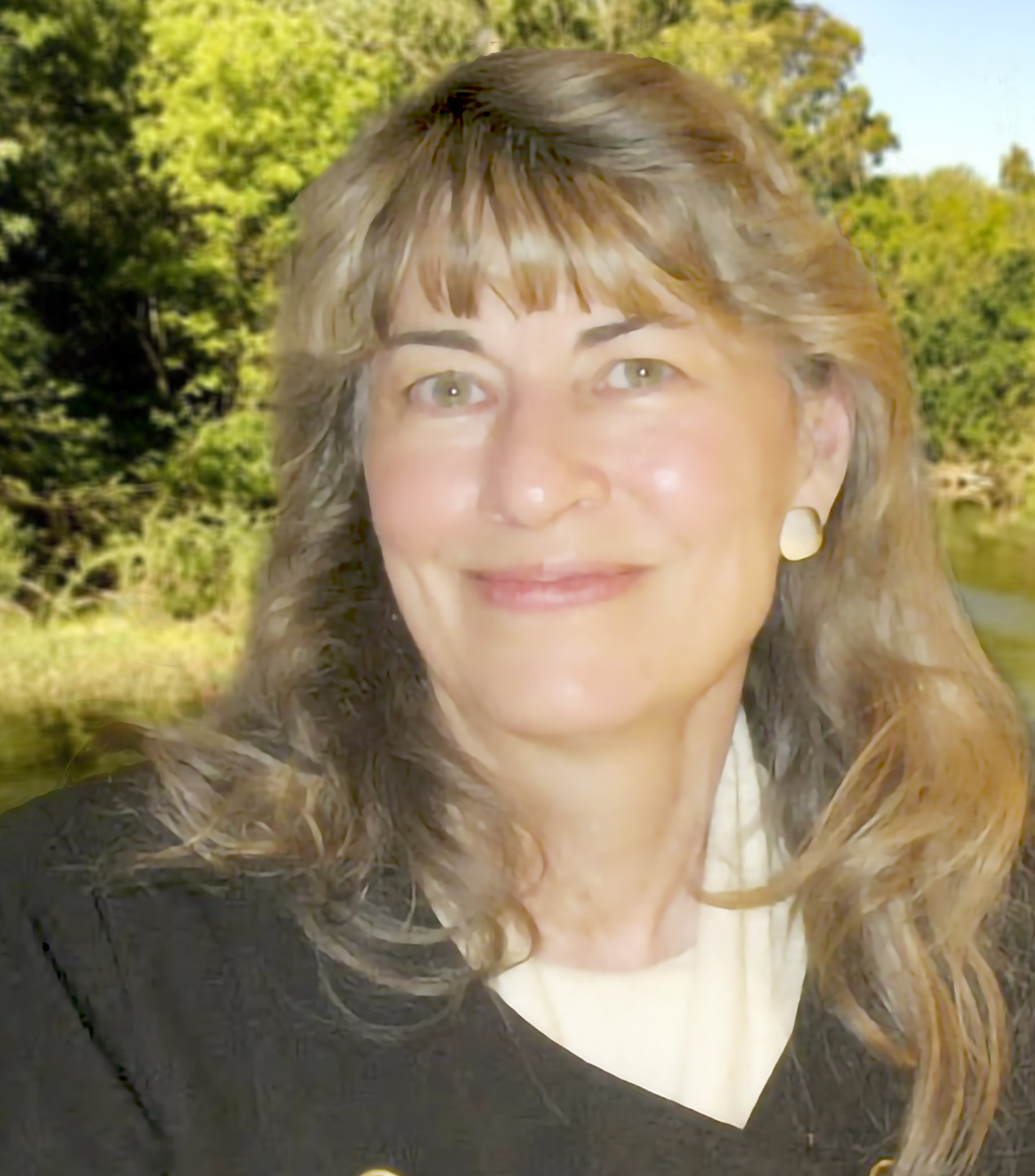 Grabert earned her bachelor’s degree in environmental toxicology (1977) and in 1983 joined the Woodland-based groundwater consulting firm she now leads. While working, she returned to campus to study groundwater hydrology and water quality, earning a master’s degree (1989). Her connections with UC Davis faculty remain strong.

Grabert has managed county and basin-wide groundwater monitoring programs, characterized groundwater conditions throughout California, and prepared groundwater management plans and water supply and quality assessments for cities, water purveyors and the agricultural community. She is the founding president of the Groundwater Resources Association of California (GRA) in 1992, a member of its board of directors for 23 years and continues as an emeritus director. She organized the launch of GRA’s Contemporary Groundwater Issues Council (2010), which consists of nearly three dozen local, state, national and international distinguished executives and leaders who provide input on information, education and programming needs.

Vicki Kretsinger Grabert has done our campus and CA&ES proud through her professional and service work, steadfastly solving groundwater problems and making state and national water resources more secure and sustainable as a result.

Jennifer Fitchhorn-Walker, director of milk quality for Danone North America, is an accomplished veterinarian whose career is driven by a commitment to the welfare of farm animals. She is being honored among alumni with a CA&ES Award of Distinction. 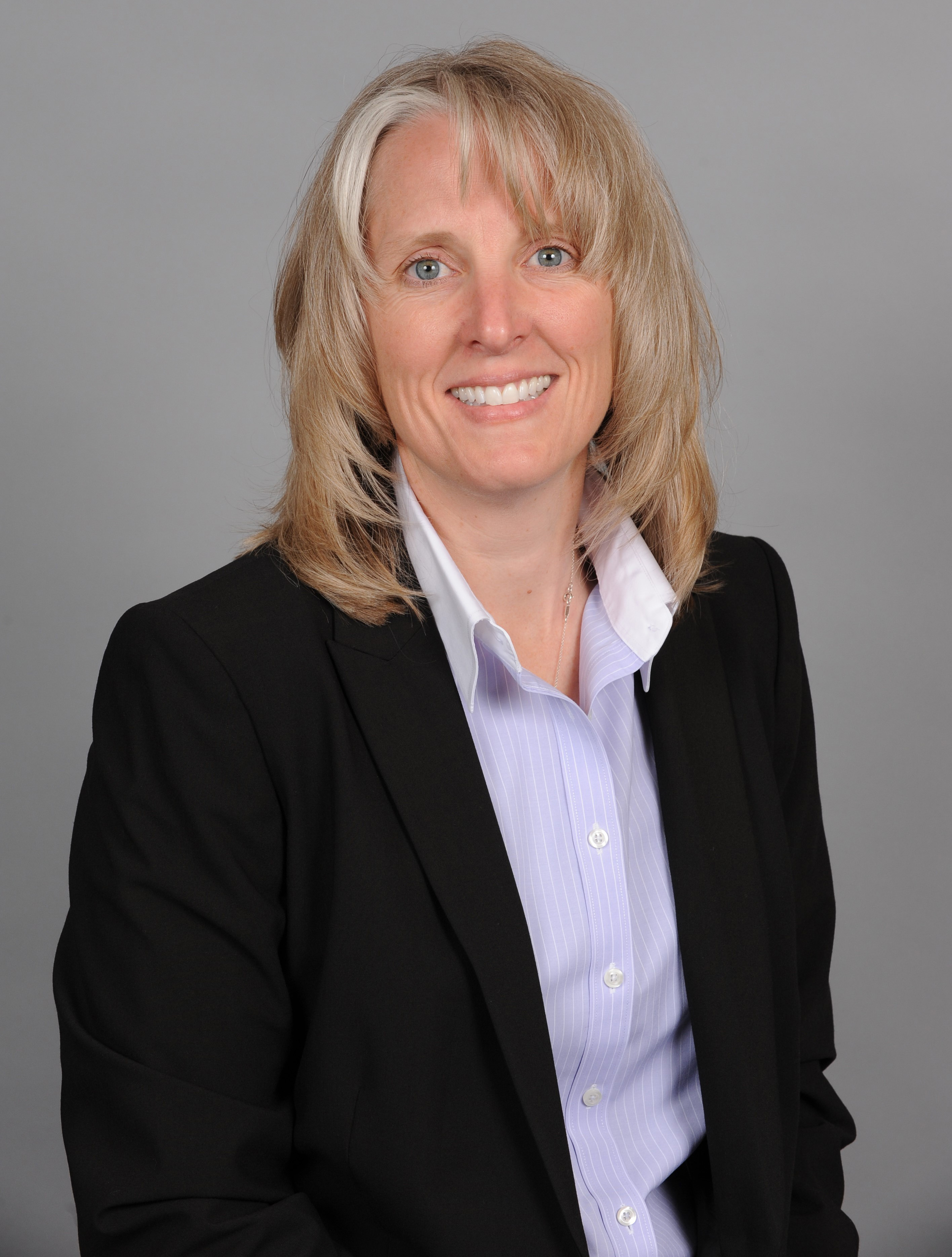 “Dr. Jen” earned a bachelor’s in animal science (1994) and doctorate in veterinary medicine, specializing in food animal herd health and reproduction (2000). After vet school, she joined a dairy herd health practice in Escalon focused on udder health and on-farm education. She furthered her animal welfare interests with a doctorate in preventive veterinary medicine at The Ohio State University (2010) and a master’s in international welfare, ethics and law from the University of Edinburgh (2018).

She is a sought-after industry leader who worked as director of dairy stewardship with Dean Foods (2010-2018), once the largest dairy processor in the U.S. In 2018, she joined Danone North America, a business unit of the global company Danone and the largest Certified B Corp in the world. Dr. Jen still works closely with UC Davis faculty and students and has established an animal welfare fund in the Department of Animal Science.

Her achievements have dramatically shaped national best practices about how dairy cattle welfare is audited in the United States. Her efforts are truly extraordinary... She does more to directly improve the lives of dairy cattle than any other single individual in the U.S

Briana Perry Stoops, an agriculture teacher at Woodland High School, is an enthusiastic instructor who develops inspirational curricula that motivate students to engage in the world around them. She is being honored among young alumni with a CA&ES Award of Distinction. 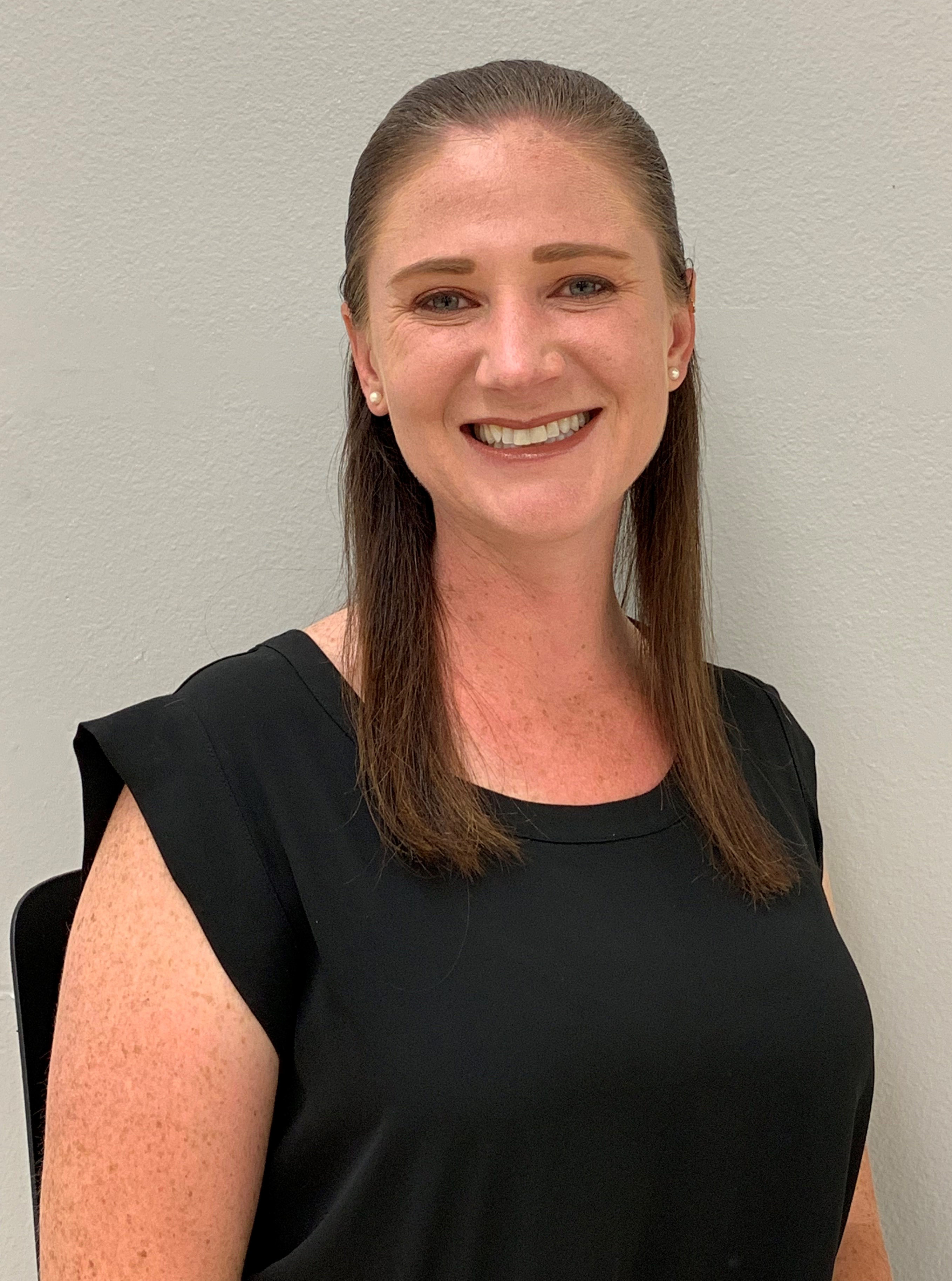 Stoops taught for a year at Florin High School in Sacramento and then found her teaching home at Woodland High School, where she has been for eight years. She teaches agricultural economics, animal science and veterinary science. She is an FFA adviser and liaison with a local agriculture boosters organization.

Stoops regularly takes students on field trips and tours to experience her alma mater. She says her education at UC Davis prepared her well for a career as an agriculture teacher and opened many doors to a world she never imagined.

Briana is a phenomenal agriculture teacher and advocate for both UC Davis and agriculture education. Briana is truly changing lives every single day in her career. I have never met a more creative teacher. She excels at bringing content to life.

Harold McClarty, a fifth-generation California farmer, built the international tree fruit and grape-growing business HMC Farms with hard work and a deep appreciation for people and the land. He is being honored as a friend of the college with a CA&ES Award of Distinction. 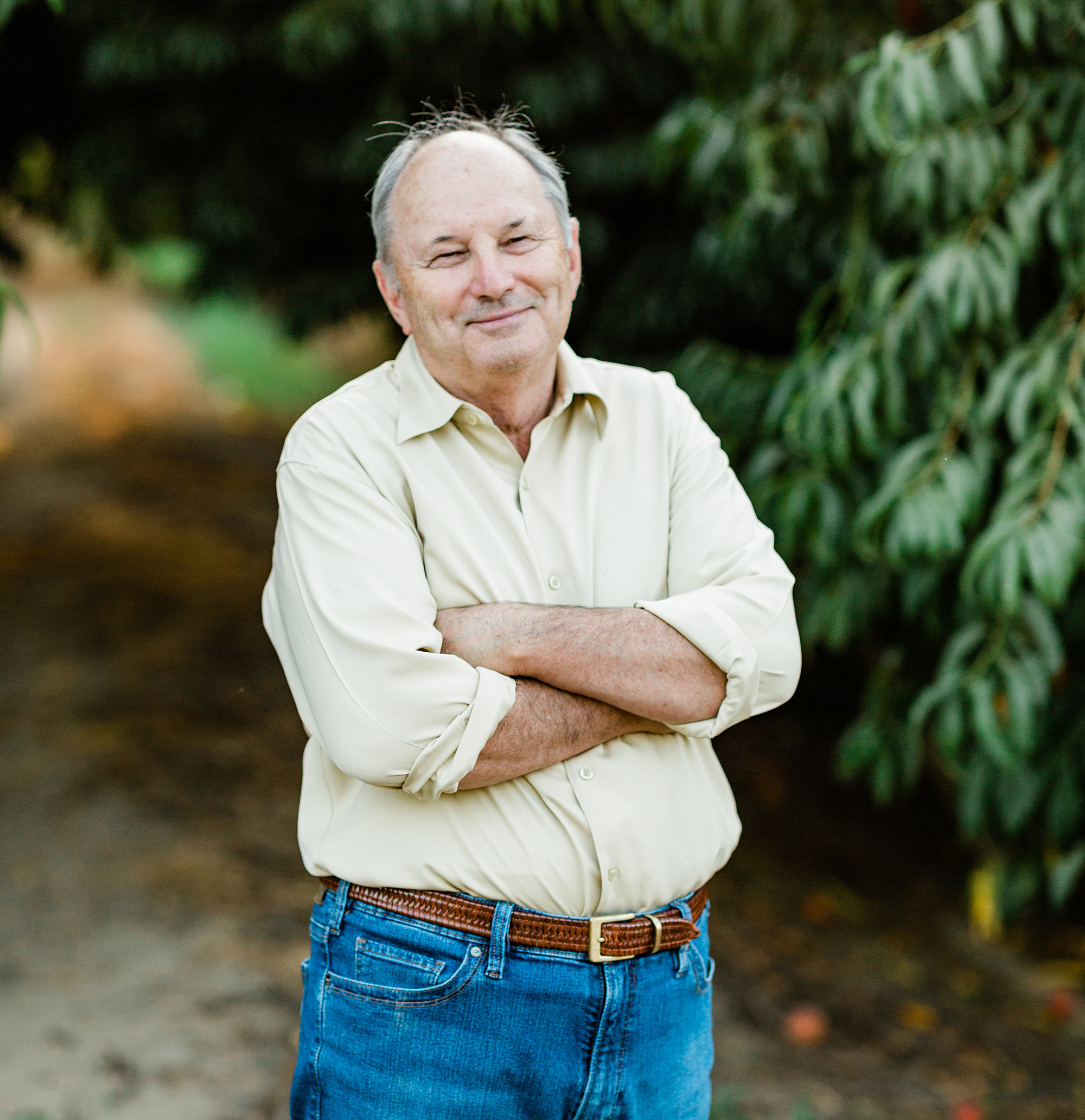 The McClarty family has been farming in the Central Valley since 1887. One hundred years later, after graduating from UC Santa Cruz, McClarty established the HMC group of companies on the family’s original 40 acres. A commitment to innovation has helped grow the family business into a vertically integrated tree fruit and table grape supplier with locations in California, Chile, Mexico and Peru.

Today, the family business includes their two children and spouses. The McClarty family believes in the value of education and giving back to the community. Harold served as a UC Davis Foundation Trustee for six years. McClarty’s wife, Deborah, is a UC Davis alumna, and the family supports many UC Davis projects, including the Agricultural Sustainability Institute’s Adopt-an-Acre program. They also support school garden programs, invest in their local community college in Reedley and give to the California Agricultural Leadership Foundation.

Harold McClarty is one of the most forward-thinking individuals in California agriculture who consistently honors his modest beginnings by giving back to many worthy causes, particularly to those that help in educating our young people. He is a thoughtful, humble man whose opinion is valued by countless others.

Richard J. Sexton, an internationally distinguished scholar, has skillfully chaired the Department of Agricultural and Resource Economics—twice—and helped elevate its reputation with colleagues and students alike. He is being honored among faculty with a CA&ES Award of Distinction. 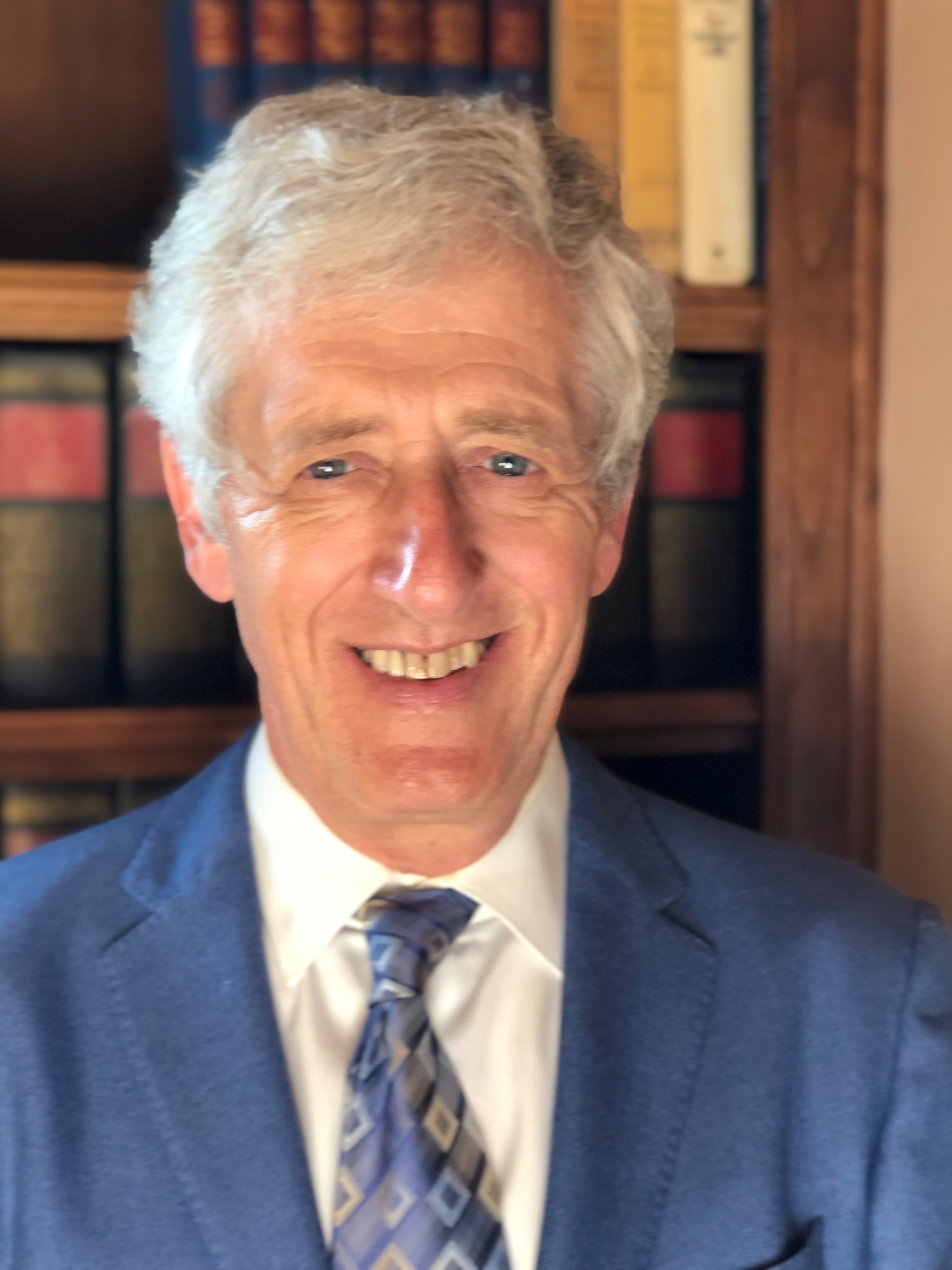 Sexton joined UC Davis faculty in 1984 after completing his doctorate at the University of Minnesota. His research focused initially on the economics of agricultural cooperatives, but he quickly broadened his area of expertise to the industrial organization of agricultural markets. Today, he is regarded as the world’s leading scholar on the structure of markets, product differentiation, competition, and coordination within the supply chain. His groundbreaking work has encompassed a wide range of California commodities, including tree fruits and nuts, fresh produce, processing tomatoes, cattle and dairy.

He has excelled as both teacher and advisor. His teaching accomplishments earned him recognition from the UC Davis Academic Senate and the Agricultural and Applied Economics Association. Sexton chaired his department from 1994 to 1998 and from 2011 to 2016. His initiatives led to strong enrollment growth in the popular managerial economics major, as well as the master’s program.

The California League of Food Producers has enjoyed working with Dr. Sexton and has been truly impressed by his technical skills, understanding of the agricultural industry, and his integrity as a scholar. He is a valuable asset to UC Davis, the agricultural economics profession, and to the California food processing industry.

David E. Ramos, UC Cooperative Extension specialist emeritus, is a master at bringing together academics and producers to make lasting progress in California’s walnut industry. He is being honored among emeriti with a CA&ES Award of Distinction. 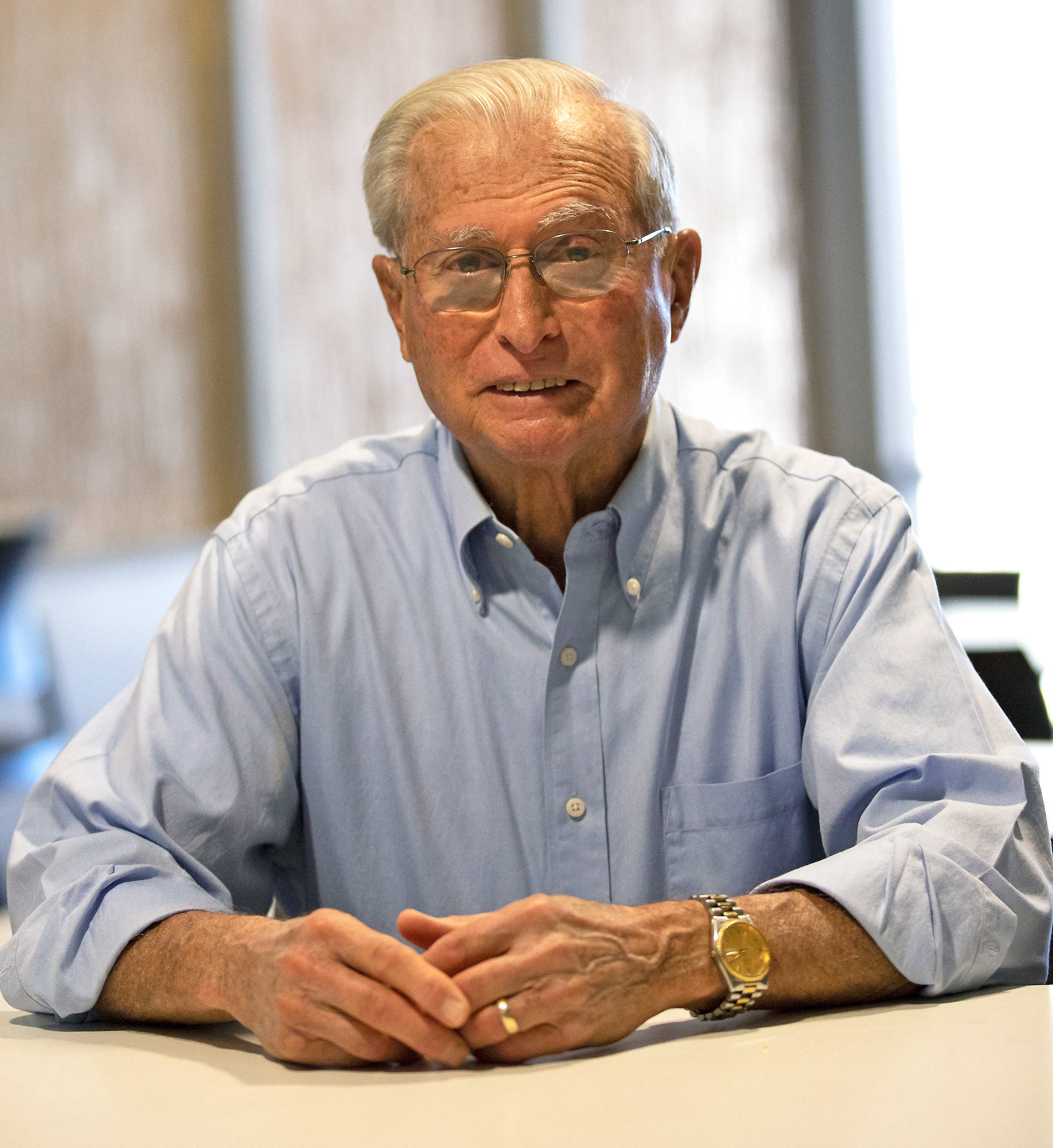 Ramos developed an early and deep appreciation for agriculture growing up on the family’s peach farm near Modesto, so UC Davis was a natural draw. He earned a bachelor’s in animal science (1956), a master’s in horticulture (1959) and a doctorate in plant pathology (1974). He worked as a UCCE farm advisor in Santa Clara and Stanislaus counties before becoming the statewide specialist for walnuts and prunes in the Department of Pomology (1971). He also served as UCCE campus director and then CA&ES associate dean for Cooperative Extension before retiring from UC Davis in 1996.

After years of work on walnut production issues and as an administrator, Ramos joined the California Walnut Board as research director for 21 years. With his extraordinary networking skills, he brought together a team of academics with the support of industry to advance walnut genomics. This achievement continues to pay huge dividends for UC research on tree crop biology.

One of Dave’s biggest successes was his vision and ability to bring the walnut industry into the modern world of molecular genetics… As a direct result of his hard work, the industry has now provided over $3 million to support genomics research on the UC Davis campus.

Carol Hillhouse, associate director at the UC Davis Student Farm, has guided experiential learning for university students and schoolchildren there for more than 25 years. She is being honored among staff with a CA&ES Award of Distinction. 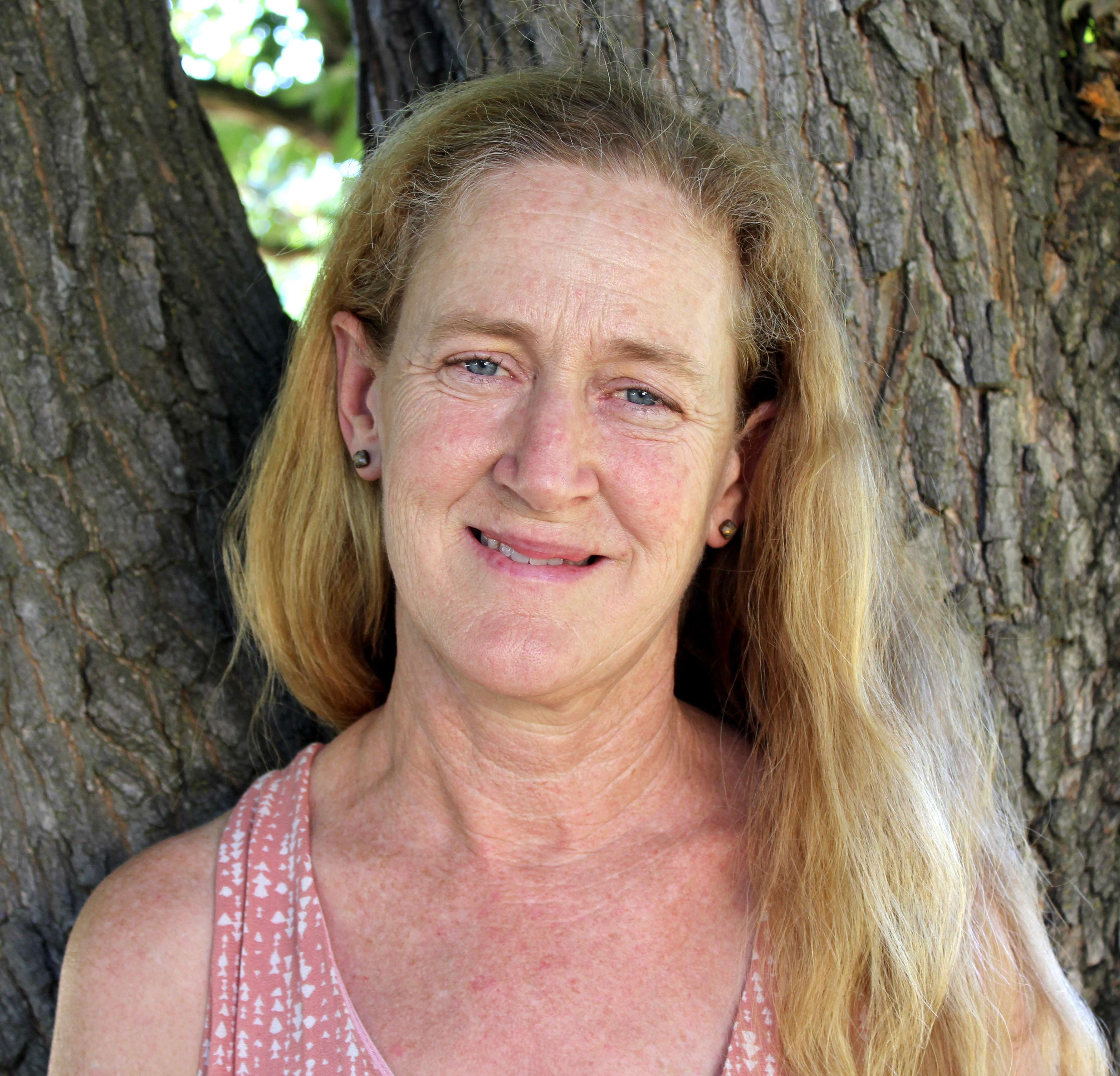 Hillhouse came to UC Davis as a graduate student in 1987. She quickly developed a love of California agriculture through coursework, field research, and as an inspector for certified organic farms. She found her calling in 1991 at the Student Farm, where she initially led the Ecological Garden and the school field trip program and was key to advancing school gardens across California.

As the Student Farm has grown, Hillhouse has provided leadership for current programs like the Community Table Project, the Leadership Development and Training Program, the Flower Project, and the Sustainable Living and Learning Communities, and was part of the team recently acknowledged with the Chancellor’s Achievement Award for Diversity and Community.  She has introduced thousands of UC Davis students to agriculture and mentored many into positions as educators and leaders in their own right.

Carol has excelled as an extraordinary educator and mentor, an innovative creator and implementer of diverse educational and service programs, an exemplary leader committed to creating a more sustainable future, and a dedicated practitioner of helping all students learn, grow and reach their potential.

Register for College Celebration
Past Award of Distinction Recipients