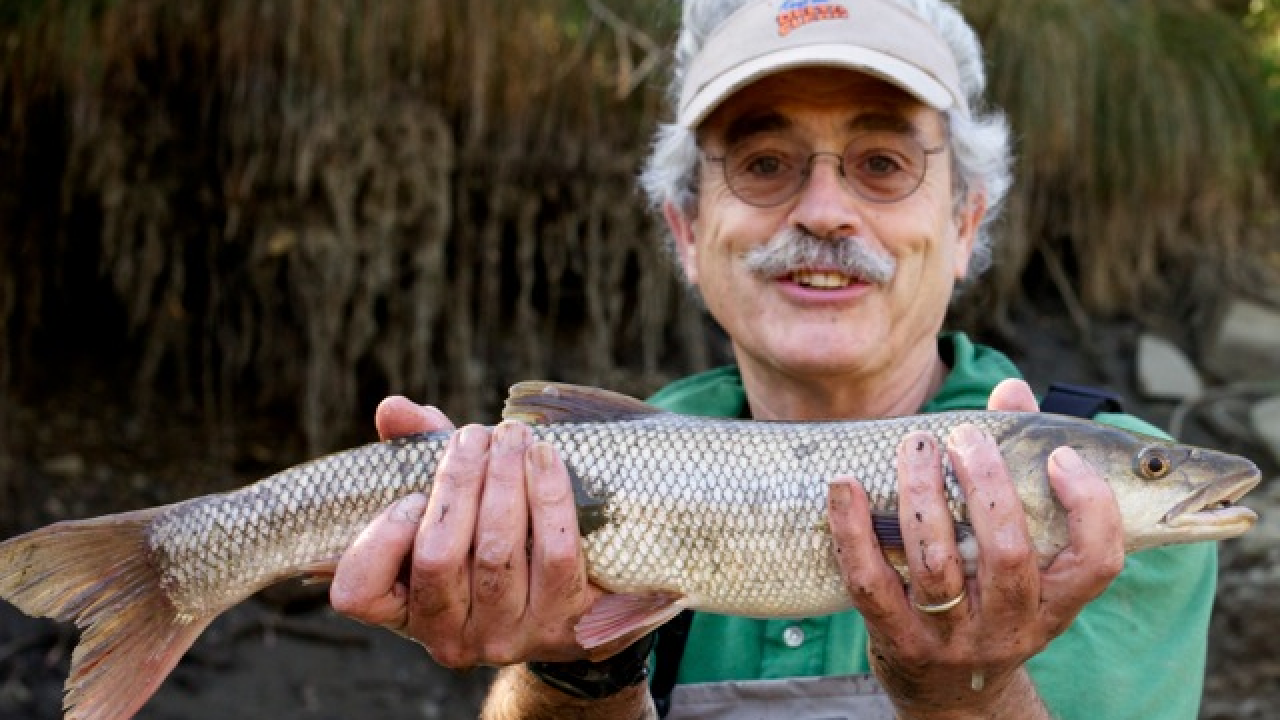 Salmon and other native freshwater fish in California will likely become extinct within the next century due to climate change if current trends continue.

Salmon and other native freshwater fish in California will likely become extinct within the next century due to climate change if current trends continue, ceding their habitats to non-native fish, predicts a study by scientists from the Center for Watershed Sciences at the University of California, Davis.

The study, published online in May 2013 in the journal PLOS ONE, assessed how vulnerable each freshwater species in California is to climate change and estimated the likelihood that those species would become extinct in 100 years.

The researchers found that, of 121 native fish species, 82 percent are likely to be driven to extinction or very low numbers as climate change speeds the decline of already depleted populations. In contrast, only 19 percent of the 50 non-native fish species in the state face a similar risk of extinction.

“If present trends continue, much of the unique California fish fauna will disappear and be replaced by alien fishes, such as carp, largemouth bass, fathead minnows and green sunfish,” said Peter Moyle, a professor of fish biology at UC Davis who has been documenting the biology and status of California fish for the past 40 years.

“Disappearing fish will include not only obscure species of minnows, suckers and pupfishes, but also coho salmon, most runs of steelhead trout and Chinook salmon, and Sacramento perch,” Moyle said.

Fish requiring cold water, such as salmon and trout, are particularly likely to go extinct, the study said. However, non-native fish species are expected to thrive, although some will lose their aquatic habitats during severe droughts and low-flow summer months.

The top 20 native California fish most likely to become extinct in California within 100 years as the result of climate change include (asterisks denote a species already listed as threatened or endangered):

The species are listed in order of vulnerability to extinction, with No. 1 being the most vulnerable.

Climate change and human-caused degradation of aquatic habitats is causing worldwide declines in freshwater fishes, especially in regions with arid or Mediterranean climates, the study said. These declines pose a major conservation challenge. However, there has been little research in the scientific literature related to the status of most fish species, particularly native ones of little economic value.

Moyle saw the need for a rapid and repeatable method to determine the climate change vulnerability of different species. He expects the method presented in the study to be useful for conservation planning.

“These fish are part of the endemic flora and fauna that makes California such a special place,” said Moyle. “As we lose these fishes, we lose their environments and are much poorer for it.”

Co-authors of the study were postdoctoral students Joseph Kiernan, Patrick Crain, and Rebecca Quinones of the Center for Watershed Sciences at UC Davis.

Funding for the study was provided by the California Energy Resources Conservation and Development Commission Instream Flow Assessment Program.