Paleo diet not as simple as it sounds

Around the Internet, on TV talk shows and in some fitness centers, people are touting a new weight-loss trend – the Paleolithic diet. Proponents suggest the modern Stone Age nutrition plan mirrors the diet on which humans evolved over millions of years. Adherents swear off farmed foods like wheat, dairy, sugar and legumes and rely on a hunter-gatherer menu of meat, nuts, fruit and vegetables.

“The Paleo Diet is a lifestyle based on the idea that in the past 40,000 years, our DNA has changed very little,” says the Dr. Oz Show website. “Therefore, eating processed foods like cereals, dairy products, and refined sugars invite disease and weight gain.”

When new diet fads hit the airwaves, UC Cooperative Extension’s nutrition educators hear questions. The nutrition educators are in schools, neighborhood centers, community gardens and health fairs teaching the evidence-based Dietary Guidelines for Americans, established by the USDA, to low-income Californians. At an annual training session held this month in Davis, nearly 200 UCCE educators were briefed on the Paleo diet by Sheri Zidenberg-Cherr, UC Cooperative Extension specialist in the Department of Nutrition at UC Davis.

She said she’s open to new nutrition trends, but has some doubts about copying the dietary habits of our cavemen ancestors.

“After all, they only lived for 15 or 20 years,” Zidenberg-Cherr said. “Dr. Oz is going to say anything to get people excited.”

Ancient diets varied widely by location and historic period, making it difficult to accurately reconstruct eating patterns. And some of the published rationale for the Paleo diet is wrong. 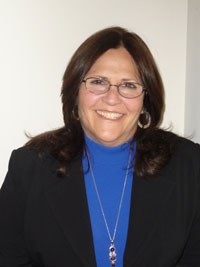 Zidenberg-Cherr said researchers are now beginning to explore the complex interplay of genes and lifestyle on an individual’s weight and health - a field called epigenetics. Ultimately, the research may one day provide personalized nutrition therapies that maximize genetic potentials, prevent chronic disease and improve treatment outcomes.

Epigenetics might explain the rave reviews by some who have been successful with the Paleo diet.

The constant drumbeat of diet breakthroughs and fads, however, does tend to confuse the public and erode their confidence in nutrition messages.

“It’s our responsibility as nutrition scientists and educators to act as credible sources of science-based nutrition recommendations,” Zidenberg-Cherr told the UCCE nutrition educators.