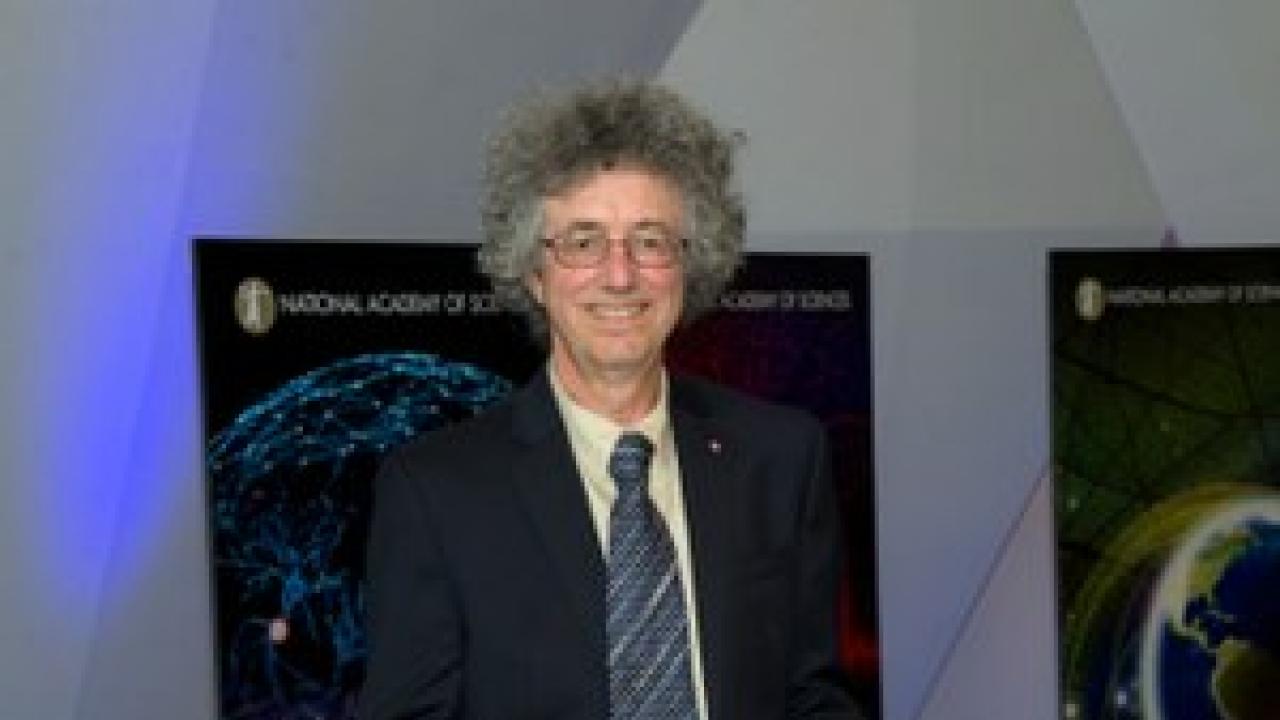 Environmental science and policy professor Alan Hastings has been received into the National Academy of Sciences. Hastings was elected to the prestigious body in May 2015, and was officially inducted during a ceremony in Washington, D.C., on May 7, 2016.

Hastings, a theoretical ecologist in the Department of Environmental Science and Policy, studies all areas of spatial ecology. His research has used mathematical models to understand shifts in natural system—from saltmarsh grasses and coral reefs to chaos in ecology.

His recent research has helped explain synchronous events in the environment—work applicable to why species go extinct—as well as how humans may be forcing an irreversible “tipping point” for Earth.

He developed with collaborators some of the initial models of marine protected areas, showing their value as a management tool. In addition to other influential work, a number of his contributions have helped explain the dynamics of ecological populations and food webs.

Hastings earned his Ph.D. in applied mathematics at Cornell University in 1977 and joined the faculty at UC Davis in 1979.

The new NAS class comprises 84 members and 21 foreign associates (from 15 countries) elected in recognition of their distinguished and continuing achievements in original research. The academy now has 2,250 active members and 452 foreign associates, including six faculty from the College of Agricultural and Environmental Sciences.

The National Academy of Sciences is a private, nonprofit institution established under a congressional charter signed by President Abraham Lincoln in 1863. It recognizes achievement in science by election to membership, and—with the National Academy of Engineering, Institute of Medicine and National Research Council—provides science, technology, and health policy advice to the federal government and other organizations.