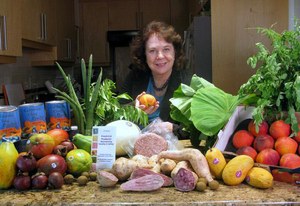 Christine Bruhn, a consumer food marketing specialist in the Department of Food Science and Technology, is an international authority on consumer attitudes and behavior. She is being honored as “Outstanding Faculty” with an Award of Distinction.

Bruhn’s research focuses on consumer attitudes toward food safety and quality, the results of which guide education programs about food safety, new products, and new technology. As a Cooperative Extension specialist, she has examined consumer attitudes toward production and processing technologies such as high-pressure processing, food irradiation, and food applications of biotechnology. Her research also has addressed safe food handling, nutrition, and risk communication. She serves as director of the Center for Consumer Research on campus.

With the UC Davis School of Medicine, Bruhn identified food allergy training needs for physicians and developed educational material for the public on managing food allergies. Her observational research on home food preparation highlighted discrepancies between consumer beliefs and what actually occurs in home kitchens.

In 2002, Bruhn was elected a fellow of the Institute of Food Technologists, the foremost body representing food scientists in industry, academia, and government. In 2005, she was selected for a food safety educator award by the International Association for Food Protection and was selected a fellow of this society in 2012. Bruhn retired in June but remains active in studies on consumer attitudes.

“Through her distinguished research in consumer attitudes and behavior, coupled with expertise in communications, Dr. Bruhn has shaped food safety and health communication and helped bring science-based information to the public, the food industry, and government decision makers.” 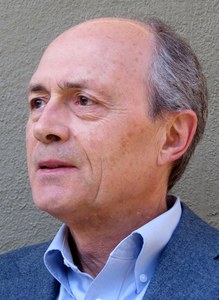 François Korn, owner and managing director of SeedQuest, is a pioneering entrepreneur whose advocacy for research, education, and outreach at UC Davis has invigorated the seed industry in Northern California and beyond. He is being honored as a “Friend of the College” with an Award of Distinction.

In 1992, Korn created SeedQuest, the central information website for the global seed industry. He has been an advisory board member of the Seed Biotechnology Center (SBC) at UC Davis since its establishment in 1999 and has contributed to the development of several educational programs. He helped with the SBC’s capital campaigns and is currently leading an effort to establish an endowment for the position of center director.

Korn is passionate about connecting UC Davis students with seed professionals, taking them to visit seed companies and meet with researchers and managers, and setting up internships. He also helps develop programs at community colleges in Woodland and Salinas to prepare students for jobs in the seed and plant industry.

“François Korn has a deep commitment to UC Davis. He volunteers his time, energy, and enthusiasm in a manner that transfers his passion to everyone he engages with, creating a research enterprise that is relevant and immensely valuable to both academia and industry.” 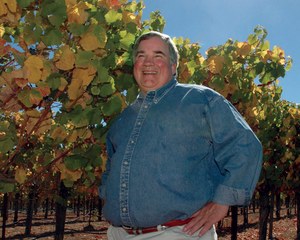 Steve Leveroni, a business leader, winegrower and philanthropist, has helped the college’s scholarship programs, endowed chairs, and research projects through his stewardship and counsel. He is being honored as a “Friend of the College” with an Award of Distinction.

A native San Franciscan, Leveroni and his family have long been involved in Sonoma and Lake counties. His father, a prominent banker, helped clients buy and develop orchards and vineyards. That exposure helped instill in Steve a love for working the land, and today he oversees a Lake County ranch that produces winegrapes, and he oversees a large cattle ranch.

Initially, Leveroni followed his father into the banking business, but then spent more than 20 years building a Bay Area independent insurance brokerage. In 2012, he and colleagues formed ABD Insurance and Financial Services. As executive vice president, he serves clients in industries that include agriculture, wine, food and beverages, technology, manufacturing, and professional services.

Leveroni has been supportive of UC Davis’ rangeland management programs. He is committed to giving back to the community, and has helped others do the same. Through his efforts, this college has been the recipient of more than $20 million. He has been honored for contributions to the Italian-American community and for helping underserved youth find guidance through athletics and after-school programs.

“The vision of Russell Rustici lives on through the strong support and leadership of Steve Leveroni, allowing UC Davis to become a recognized leader in applying cutting-edge research to solve real-world rangeland and livestock management issues critical to the sustainability of California’s ranching community.” 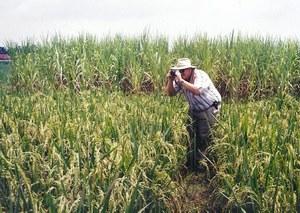 Corwyn “Corky” Lovin, an agricultural specialist in the CA&ES International Programs Office (IPO), developed training programs to enhance overseas markets for more than 30 years. He is being honored as “Outstanding Staff” with an Award of Distinction.

Lovin received a bachelor’s degree (1975) and a master’s degree (1976) in animal science at UC Davis. He joined the International Programs Office while still a student and through the years became a key player in the creation of training programs and courses in field and classroom settings. He delivered 329 training programs and workshops for individuals from 141 nations during his career with IPO. This includes 124 USDA Cochran Fellowship programs, which train people from middle-income countries, emerging markets, and emerging democracies to improve local agricultural systems and strengthen trade with the United States.

As head of the International Agricultural Visitors Program, Lovin also ran programs for people interested in learning about California agricultural production and marketing systems and the role of CA&ES in these systems.

Lovin became an expert in understanding the issues and product pathways necessary to access local, regional, and international markets. He regularly joined overseas missions to assess markets, which kept him away from his family for as much as six months out of the year. Corky Lovin retired in May but remains active with IPO.

"Corky Lovin was among the first to develop Cochran programs for the USDA Foreign Agricultural Service. For many years he represented UC Davis in USDA FAS Washington, and received a special recognition from USDA for his stellar delivery of high-quality programs. Corky’s contributions to our International Programs Office have been immeasurable." 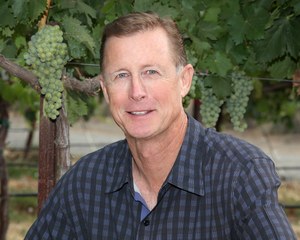 Frank Muller, a Yolo County farmer who graduated from UC Davis in 1979 with a degree in agricultural and managerial economics, has been instrumental in bringing sustainable agricultural practices into large-scale production. He is being honored among “Outstanding Alumni” with an Award of Distinction.

With brothers Tom and Louie Muller, Frank Muller has grown the family farming operation over the years from several hundred acres of field crops to several thousand acres of processing tomatoes, peppers, winegrapes, olives for oil, walnuts, almonds, sunflower seed, alfalfa, and cucumbers. Muller’s Yolo Vineyards also bottles its own wine under the Route 3 label. The farm includes some organic acreage, but what distinguishes the operation is how it has grown in scale, complexity, diversity, and commitment to sustainability.

Muller Ranch uses sustainable production methods such as integrated pest management, reduced tillage, drip irrigation, cover crops, and hedgerows. Habitat restoration along farmland adjacent to Cache Creek is also part of the Muller philosophy. The Mullers embrace on-farm experimentation in cooperation with UC researchers, which has helped broaden the interest in sustainability throughout the grower community.

Frank Muller has a deep involvement in community service, devoting many hours to the 4-H program. He also helped the local arts community with “The Art and Ag Project” to enhance appreciation of rural landscapes and farmers.

“Muller Ranch reflects Frank’s personal integrity in the way he respects and cares for his land and the people. He personally cares for his employees by giving them safe and satisfying work, paying them fairly, and trying to provide them jobs throughout the year.” 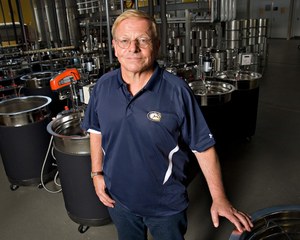 Thurman “T.J.” Rodgers, founding CEO and president of Cypress Semiconductor Corp., is the driving force behind technological innovations at UC Davis that are setting a new standard in research winemaking. He is being honored as a “Friend of the College” with an Award of Distinction.

Rodgers, who holds multiple design and manufacturing patents, made a gift of more than 150 advanced, wireless, research fermentors for the campus’s LEED Platinum winery. He led a design team of Cypress engineers, project managers, and network and database analysts who worked with members of the Department of Viticulture and Enology in the design of the fermentors and control systems. These fermentors have vastly improved the precision and reproducibility of the department’s research wines.

Rodgers also helped with the installation of sensors for a wireless temperature and energy monitoring network in both the Teaching and Research Winery and the Jess S. Jackson Sustainable Winery Building. These innovations have helped make these buildings among the most advanced in the world.

His philanthropic support also benefits graduate students who are developing sensors to monitor yeast growth, the extraction of phenolics and color in red wines, and wireless networks for winery and dairy building environments.

Cypress Semiconductor has a stellar reputation and was once described by The Wall Street Journal as “a quintessential entrepreneurial company.”

“We now have the most advanced winery in the world, thanks in large part to T.J. Rodgers’ contribution of time and resources, and have begun experiments on the science of winemaking based on this technology, an accomplishment that no other organization in the world can do.” 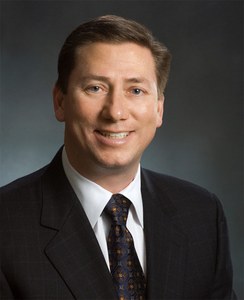 Chris Zanobini, president and CEO of Ag Association Management Services, is a 1988 CA&ES graduate and business executive who has helped gain industry support for research and new facilities at UC Davis. He is being honored among “Outstanding Alumni” with an Award of Distinction.

Driven by an interest in plants and flowers, Zanobini came to UC Davis to pursue a career in agriculture. He earned a bachelor’s degree in plant science and then entered the flower business. He later earned a UC Davis MBA in 2000.

His company provides management and operational services for more than 20 agricultural associations, foundations, commissions, and marketing orders. Under Zanobini’s leadership, a number of these organizations have stepped up to sponsor UC Davis research or to support new building projects such as a new feed mill.

UC Davis is central to Zanobini’s life. This is where he met his wife, Mary Zanobini, and many of his friends are fellow alumni. “I find satisfaction in building networks and knowledge to help those who feed the world,” he says.

“Chris Zanobini is a true champion of UC Davis — his commitment to our programs is wonderful. I’m working with him on the new feed mill project and his support has made all the difference. As an opinion maker in California agriculture, his endorsement means a tremendous amount.”
— Frank Mitloehner, professor, Department of Animal Science