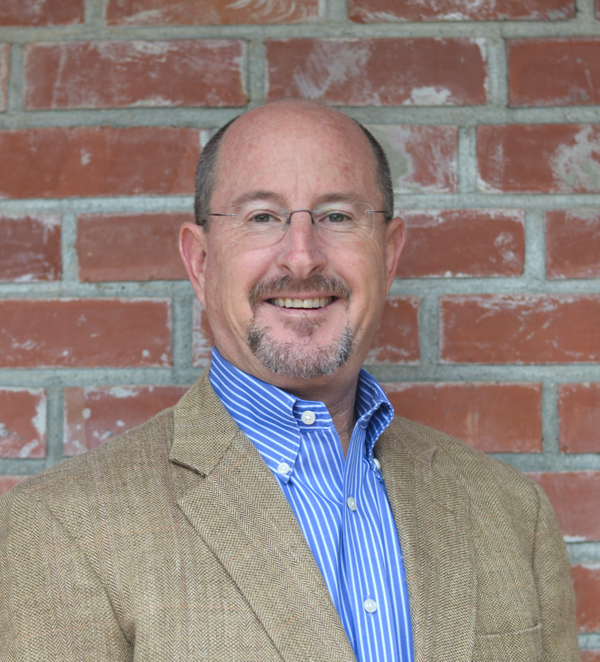 Ernest Farley, a partner in Andrew Williamson Fresh Produce, is a forward-thinking industry leader and devoted Aggie who is building bridges with his alma mater. He is being honored among alumni with a CA&ES Award of Distinction.

Farley graduated in 1987 with a bachelor’s degree in agricultural sciences and management—even though he came to UC Davis with no background in agriculture. In his sophomore year he joined Alpha Gamma Rho, and soon his fraternity brothers were showing him their family farming operations. That and some great professors opened the doors to his career in the produce industry.

He has been active in a number of industry leadership posts, including with the Grower-Shipper Association of Central California and the Produce Marketing Association. He also is part of the Equitable Food Initiative, a solutions-oriented stakeholder group addressing social justice and environmental issues.

Farley has hosted tours of coastal produce operations for UC Davis students, set up informational meetings with CA&ES Dean Helene Dillard and key industry leaders in the Salinas Valley, and also brings industry insight to his alma mater as a member of the Dean’s Advisory Council.

“Ernie, in so many ways, reflects the very best of the college. He exhibits excellence in all he does and approaches business and associates with an inclusive, innovative and out-of-the-box approach.” 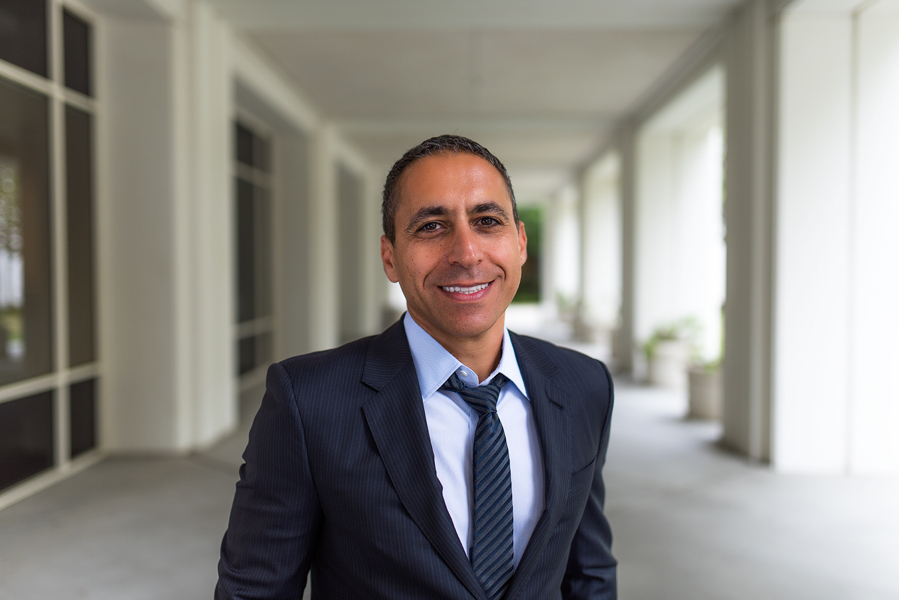 Payam Zamani, an entrepreneur, philanthropist and angel investor, has founded a number of successful technology and internet-based companies. He is being honored among alumni with a CA&ES Award of Distinction.

Born in Iran, he fled the country in 1987 at the age of 16 to escape religious persecution of his Baha’i faith, which teaches love and unity among all people. He was granted asylum in the United States and was thrilled with the opportunity to attend a university, something he could not do in his native country.

Zamani put himself through college and earned a B.S. in environmental toxicology at UC Davis in 1994. Shortly after graduating, he began his entrepreneurial journey launching internet businesses, including the first online car-buying service, Autoweb.com. He is founder, chairman and CEO of One Planet Ops, which operates online businesses in the home improvement, real estate and automotive industries and also funds early-stage technology startups. He also serves on the board of many technology-based startups and mentors budding entrepreneurs.

“What sets Payam apart from the typical serial entrepreneur is he believes in giving back and puts his money where his mouth is. Payam has become one of the key supporters for multiple nonprofit agencies devoted to women’s rights, education in the developing world and the oneness of humanity.” 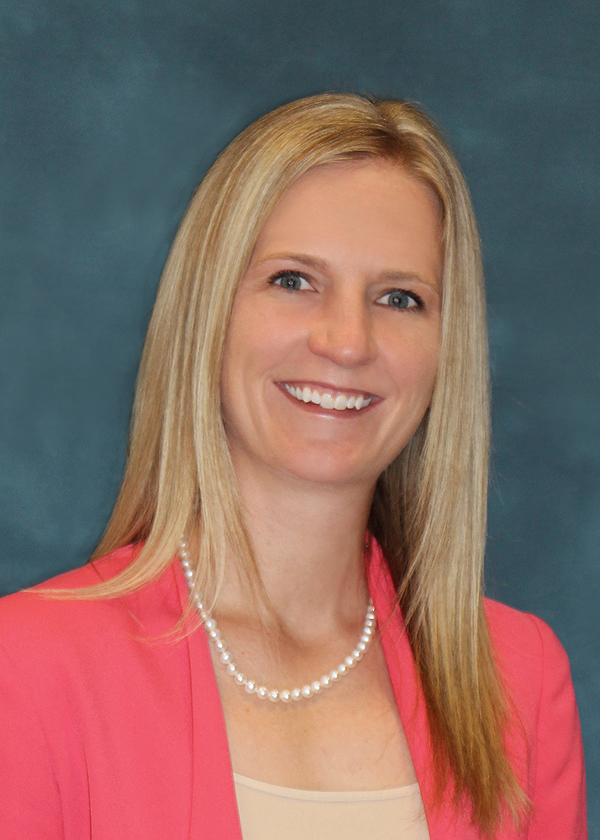 Kimberly Stackhouse-Lawson, a three-time graduate of UC Davis animal science programs, has quickly become a leader in the meat industry through her development of successful sustainability initiatives. She is being honored among young alumni with a CA&ES Award of Distinction.

Stackhouse-Lawson grew up in rural California and showed sheep competitively with 4-H and FFA. She also was a student shepherd at the UC Davis Animal Science Sheep Facility. She earned her B.S. in animal science and management (2006), M.S. in animal science (2008) and doctorate in animal biology (2011). Later that year she became the executive director of global sustainability for the National Cattlemen’s Beef Association, where she led a comprehensive sustainability assessment.

In 2016, Stackhouse-Lawson joined JBS USA, the largest meat company in the world, as their director of sustainability. She oversees sustainability initiatives at more than 100 facilities handling beef, pork, chicken and lamb. She also chairs the U.S. Roundtable for Sustainable Beef and is a member of the CA&ES Dean’s Advisory Council.

Stackhouse-Lawson says what she learned at UC Davis, especially from animal science faculty, enabled her to lead in an industry where few would imagine a young woman could be so successful.

“Her ability to communicate complex science to a wide array of audiences and build trust across disparate groups of individuals has been critical to allow sustainability efforts to proceed successfully within the United States.” 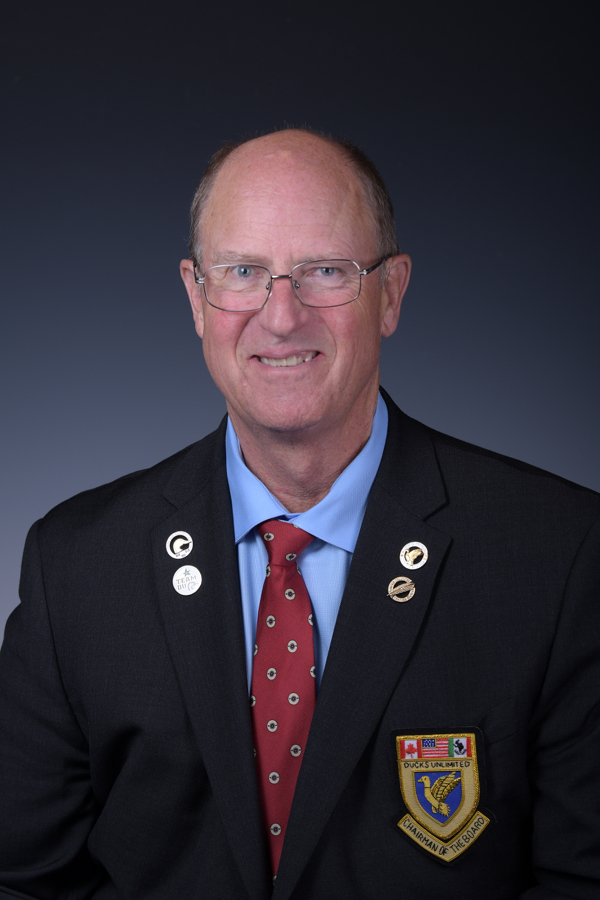 Paul R. Bonderson, Jr., chairman of the board of Ducks Unlimited, Inc., is a champion of conservation education whose philanthropic support has had a major impact on UC Davis waterfowl programs. He is being honored as a friend of the college with a CA&ES Award of Distinction.

Bonderson and his wife, Sandi, facilitate and fund off-campus opportunities for students to learn about waterfowl, wildlife and habitat restoration. In 2011, the Bondersons made a successful $500,000 challenge gift to the Dennis G. Raveling Endowed Waterfowl Professorship, which was created in 1994 to provide permanent funding for research, teaching and outreach.

The Bondersons established a student hunter camp in partnership with the California Waterfowl Association for wildlife majors who have never hunted but are planning careers as biologists or wildlife managers. The program introduces students to the commitment, support and respect hunters have for wildlife and habitat.

Bonderson cofounded and is now retired from Brocade Networks, a leader in computer storage networks. He has more than 30 years of computer industry experience, including engineering careers at Intel and Sun Microsystems.

He also serves the college as a member of the Dean’s Advisory Council.

“Paul has been a steadfast supporter of everything we do and are aspiring to do—the student hunter camp, the Raveling Waterfowl Chair, the wildlife museum and our work at Bird Haven Ranch. His dedication and support will help ensure the future of waterfowl and wetlands in North America.” 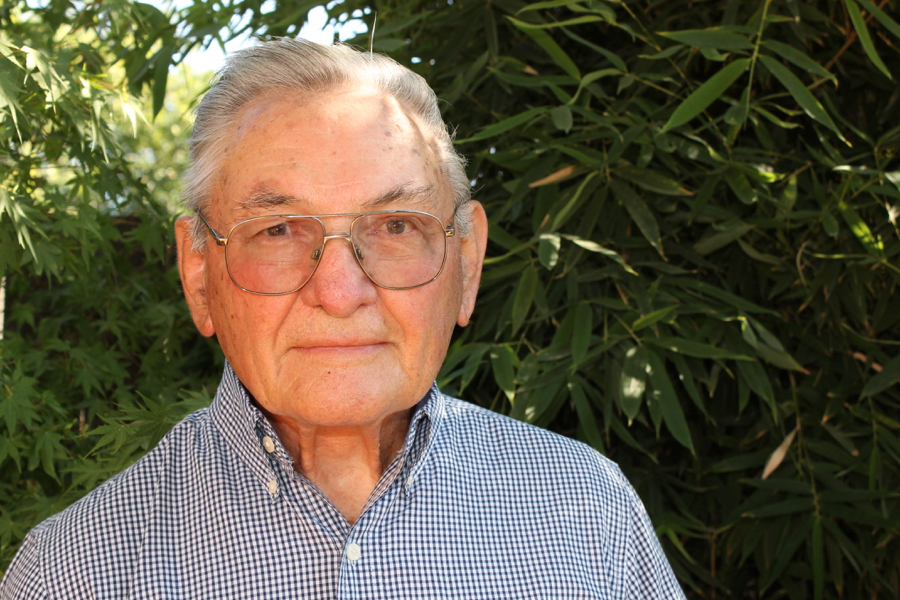 Leland “Lee” Ruth, a veteran government relations strategist and adviser to agricultural associations, has been a champion of agricultural education and research throughout his career. He is being honored as a friend of the college with a CA&ES Award of Distinction.

Ruth attended Cal Poly, San Luis Obispo, where he earned a bachelor’s degree in animal science and a master’s in education and agriculture. He taught high school vocational agriculture for six years and then led the California FFA program for two years at the California Department of Education.

Most of his career was with the Agricultural Council of California, which represents agricultural cooperatives. He has been director of information, director of government affairs, executive secretary and president. In 1989, Ruth was instrumental in securing passage of AB 1597, which established the Center for Cooperatives at UC Davis. He also has consulted in the development of several cooperatives supporting energy and business development.

“Lee’s work at the Ag Council on behalf of California agricultural cooperatives was legendary. He enabled farmer-owned cooperatives to prosper and thrive in California… Lee was a reliable and trusted partner to help guide the Department of Food and Agriculture along a responsible path in support of a long-term robust agricultural enterprise in the state.” 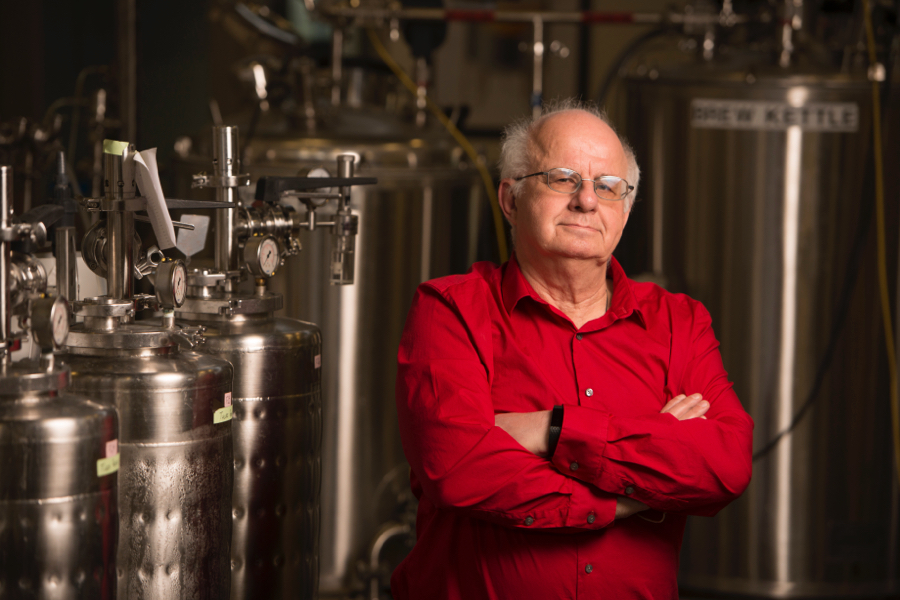 Charles Bamforth, the Anheuser-Busch Endowed Professor of Malting and Brewing Sciences at UC Davis, is a legend in the world of fermented beverages and a campus treasure affectionately known as the “Pope of Foam.” He is being honored among faculty with a CA&ES Award of Distinction.

Originally from Lancashire, England, Bamforth studied biochemistry, earning his B.S., Ph.D., and D.Sc. degrees at the University of Hull. He has worked within or on behalf of the brewing industry since 1978 and joined the UC Davis faculty in 1999.

His research has covered the full gamut of characteristics that make for good beer, such as flavor and foam stability, chemistry and perception, and the wholesomeness of beer in a healthful diet. He has written extensively and has published a number of books, including Standards of Brewing and Scientific Principles of Malting and Brewing.

Bamforth describes teaching as his “great joy.” Indeed, many of the brewmasters leading the renaissance in beer making today studied under his tutelage. He helped bring international recognition and significant philanthropic support to the UC Davis brewing program. Under his watch, campus brewing facilities have been upgraded dramatically.

“Charlie is an ardent, tireless supporter of UC Davis, craft brewing and, naturally, beer. His impact on the American brewing industry cannot be understated… His technical knowledge is unparalleled, and his research into the various facets of brewing good beer is widely referenced in the industry.” 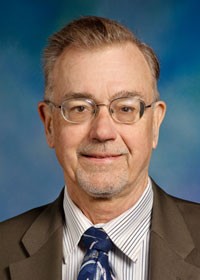 James Seiber, emeritus professor of environmental toxicology, has excelled in a broad range of research and administrative roles in academia, government and industry. He is being honored among emeriti faculty with a CA&ES Award of Distinction.

Seiber began his career at Utah State University studying the bioactivity and toxicity of plant constituents. Following a stint with Dow Chemical Company, he joined the UC Davis faculty in 1969 and focused on contaminants in crops and food. His studies on how chemicals enter the food chain and the atmosphere have led to better methods of preventing human exposure and protecting the environment.

From 1992 to 1998, Seiber was director of the Center for Environmental Sciences and Engineering at the University of Nevada, Reno. From 1998 to 2010, he was director of the Western Regional Research Center, a USDA Agricultural Research Service laboratory. He has served on many governmental and scientific committees and policy panels, as well as the UC Davis Foundation Board of Trustees.

“Throughout his career Professor Seiber has conducted research on the interaction between agricultural and environmental systems, placing a high priority on projects with the potential for solving real-life challenges such as those contributing to the health of agricultural workers, the general public and fish and wildlife populations. 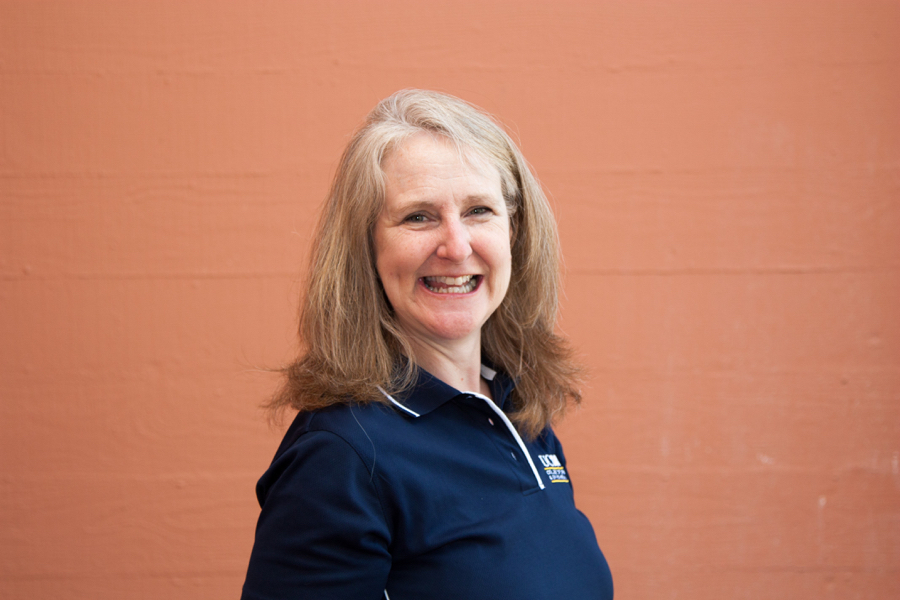 Kimberly Mahoney, a longtime academic advisor in the CA&ES Dean’s Office, is a highly regarded employee who in her 20 years at UC Davis has consistently demonstrated her magic touch with students and co-workers alike. She is being honored among staff with a CA&ES Award of Distinction.

Mahoney attributes part of her success to the fact that she was once a UC Davis student. She earned her bachelor’s degree here in English in 1996. She worked with UC Davis Extension and the Department of Environmental Science and Policy before joining the college’s advising crew in the Undergraduate Academic Programs unit eight years ago.

Colleagues describe her cheerful nature, professional competence and willingness to pitch in as hallmarks of her service to the university. She is a seasoned advisor who has played a crucial role in training and mentoring new advisors. She served as the degree certification coordinator for the college, making sure that graduating students met required coursework. She also served on a committee overseeing undergraduate majors and courses. Perhaps most tellingly, colleagues lean on her wisdom and experience to help students in academic difficulty.

“Her kindness, listening ear and resourcefulness are apparent in every appointment she has with a student. I often see students coming into our office with worried and defeated looks, but after meeting with Kim, they leave optimistic and with a smile.”