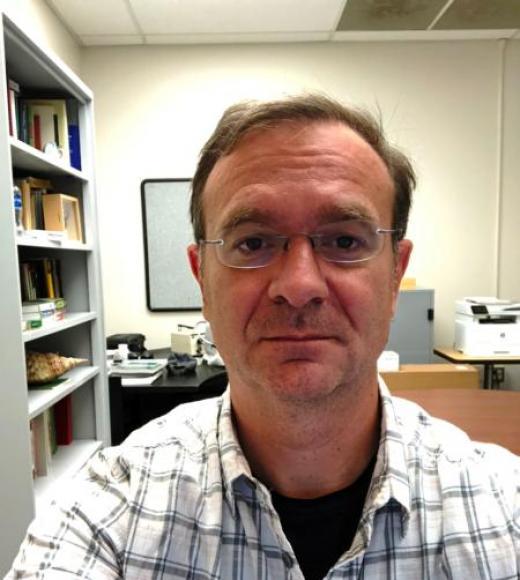 Jason Bond received his B.S. in biology at Western Carolina University in 1993 and earned his Ph.D. in evolutionary systematics and genetics at Virginia Tech in 1999. He was a postdoctoral researcher at the Field Museum of Natural History in Chicago. Bond was also biological sciences faculty at Auburn University, as well as director of the Auburn University Museum of Natural History from 2011 to 2015. He served as chair of the Department of Biological Sciences at Auburn from 2015 to 2018.

Bond joined UC Davis in 2018 as a professor and the Evert and Marion Schlinger Endowed Chair in the Department of Entomology and Nematology. Prior to his academic career, he was a U.S. Army aircraft mechanic and flight crew member.

Bond’s research focuses on biodiversity and its relationship to essential ecosystem services. He studies evolutionary diversification in terrestrial arthropods, specifically spiders, millipedes and tenebrionid beetles. Major areas of study include questions related to broad scale evolutionary patterns, sexual selection, arthropod taxonomy, speciation pattern and process, and biocontrol in agroecosystems. Much of his current work now focuses on the landscape scale genomics of California species, with an emphasis on understanding the impact of global change on biodiversity.

He is also a principal investigator with the California Conservation Genomics Project and is an associate editor for the journals Systematic Biology, PeerJ, and Zootaxa and as of 2022 editor in chief of the Entomological Society of America journal Insect Systematics and Diversity.