An international effort is in progress to sequence a wheat ancestor’s genome, to better understand the genetics of bread wheat.

An international effort, led by University of California, Davis, scientists is in progress, aimed at sequencing a wheat ancestor’s genome, which is 40 percent larger than the human genome.

The project, recently funded by a $9 million grant from the National Science Foundation’s Plant Genome Research project, is focused on better understanding the genetics of bread wheat, one of three cereals that provide most of the world’s food. Bread wheat also has the distinction of having a genome that consists of three genomes from separate species, each with a complexity and size that make genetic decoding exceptionally difficult.

The project will sequence the genome of the goatgrass Aegilops tauschii, a wild relative of common bread wheat that is responsible for the bread-making quality found in wheat. It also is highly tolerant of salt, drought, aluminum, frost, pests and many wheat diseases.

In studying the Ae. tauschii genome, scientists plan to identify the genes controlling the important environmental tolerance and resistance traits, and gain a finer understanding of the biological causes behind the enormous sizes of many plant genomes. The Ae. tauschii code also will provide geneticists with a badly needed reference for wheat genomics and sequence assembly.

The effort already has produced its first practical outcome: the discovery of a gene with a resistance to wheat stem rust, recently published as a cover article in the journal Science. 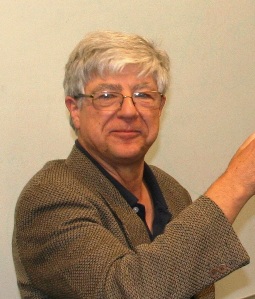 Geneticists previously had hoped to decode the wheat and Ae. tauschii genomes using the shotgun sequencing approach, which is like piecing together a book from millions of random sentence fragments. The team, instead, is using an approach known as “ordered clone sequencing” to generate a high-quality blueprint of the Ae. tauschii genome, along with nanomapping, which traps DNA molecules in nano-sized channels where their unique pattern is visualized and quantified.

“This is really an exciting technology,” said Jan Dvorak, a lead scientist on the team, as well as a UC Davis professor and geneticist. “For the first time in genome sequencing, we have an independent means to check the accuracy of the genome sequence assembly and correct errors and fill gaps.” 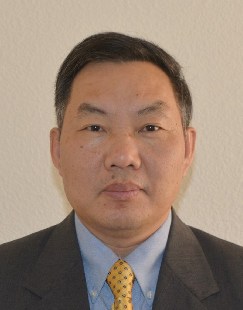 Ming-Cheng Luo, a co-investigator and UC Davis geneticist, worked with BioNano Genomics, the manufacturer of the sequencing instrument, to adapt the technology to ordered clone sequencing.

“This technology will now be available to all the genomic programs in the campus community,” said Luo.

The genome project is a partnership between UC Davis and a number of U.S. and Chinese institutions, with additional support from the Chinese Wheat Genome Working Group. Several visiting scientists and students also are involved with the project. Other co-investigators include Yong Qiang Gu and Olin Anderson of UC Davis/USDA-ARS, Katrien Devos of the University of Georgia and Steven Salzberg of Johns Hopkins University.

(This article was written by Brad Hooker, Department of Plant Sciences, and Pat Bailey, Strategic Communications, both at UC Davis, October 2, 2013.)