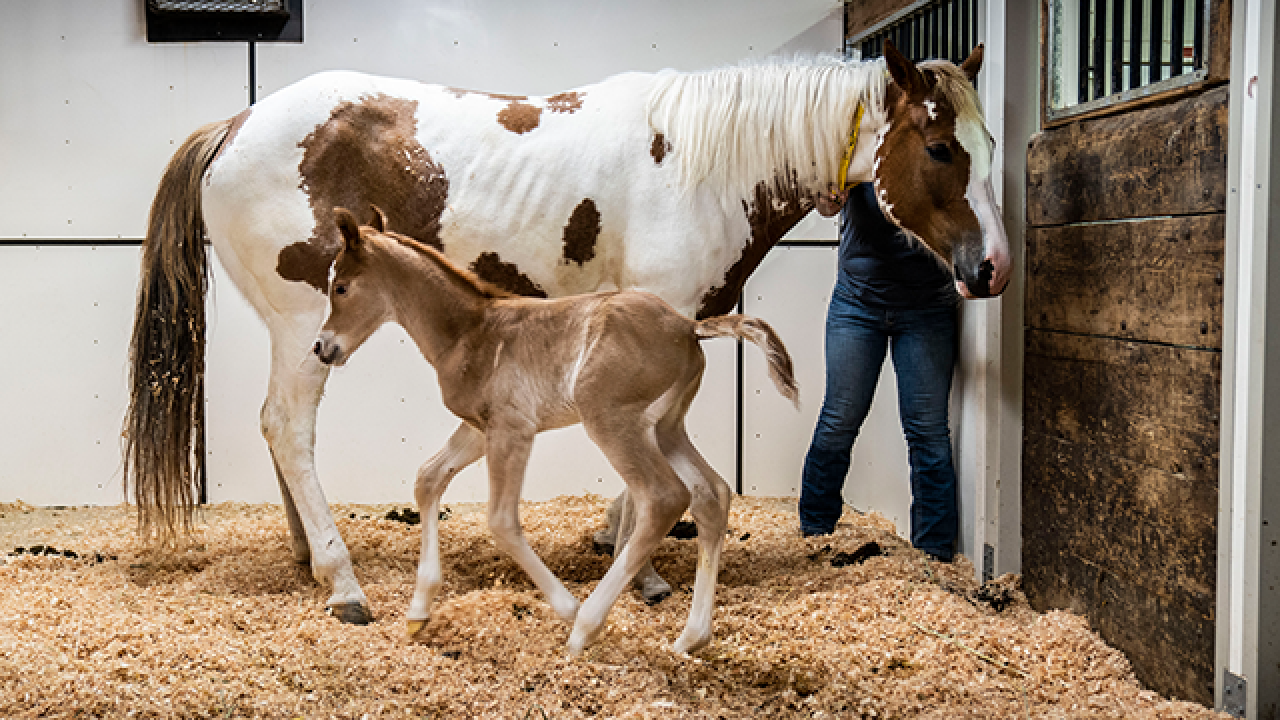 A UC Davis alumnus is gifting $4.5 million to support the Department of Animal Science’s Horse Barn and related programming.

Richard “Dick” E. Jorgensen, who graduated from UC Davis in 1960, spent his senior year as a student herdsman living at the barn, feeding horses at night, keeping an eye on mares ready to foal and occasionally riding the black stallion Araza.

Jorgensen, 83, earned a bachelor’s degree in agriculture production with a major in agricultural economics and a minor in animal science. He went to UC Hastings Law School for a year before becoming a naval aviation officer flying the Lockheed P-3 Orion, conducting anti-submarine patrols in the Western Pacific.

After five years of active duty, Jorgensen transferred to the Moffett Field Naval Air Station Ready Reserve and retired as a commander in 1989. He was a sales representative for Elanco Animal Health Inc., a division of Eli Lilly and Co., for 22 years, after which he was an independent sales representative. Altogether, Jorgensen has dedicated 50 years of his career to the animal health industry.

The Oakdale resident’s time at UC Davis has stayed with him.

“If there are animal science majors who are interested in the equine beast, this is one of the best training programs that you can get,” Jorgensen said of his gift. “I’d like to see that expanded.”

A Century of History

The barn was built in 1911 and first served as a carriage house and later became a remount station for, buying and training horses for the US Army. From the 1930s through the 1960s, the barn had a successful thoroughbred breeding program. Today, quarter horses, mules and Percheron draft horses are bred there.

Jorgensen’s estate gift will be split, with $3 million designated for a Horse Barn fund and $1.5 million for animal science majors, with a preference for students involved in the facility.

“I can’t even wrap my head around it,” she said about the gift. “I think it’s going to be a forever change for the barn.”

The Horse Barn traditionally relies on donated horses and the additional money will also open up more options for buying equines.

“This contribution will really add to the options and bloodlines that we can work into, and improve the quality of, the program,” Davis said.

Jorgensen said he hopes his contribution will mean increased production of mules and hinnies, which are produced by the offspring of a male horse and a female ass. He raised hinnies in his youth, sparking his educational interest.

“I think my training from the college at UC Davis has paid off,” he said.

Make a gift today to the UC Davis Department of Animal Science at: https://give.ucdavis.edu/AANS or for more information contact Oliver Ramsey at owramsey@ucdavis.edu or 530-752-2461.

Common Household Noises May Be Stressing Your Dog

Alireza Pourreza elected to the Club of Bologna