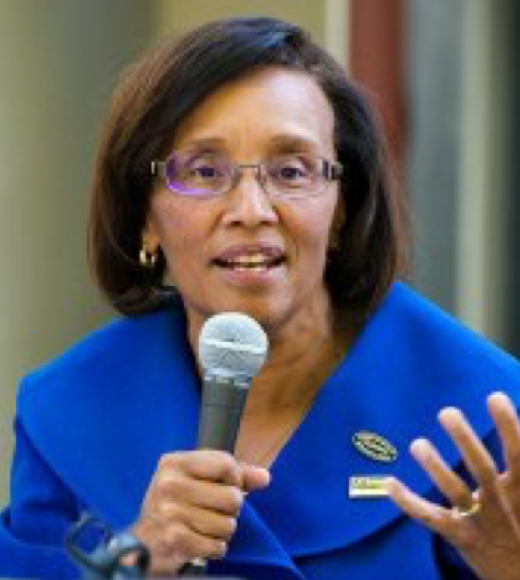 Helene R. Dillard was appointed dean of the College of Agricultural and Environmental Sciences at UC Davis in January 2014. Dillard is the chief academic and administrative officer of the college and oversees fourteen departments, 29 centers and institutes, more than 7,400 undergraduate students, 380+ faculty, and 800+ staff. In addition to her responsibilities as dean, she has programmatic responsibilities for the college’s Agricultural Experiment Station and Cooperative Extension. Dillard has national and international leadership experience, including invited consultations, presentations and scientific exchanges in China, Central America (Honduras, Nicaragua), South America (Argentina, Brazil, Chile), the European Union (the Netherlands, Sweden, United Kingdom) and Zimbabwe.

Prior to her appointment at UC Davis, Dillard was on the faculty at Cornell University from 1984 to 2014 as a professor of plant pathology, carrying a 50 percent research and 50 percent extension assignment. Her research focused on the biology, ecology and management of fungal pathogens that cause diseases in vegetable crops. Her interests include sustainable disease management strategies, integrated pest management, epidemiology and host/pathogen/ environment interactions. Dillard served as chair of the Department of Plant Pathology in Geneva, N.Y. (1997–2001), associate director of Cornell Cooperative Extension (2001–2002), and director of Cornell Cooperative Extension (2002–January 2014). She also served simultaneously as associate dean in two colleges—the College of Agriculture and Life Sciences (CALS) and the College of Human Ecology (2002–January 2014).

Dillard was recognized for her contributions in plant pathology by the American Phytopathological Society (APS), receiving the Excellence in Extension Award in 1992 and being named an APS fellow in 2006. She received the New York Farmers Medal and the Outstanding Faculty Award from CALS in 2013. Helene Dillard was born and raised in San Francisco, California. She completed her B.S. in biology of natural resources at UC Berkeley, an M.S. in soil science at UC Davis, and a Ph.D. in plant pathology at UC Davis.

Couple Invest in CA&ES and the Future