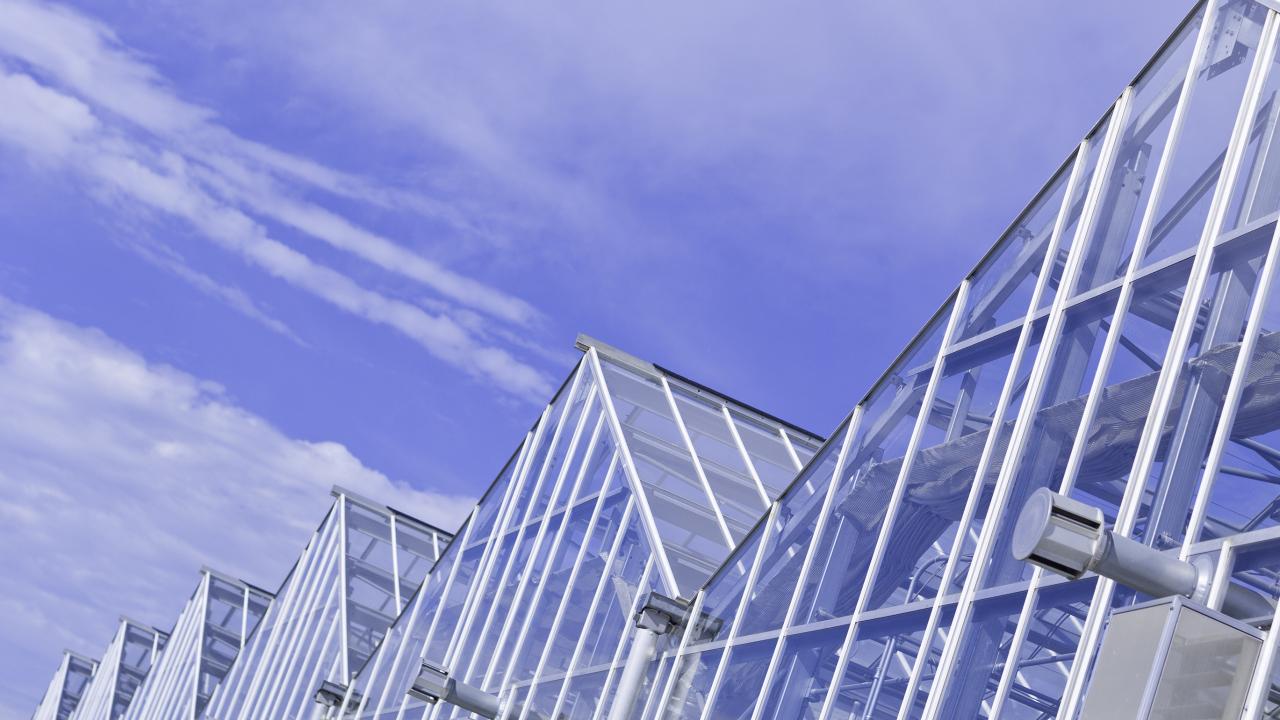 UC Davis alumnus Bill Werner has been promoted to lead manager for the extensive network of greenhouses located across campus. He has worked with the College of Agricultural and Environmental Sciences (CA&ES) greenhouse team since 2017.

“One of the reasons I came back to UC Davis after a diverse career in the private sector is that I wanted to contribute and be involved in the world-class research, teaching and extension work that takes place on campus,” Werner said. “As a UC Davis alumnus, I take great pride in working with and contributing to a team of faculty, staff and students who are dedicated to the research work that provides timely and vital applications to our world.”

“Bill brings years of experience to the position and had been in the manager role on an interim basis. He was clearly an exceptional candidate and we are excited to welcome Bill into his new role,” said CA&ES Associate Dean Anita Oberbauer.

Werner earned his bachelor of science in landscape architecture at UC Davis in 1985. In the years since graduating, he has gained leadership and management experience with major California nurseries, where he focused on improving operation efficiency, propagation and growing techniques. As a horticultural consultant and propagator, he also has worked with nonprofit organizations to promote genetic conservation of ancient trees.

Werner distinguished himself as an innovative plant propagator and is internationally recognized for successful cloning of the world’s largest giant sequoia on private land and the largest coast redwood on record. As a horticultural consultant and native plant propagator, he has also been involved in numerous successful reforestation and environmental restoration projects within the Del Monte Forest along the Central Coast of California.

While working at the Pebble Beach Company and later as a private consultant, Werner became involved in pitch canker research with Tom Gordon, UC Davis professor emeritus of plant pathology. “I enjoyed learning about their research work and its real-world applications to improve forest health and resilience to a fungal disease that was infecting and killing many trees in native populations of Monterey pine,” he said.

With his greenhouse and growing experience, Werner provided Gordon and his students guidance on propagating Monterey pine clones for their research needs. Later, he became involved with the greenhouse inoculation phase of an international project to study pitch canker in Monterey pine, inoculating and scoring more than 10,000 seedlings of elite breeding stock from Australia, New Zealand, Chile and native populations of Monterey pine.

Werner joined the CA&ES greenhouses staff as principal agricultural technician at the Orchard Park Greenhouse Complex. In 2018, he became senior superintendent of agriculture at the Environmental Horticulture and Armstrong Greenhouse complexes, where he managed greenhouses and other specialty equipment associated with controlled environment facilities and outside areas for container grown and field research plots.

“I appreciate all the time that previous greenhouse managers Garry Pearson and Chris Durand spent answering my many questions over the past several years,” Werner said. “Their valuable experience and institutional knowledge have been key to my ability to learn the role of the lead position. I also appreciate our congenial and hard-working greenhouse staff who serve to meet our researchers’ needs and requests daily.”

Statement on Guilty Verdict in the Derek Chauvin Trial