What puts the ‘heat’ in hot peppers?

The genome of the hot pepper, the world’s most widely grown spice crop, has been sequenced by a large international team of researchers, including scientists at the University of California, Davis.

The new reference genome sheds light on the biology of the pepper’s hallmark pungency, or spiciness, as well as its fruit-ripening and disease-resistance mechanisms.

It also reveals new information crucial for improving the horticultural, nutritional and medicinal qualities of these peppers, whose annual global production has grown more than 40-fold during the past two decades and now exceeds $14.4 billion.

Highlights from the sequencing effort were reported Jan. 19 as an Advanced Online publication of the journal Nature Genetics.

“The pepper genome is one of the largest genomes assembled to date,” said plant scientist Allen Van Deynze, director of research at UC Davis’ Seed Biotechnology Center, and a co-author on the study.

“The quality of this genome assembly and linkage to the high-density genetic map for peppers makes the genes and genome immediately available to the genetics community,” he said. 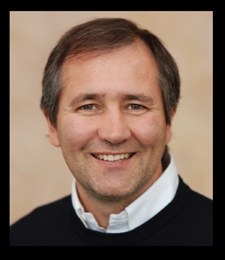 Hot peppers, one of the oldest domesticated crops in the Western Hemisphere, are members of the Solanaceae plant family and thus cousins to an extensive group of plants including potato, tomato, eggplant, petunia and tobacco. The hot-pepper plants are popular ornamentals and produce fruits that are major vegetables in most global cuisines, as well as rich sources of vitamins and nutrients, pharmaceuticals, natural coloring agents, cosmetics and defense repellants.

The researchers sequenced a hot pepper landrace, or domesticated variety, from the Mexican state of Morelos. The variety, known as Criolo de Morelos 334, has consistently exhibited high levels of disease resistance and has been extensively used in hot-pepper research and breeding. The research team also provided sequencing data for the Perennial and Dempsey cultivated pepper varieties and for the related habanero pepper species (Capsicum chinense).

Not surprisingly, the new sequencing project revealed that blocks of genes appear in much the same chromosomal position in the hot pepper as in its closest relative, the tomato. The pepper genome, however, was found to be 3.5-fold larger than the tomato genome.

The sequencing also uncovered evidence suggesting that the pungency, or “heat,” of the hot pepper originated through the evolution of new genes by duplication of existing genes and changes in gene expression after the peppers evolved into species.

It was already known that pepper pungency was caused by the accumulation of naturally occurring chemicals called capsaicinoids, unique to the Capsicum genus. More than 22 of these “heat”-producing compounds have been isolated from peppers, and many have been shown to have human health benefits, including inhibition of tumor growth for certain cancers, pain relief for arthritis, appetite suppression and weight-loss promotion.

Information mined by this sequencing project will help scientists better understand  how these compounds are synthesized in the pepper plant. It also establishes the pepper as a valuable model for exploring, in general, the evolution of plants’ organic compounds — beyond those directly involved in growth, development and reproduction.

The pepper genome sequencing effort was led by UC Davis alumnus Doil Choi, a professor of plant  science and director of the Plant Genomics and Breeding Institute at Seoul National University, Korea.

UC Davis members of the research team, in addition to Van Deynze and Kim, included Hamid Ashrafi and Theresa Hill, both of the Seed Biotechnology Center.

“The collaborative funding for the project by leading international seed companies and institutions involved with breeding peppers ensures that the genome will be directly leveraged to make breeding strategies more efficient and to deliver improved products,” Van Deynze said.