A timely strategy for salmon survival

Professor Peter Moyle makes a case for saving salmon and other native fish.

March 4, 2014
(from The Center for Watershed Sciences California WaterBlog) 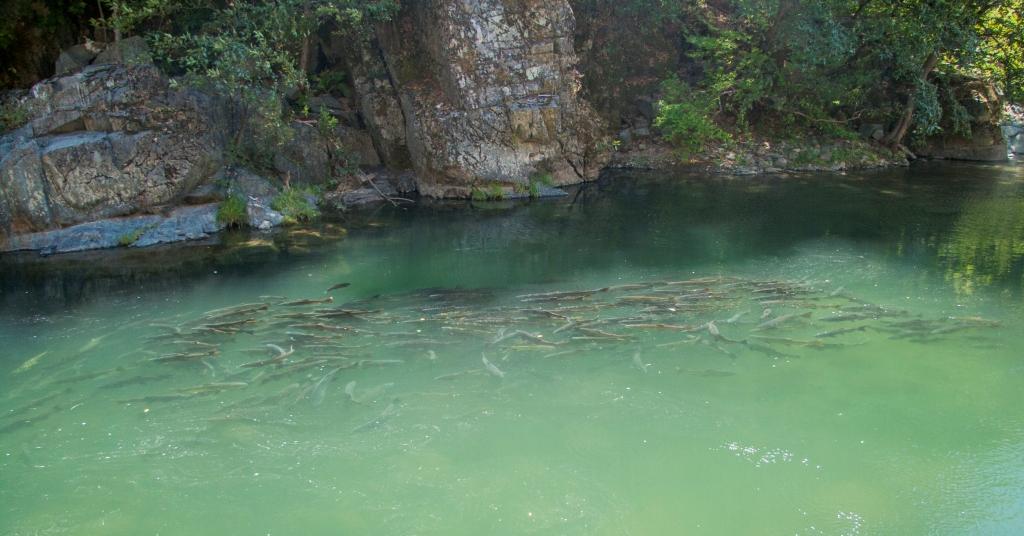 On a recent post to the California WaterBlog, UC Davis fish biologist and professor Peter Moyle explains how—and why—California should work to save its iconic native fish species during the drought and make long-term changes to ensure their survival into the future.

Eighty-two percent of California’s native freshwater fishes are found only or mainly in this state. "Our California populations of steelhead trout and Chinook salmon are uniquely adapted for local conditions," Moyle says. "If spring- and winter-run Chinook were to disappear from the Central Valley, we could not replace them with salmon from Alaska. They simply could not survive here."

Even without drought, most of our native fishes are in trouble. More than 80 percent of them are headed for extinction by 2100 if present trends continue. This includes most of our 32 kinds of native salmon and trout. Our federal and state endangered species laws essentially say it is the policy of the United States and California to not let species go extinct. The current drought will put this policy to a severe test.

What can we do to ensure native salmon persist through severe drought? Moyle says drastic times may require desperate measures such as emergency trucking to spawning grounds, more policing to prevent poaching, ocean fishing bans, increasing cold-water flows from springs, and convening a “triage” panel of scientists to determine which species are most in need of environmental flows.

After the drought, protecting salmon and salmon fisheries will require a comprehensive strategy and program that could include salmon sanctuaries on rivers dedicated to conservation, changing how dams are operated to provide adequate flows for fish, removal of small dams from sediment-filled reservoirs, and changing fish hatchery operations to favor wild salmon.

“Such a strategy can work only if well-funded,” Moyle says. “Saving our native fishes will require considerable water and effort from Californians. While this may seem too much to ask during a severe drought, California history shows that water crises are a great motivator. The timing for instigating a statewide fish conservation strategy couldn’t be better.”