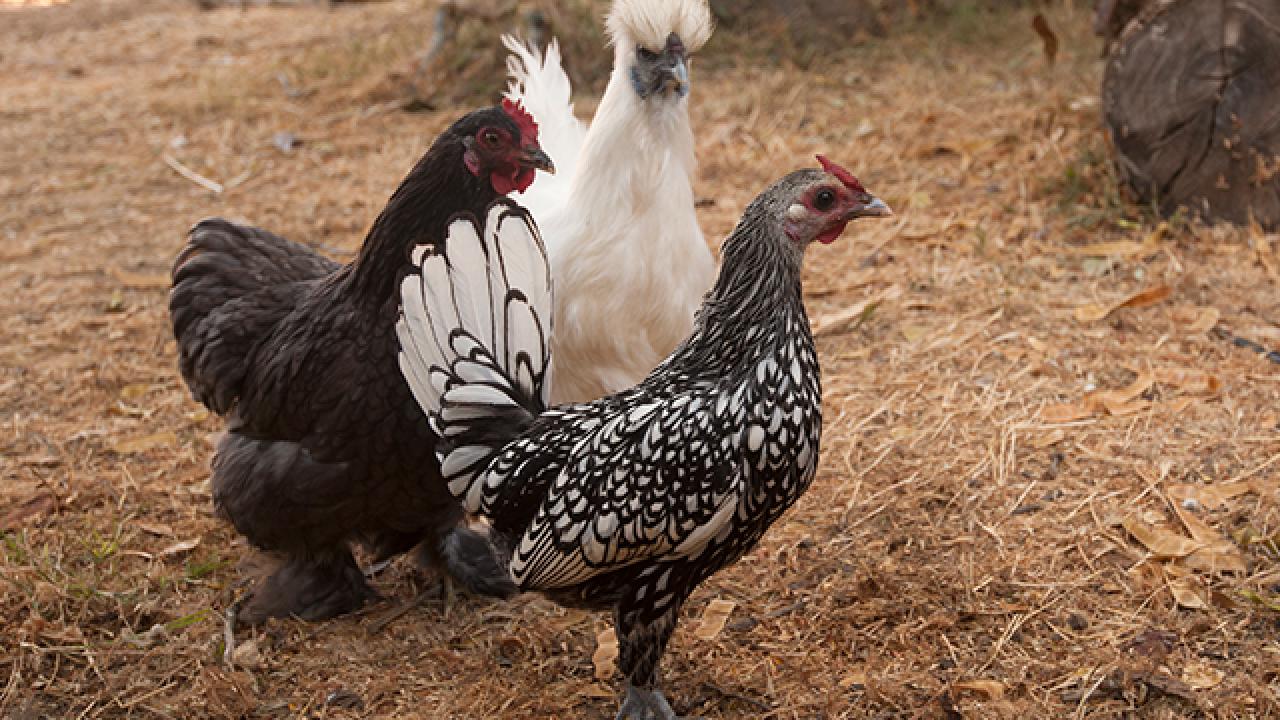 Nearly 150 million children in the world suffer from stunted growth, a condition linked to chronic malnutrition that keeps people from reaching their full physical, mental and social potential.

“Poor nutrition, infection, stress and poverty can contribute to stunting, and there is an important correlation between growth and animal-sourced food consumption,” said Christine Stewart, director of the Institute for Global Nutrition at UC Davis and associate professor in the Department of Nutrition.

Take eggs, for example. Working with malnourished children in the highlands of Ecuador, Stewart and a team of scientists discovered that infants grew significantly more when mothers supplemented their diets with an egg each day.

“We saw a nearly 50 percent reduction in stunting among the infants who received an egg daily for six months compared to those who did not,” said Stewart, who is also the Corinne L. Rustici Endowed Chair in Applied Human Nutrition at UC Davis.

Egg yolks are rich in choline, an essential nutrient that supports liver function and healthy development of the brain, muscles and nervous system. Choline is lacking from the standard diet of many impoverished Ecuadorians who subsist mostly on rice, potatoes and thin soup.

Stewart’s team tried to replicate the results in a similar experiment with infants living in Malawi. The test site was near Lake Malawi, Africa’s second-largest lake with an enormous variety of freshwater fish. Interestingly, eating an egg a day had no impact on child growth.

“Fresh fish is such a nutritious food that the Malawian families we worked with were probably already getting more nutritional quality in their diet than was available in the highlands of Ecuador,” Stewart said.

Fish, eggs, meat and other animal-sourced foods are beneficial, but it’s not just because of the protein they provide. Most children get enough protein. Instead, stunted and other undernourished children experience what nutritionists call “hidden hunger”—chronic deficiencies in iron, iodine, zinc, choline, vitamin B-12 and other micronutrients needed for healthy growth and brain development.

For children in developing countries, animal-sourced foods provide many essential micronutrients that are hard to find in adequate supply from plants alone. Iron is a good example. Children need iron as their brains, muscles and blood cells grow. A 12-month-old infant requires 11 milligrams of iron each day, compared to 8 milligrams for adults. Gram per gram, you would need to eat eight times more spinach than liver and four times more spinach than beef to obtain the same amount of iron.

“That’s because iron and other micronutrients are more concentrated and more bioavailable in animal-sourced foods, which means our bodies can more easily absorb them,” Stewart explained. “What you absorb is just as important as what you consume.”

Fifteen years ago, CA&ES researchers led what is still considered the most formative experiment on the role livestock nutrition plays in improving children’s growth, physical activity and cognitive development. The Global Livestock Collaborative Research Support Program, directed by former CA&ES plant sciences professor Tag Demment, supported a five-year project in Kenya that tracked more than 1,000 children—some who received two ounces of beef on school days and some who did not. Lindsay Allen, research professor with the UC Davis Department of Nutrition, helped lead the study.

Over the course of five years, the kids who regularly ate meat scored 20 percent higher on cognitive tests, spent more time in leadership behaviors and were more physically active than the children who did not. The children’s muscle mass increased markedly and their vitamin B-12 deficiency was eliminated.

“This seminal study shows that the quality of food matters more than the quantity and illustrates the link between animal-sourced food and child development,” Stewart said.

But beef isn’t easy to come by in some developing nations. It can be expensive to buy and difficult to transport and sell. “There are many food safety concerns when meat sits unrefrigerated in open-air markets,” Stewart explained. “If families are able to afford a cow, they’re more likely to keep it for milk or use it to help till the soil. Getting milk, eggs and fish into diets may be more feasible.”

That’s why Stewart and other international nutrition experts address world hunger with various nutritional interventions, including supplementing diets with a variety of animal-sourced foods.

“When children consume diets rich in vitamins, minerals and essential fatty acids, they have a greater opportunity to survive and thrive,” Stewart said. “Animal-sourced food is one important way to help provide children the nutrients they need.”