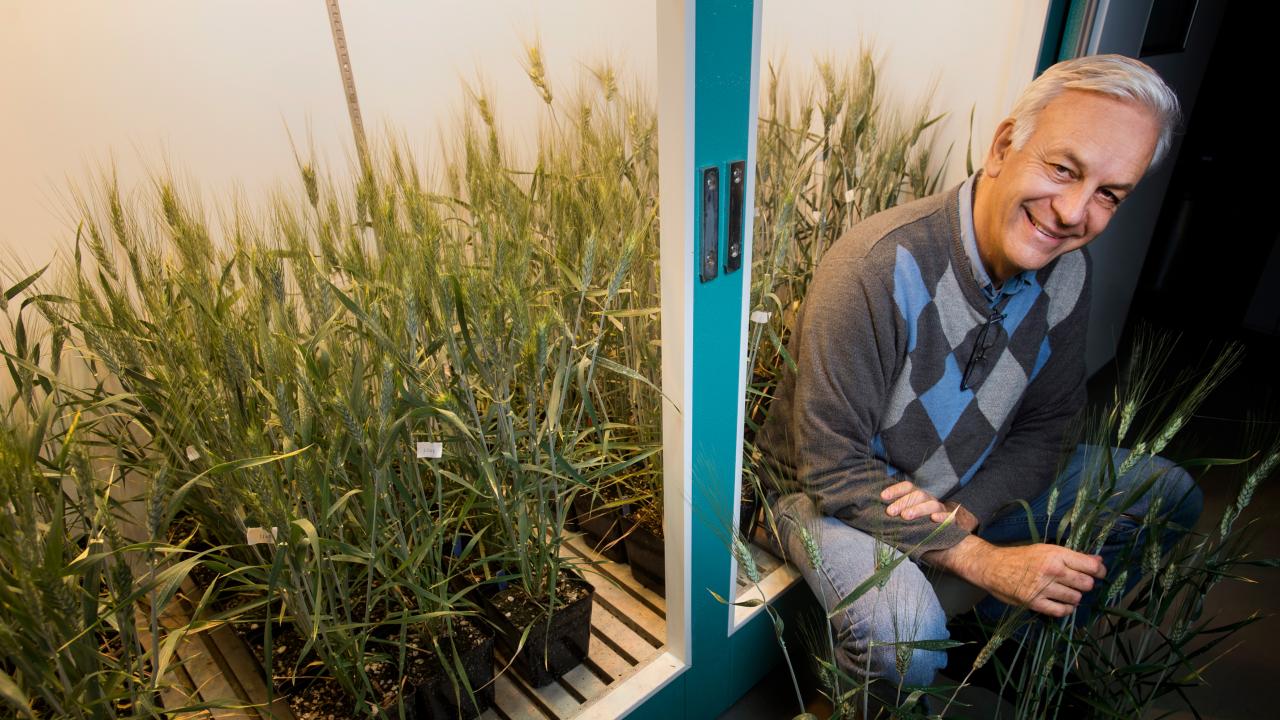 Gene editing can improve crop performance, but there’s a catch: It can be hard to grow plants from cells after you’ve tweaked their genomes.

Plant geneticist Jorge Dubcovksy, a distinguished professor of plant sciences at the University of California, Davis, has helped create a new tool to improve the process by coaxing transformed cells to regenerate new plants. He and his team report the breakthrough in the journal Nature Biotechnology.

“The problem is that transforming a plant is still an art,” said Dubcovsky, who is also an investigator with the Howard Hughes Medical Institute (HHMI.) “The success rate is often low. Depending on the crop being modified, 100 attempts may yield only a handful of green shoots that can turn into full-grown plants. The rest fail to produce new plants and die.”

Now, however, Dubcovsky and his team have reduced this barrier by using two genes that already control development in many plants to dramatically increase the formation of shoots in modified wheat, rice, citrus, and other crops. Dubcovsky worked with HHMI Research Specialist Juan M Debernardi, David Tricoli, manager of the UC Davis Plant Transformation Facility, Javier Palatnik from Argentina, and colleagues at the John Innes Centre in Norfolk, England.

More information on the discovery is available on the HHMI website.

Learning Meteorology: Past, Present and Future

Could Vines Be the Answer to Speeding Urban Cooling, Water Reduction in the West?