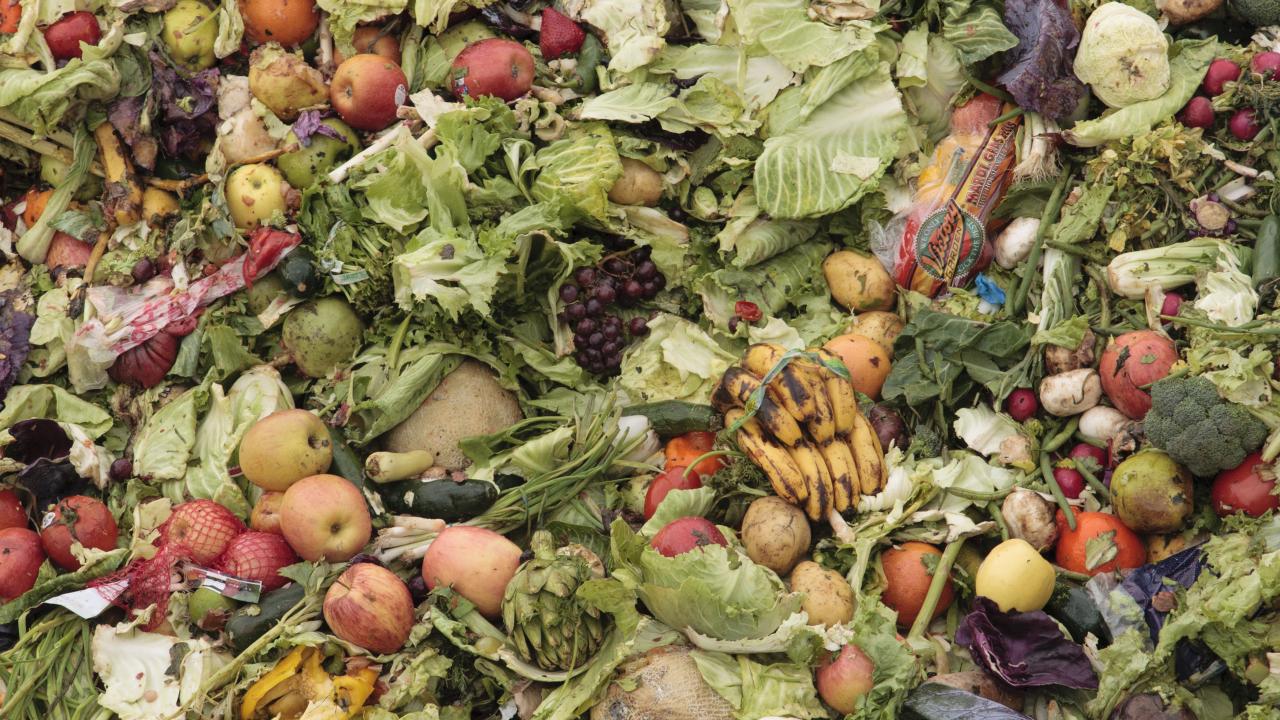 Food that ends up in the landfill is a waste of money and creates an abundance of greenhouse gas emissions. The U.S. Environmental Protection Agency found almost 41 million tons of food waste was generated in the country in 2017.

Edward “Ned” Spang, a UC Davis associate professor of food science and technology, is joining researchers from American University and 13 other institutions for a $15 million, 5-year project funded by the U.S. National Science Foundation to gather data and create solutions to reduce food waste across the country.

“We generally waste a lot more food than we think we do,” Spang said.

One is creating a database on the environmental impact of food losses in agriculture in California. Those losses will include damage from wind, hail and other weather events as well as decisions not to harvest because of a lack of labor, trucks or economic incentive.

The data will look at the cultivation of several crops in the state, including tomatoes, peaches and lettuce, and what factors influenced farm losses.

“We have data on how much fertilizer is used to grow crops in California and how much water and land is used, so we can get a detailed understanding of the environmental costs of on-farm losses,” Spang said. “Developing solutions to prevent or recover food losses is complicated by the many different types of food in the system—solutions for peaches are going to be very different than solutions for packaged meat products, for example.”

Another part of the project will be examining efforts underway to reduce the amount of food waste that goes to the landfill and coming up with viable solutions to manage it. In 2016, then-Gov. Jerry Brown signed S.B. 1383 into law to reduce emissions of short-lived climate pollutants, including methane. When organic materials such as lawn clippings and food are dumped into landfills, it breaks down into methane, which is then released and pollutes the air. To avoid these emissions, the law mandates a 75% reduction of organic waste disposal by 2025.

Spang will also look at the related infrastructure needed to manage this organic waste that can no longer be dumped in landfills.

Anaerobic digestion is a well-known technology, especially in Europe. The basic concept is that organic waste is placed in a closed vessel, where in the absence of oxygen, microorganisms break down the organic material and create biogas.

“The other output is called digestate, which can help enrich the soil,” Spang said.  “So, you’re taking food and instead of it going to a landfill, it’s being used to produce bioenergy and fertilizer. It’s an exciting technology.”

Large-scale anaerobic digesters are operating in Sacramento and on the UC Davis campus. Spang, who has a separate project to evaluate a small-scale digestor at a test site in Oxnard, will also analyze how this technology can be deployed in other parts of the state and even across the country.

“We’re asking the question in our research of what that infrastructure should look like,” Spang said. “Even more specifically, if we’re looking at anaerobic digestion, should we have a bunch of large facilities that manage all this waste? Or is it better to have lots of smaller anaerobic digestion facilities located closer to the waste to reduce hauling distance?”

The entire project is expected to help inform technology development and provide information to federal policymakers, who have announced a national goal to reduce food waste in the U.S. by 50% by the year 2030.

“Those targets are great to mobilize and align a vision of a future we want, but it doesn’t happen unless it trickles down to businesses and organizations that are actually managing the food system.”

The final component of the UC Davis effort is to help facilitate stakeholder outreach to advance the discussion and implementation of food waste solutions. Led by Verba, research team members will conduct a series of “Design Studios” that enable collaboration, research and practice to take place to generate innovation and solutions for wasted food.