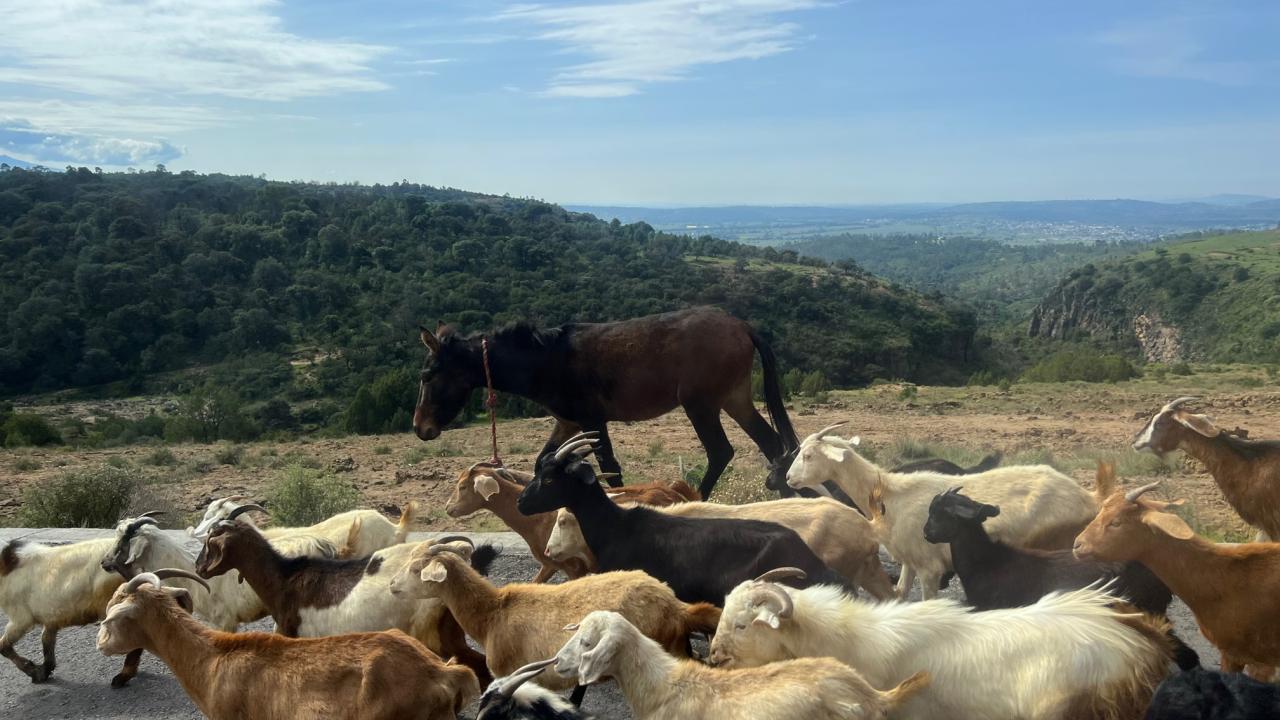 Researchers will create a grimace scale that can indicate stress, sickness

Mules are stoic working animals. They can be sick or in pain and by the time signs of illness are obvious, it could be too late for owners and veterinarians to intervene.

But new research out of University of California, Davis, could unlock that mystery by decoding whether body posture and facial expressions such as flaring nostrils and ear movement can be clues to something more.

Amy McLean, a professor of teaching in the Department of Animal Science, is leading research into how to identify ill mules using facial queues and physiological data such as heart and respiratory rates.

The animals have been used for centuries to till fields, pull carts and perform other tasks, even at high altitudes, but not much is known about their physiology or behavior. The hope is to develop a facial grimace scale to help teach others how to identify signs of pain in mules.

“They’re talking to us, but it’s in subtle ways so we have to translate their body language,” McLean said. “When it becomes very serious, and we start to notice this behavior, oftentimes it’s past the point of when we can intervene and save them. We don’t know how to recognize that yet.”

The professor’s research took her to the state of Tlaxcala in Central Mexico, where she was able to observe 10 mules before, during and after planned, routine castrations. Customary pain medicines and anesthesia were administered.

McLean fitted the mules with smart halters to monitor heart and respiratory rates pre- and post-surgery. Photos and video of the body and face were taken. And a thermal imaging camera focused on the eyes because “more heat, more red, signals discomfort,” she said.

The research was done in coordination with Association for Protection of Animal Traction in Mexico and the U.S.-based nonprofit Equitarian Initiative, which provides equine vet care in the developing world.

While there, McLean also hosted workshops and taught veterinarians, veterinary students and owners about behavior, how to identify pain and ways to intervene.

Now back on campus, McLean and a Ph.D. student will analyze the biometric and visual data to try to create an ethogram, or catalogue, of behaviors and visual representations indicating pain or discomfort. The ethogram will include photos showing ear position, eyes, nostrils and body position.

McLean said the ethogram will help owners and others better care for the animals.

“They can look for subtle signs and maybe relate that to any discomfort,” she said. “It’s a great teaching tool.”

McLean hopes to eventually offer a mobile app where people can take photos of mules in the field and compare them with mules depicted in the ethogram.

Similar research on donkeys was conducted by undergraduate student researcher, Emma K. Orth, who won a UC Davis Provost Undergraduate Fellowship Award in 2020 for her work, which was published in the journal Animals.