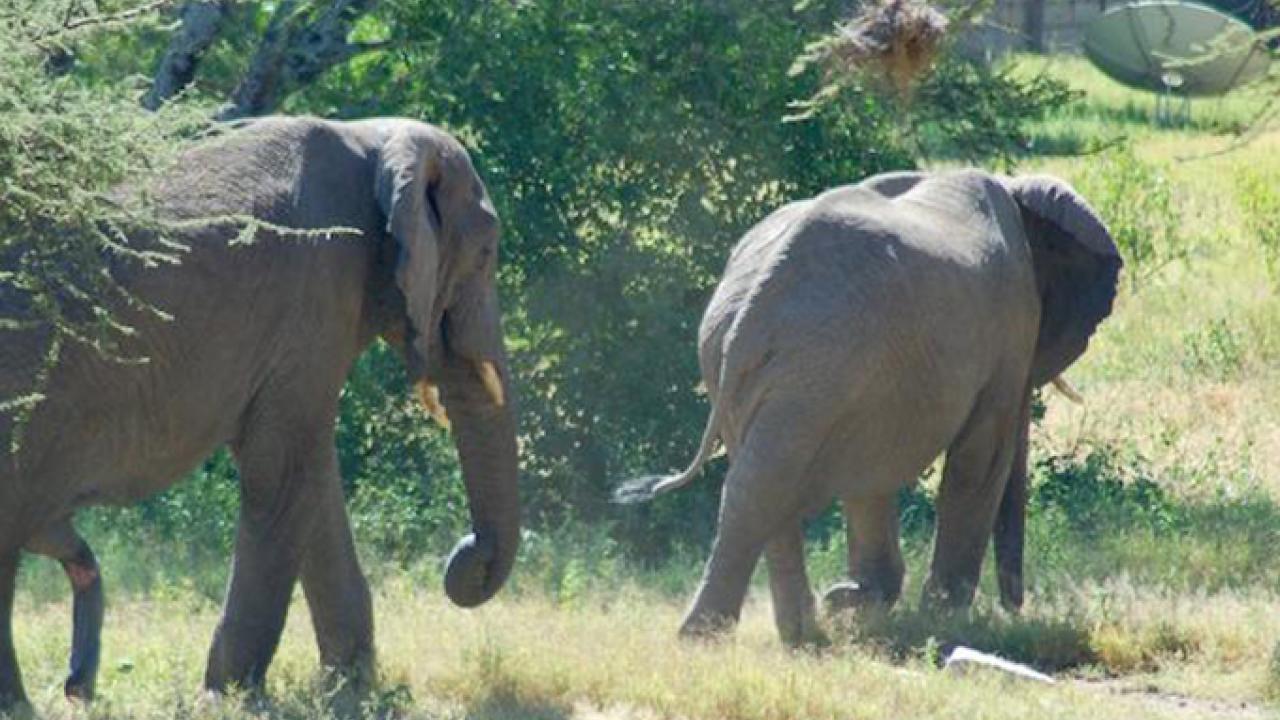 Locals and technology uncover the links between parks and game reserves
Researchers at the University of California, Davis, have identified 52 potential wildlife corridors linking protected areas across Tanzania. Using a cost-effective combination of interviews with local residents and a land conversion dataset for East Africa, they found an additional 23 corridors over those previously identified by Tanzanian government reports.

According to their publication in the journal PLOS ONE, nearly a sixth of all the wildlife corridors previously identified in Tanzania in 2009 potentially have been separated by land conversion, and a third now pass across lands likely to be converted to human use in the near future.

The study uncovered two reserves with lower forms of protection, Uvinza Forest Reserve in the west and Wami-Mbiki Wildlife Management Area in the east, that act as apparently crucial stepping-stones between national parks and game reserves and should be prioritized for conservation attention.

“While most people will never have heard of these small reserves, they are absolutely vital for linking larger parks,” said lead author Jason Riggio, a UC Davis graduate student in the Department of Wildlife, Fish and Conservation Biology.

Globally, land conversion and habitat degradation are driving wildlife losses, so populations are increasingly restricted to reserves isolated by agriculture and urbanization. Wildlife populations that lack connectivity to other protected areas can quickly suffer from inbreeding and reduced opportunities for range shifts tracking global climate change.

There are several ways to identify wildlife corridors. One method is to ask reserve managers and wildlife researchers where corridors exist. This can be an accurate and cost-effective method in places where people live or work, but may miss corridors where people simply are not looking.

Another way is to use GPS and/or VHF-collars fitted to animals. This is often cost-prohibitive and limited to local or regional scales. The study’s researchers note that as connectivity between protected areas rapidly erodes, novel methods must be developed quickly and cheaply to assess where wildlife corridors still exist.

“Interviews with people living within or adjacent to wildlife corridors can provide accurate information on wildlife movements that can be obtained fairly easily,” said Tim Caro, co-author on the paper and a professor in the UC Davis Department of Wildlife, Fish and Conservation Biology. “These data can then be used to validate connectivity models.”

Tanzania is an ideal country to test methods for delineating wildlife corridors, because it is the only country in Africa to have assessed its wildlife corridors at the national scale. The researchers compared the output of 60 corridor models to their interview data about known wildlife movements in eastern Tanzania to determine which model most accurately captured connectivity between protected areas across the country.

The findings indicate that there might be a far greater potential for large mammals to move between protected areas in Tanzania than was previously supposed. But more research is required to know whether or not mammals use these corridors.

A key remaining question is which large mammal species move through agricultural areas or, more specifically, which species traverse which sorts of converted land and over what distances.

“Our method of modeling landscape connectivity using spatial data on anthropogenic land conversion, combined with interviews to validate these models is readily applicable to other regions,” said Caro. “We need to identify wildlife corridors very rapidly before they disappear.”

The research was funded by the American Philosophical Society, American Society of Mammalogists, Explorers Club, and UC Davis.

Deforestation and Climate Change Threaten the Most Beloved Wild Birds