Pam Ronald, a distinguished professor in the Department of Plant Pathology, has a vivid memory from the day she arrived in Sweden in 1984 to begin a year as a Fulbright Scholar at Uppsala University.

“I was a young student who had just landed at the Stockholm airport, wondering how I was going to recognize my host, Professor Nils Fries,” Ronald said. “My anxiety vanished when I saw a kind-looking man waving a stick with a Boletus edulis stuck on the end of it.”

That man was Fries, an expert in fungi. “My flight had been delayed, so, while he was waiting, he jumped a fence to hunt wild mushrooms,” Ronald said. Fries was in his 70s at the time — a scientist through and through, whom Ronald remembers as “a very sophisticated, amazing, gentle man.”

In October, she will return to Sweden to receive an appointment as an honorary doctor of the Swedish University of Agricultural Sciences (Sveriges lantbruksuniversitet, or SLU), more than 30 years after receiving her first degree in Sweden, a Master of Science in physiological botany from Uppsala.

Ronald was an undergraduate at Reed College in Portland, Oregon, studying mycorrhizal fungi (referring to species that form symbiotic relationships with plants) when she learned of Fries. “I had read his work, and I had written to him to ask about working in his lab,” she said. “And he wrote back! It was so very exciting for me at that age.”

A few years later, after receiving a master’s degree in biology from Stanford, she applied successfully for a Fulbright fellowship to work with Fries at Uppsala.

“My work in his lab enhanced by interest in science,” Ronald said. Back then, she worked with fungi and trees, studying the microbial connections between them, specifically how fungi contribute to tree health.

Along the way, she discovered the difficulty of working with pine trees, mainly because they grow so slowly. Later, while working toward her Ph.D., she studied tomatoes and peppers, and eventually she switched to rice — “always researching how plants and microbes recognize and respond to one another,” she said.

Her choice of rice was deliberate — it is one of the most important food crops in the world, and she wanted to help impoverished farmers. She is known for her contributions — with Dave Mackill, adjunct professor of plant sciences — to the isolation of a submergence-tolerance gene that led to the development of flood-tolerant rice varieties now grown by more than 6 million farmers in South and Southeast Asia.

Besides her affiliation with the Department of Plant Pathology, she has an appointment at the Genome Center and the federally-funded Joint BioEnergy Institute, which is working on biofuels. The institute, in Emeryville, is led by Lawrence Berkeley National Laboratory, with UC Davis among the institute’s academic research partners.

Ronald graduated from Reed in 1982, then earned her M.S. in biology from Stanford in 1984. After that she went to Sweden for her second M.S., to UC Berkeley for a doctorate in molecular and physiological plant biology, and to Cornell for a postdoctoral fellowship. She joined the UC Davis faculty in 1992.

The university’s announcement states in part that researchers in several departments praised Ronald’s “excellent contributions to science and outstanding ability for balanced communication,” and that they hoped for “future collaboration in spreading knowledge about agriculture and plant breeding throughout society.”

The post references her 2015 TED talk on genetics, food safety and agriculture on plant genetics, food security and sustainable agriculture (translated into 26 languages and viewed more than 1.7 million times) and the book Tomorrow’s Table: Organic Farming, Genetics and the Future of Food, by Ronald and her husband, Raoul Adamchak, Market Garden coordinator at the Student Farm.

In Sweden, Ronald will meet up with her friend from the Fries lab, Gunilla Swedjemark, who will accompany her to the ceremony. Professor Fries died in 1994. 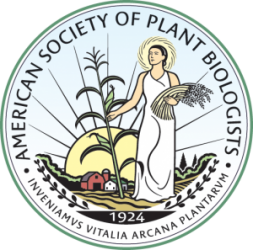 Before she goes to Sweden, Ronald will receive the American Society of Plant Biologists’ annual Leadership in Science Public Service Award, recognizing individuals who have advanced the mission of the society and its members through significant contributions to plant science and public policy leadership.

“Dr. Ronald is recognized for her tremendous contributions to the national and international dialogue on agricultural production and plant science,” the society said in a June 25 news release.

Luis Herrera-Estrella, who won the award in 2008, said of Ronald: “She has done a great public service by doing high quality research with great practical implications and also by communicating to the general public the importance of plant biotechnology for sustainable agriculture.”

In conjunction with receiving the award, Ronald will give an address at the society’s annual meeting, to be held Aug. 3-7 in San Jose.

Both awards come on top of Ronald’s election in April to the National Academy of Sciences. She will be formally inducted at the academy’s next annual meeting, in April 2020 in Washington, D.C.