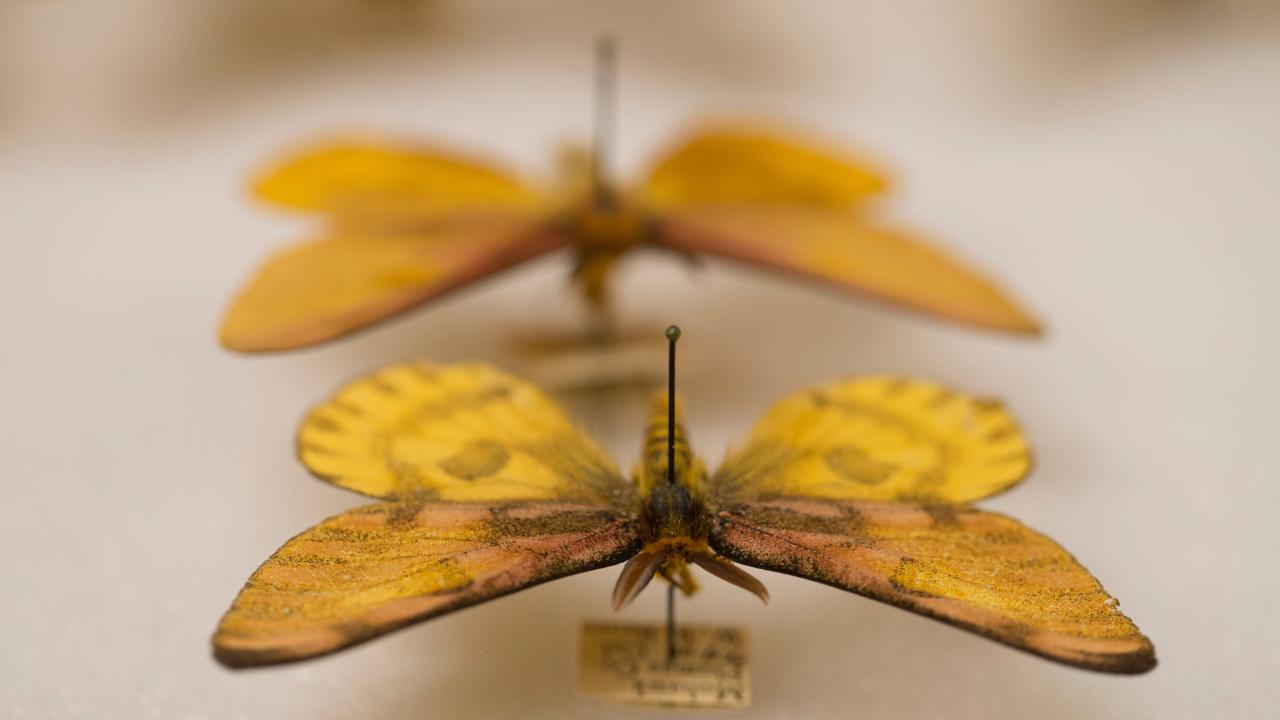 In 1946, the contents of two small, wooden boxes with about 200 insects helped create what would become the R.M. Bohart Museum of Entomology. Seventy-five years later, the museum now houses the seventh largest insect collection in North America featuring more than seven million specimens.

As the museum celebrates its 75th anniversary this year, a recent alumni gift will help provide essential support to help the museum thrive for years to come. Eric Grissell, who earned his PhD in entomology from UC Davis, made a significant commitment to help create the “Bohart Museum Director’s Fund,” designed to establish the ongoing role of museum director within the Department of Entomology and Nematology.

“It is important that the Bohart Museum has a secure director, or chair, so that it will continue to function as a teaching and research source in the future,” Grissell said. “Museums are valuable resources for securing and maintaining information about our ecosystems, but they tend to become ignored when it comes to considerations for funding. A permanent director would provide some assurance that the Bohart will continue to be valued into the future.”

Lynn Kimsey, who has been director of the museum since 1989, hopes Grissell’s donation to the facility will help bring the museum into a new era.

“We need someone in here with new ideas and different approaches to change things up a bit,” Kimsey said. “If I retired, I’ll probably still be here, but I’d be playing with bugs instead of managing the place.”

Kimsey has made a number of enhancements to the museum's specimen storage, accessibility and public outreach during the past 30 years and hopes this financial boost will help the museum maintain its ever-growing insect collections and expand its educational programs for the campus community and the public.

The museum is currently located in the Academic Surge Building on the UC Davis campus and has a sculpture of a tardigrade, an eight-legged micro-animal also known as a “water bear,” outside the front doors to greet guests. The museum is named after the late Richard Bohart, a professor of entomology for more than 50 years and founder of the museum. Grissell says as an undergrad, he worked part-time as a work-study for Bohart and later became his research assistant. Grissell says some of his fondest memories while studying at UC Davis involve professor Bohart and the museum.

“Dick Bohart, with whom I adventured on many collecting trips and worked on his research projects, was especially kind to me,” Grissell said. “While he essentially worked on stinging wasps, he did not mind that I chose independently to work on parasitoid wasps and supported me in any way he could.”

Grissell, now retired, previously worked as a research entomologist for the US Department of Agriculture for almost 28 years. While his focus has been on insects, he also has an interest in botany and horticulture. He’s written several books on insects and gardening including “Thyme on My Hands” and “Bees, Wasps, and Ants.” His most recent book, “A History of Zinnias: Flower for the Ages,” was awarded the Gold Medal of Achievement by GardenComm, an organization of professional garden communicators. Grissell has been back to visit the Bohart Museum several times, the last being in 2019 for an entomology reunion. He says hosting open houses and guest research visitors, as well as offering advice to the public, is what makes the museum so special.

“The fact that it is, and continues to be, a model of community involvement and education is its best quality,” Grissell said.