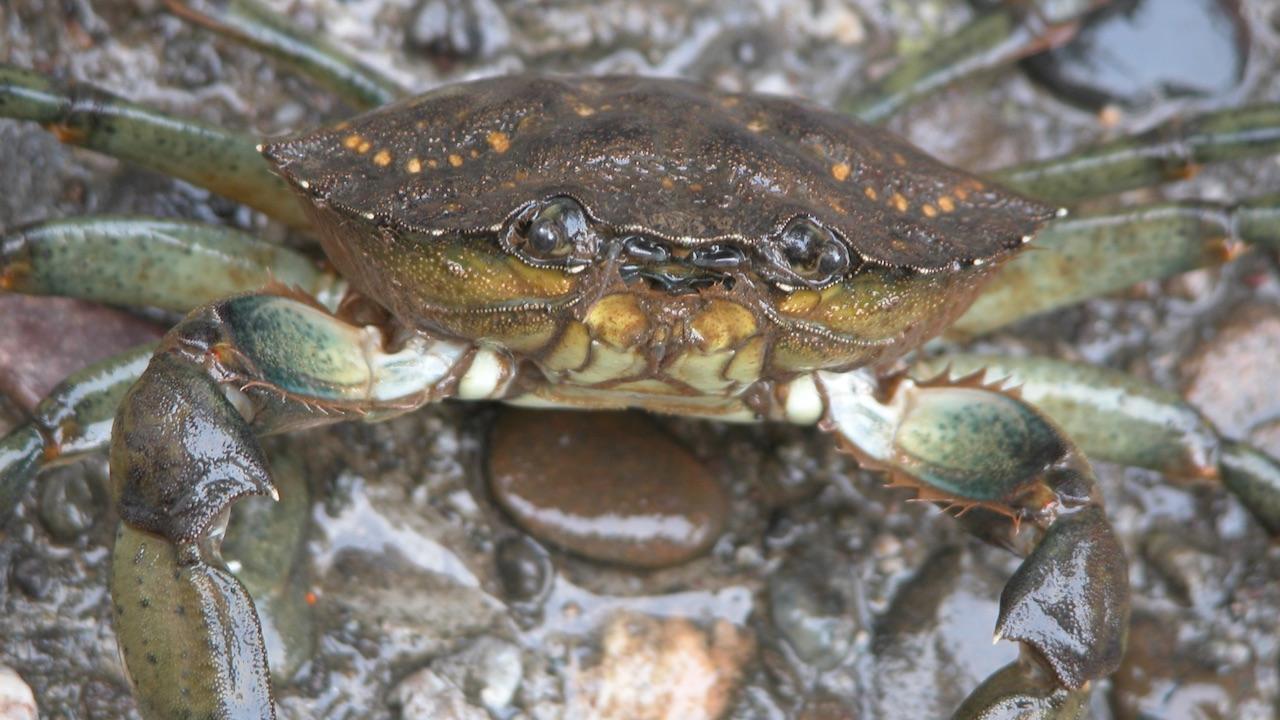 Some invasive species targeted for total eradication bounce back with a vengeance, especially in aquatic systems, finds a study led by the University of California, Davis.

The study, published today in the journal PNAS, chronicles the effort — and failure — to eradicate invasive European green crabs from a California estuary. The crabs increased 30-fold after about 90 percent had been removed. The study is the first experimental demonstration in a coastal ecosystem of a dramatic population increase in response to full eradication.

“A failure in science often leads to unexpected directions,” said lead author Edwin (Ted) Grosholz, a professor and ecologist with the UC Davis Department of Environmental Science and Policy. “We slapped our foreheads at the time, but with thought and understanding, it’s told us a lot about what we shouldn’t be doing and provided a way forward for us. The world should get less focused on total eradication and work toward functional eradication.”

“Functional eradication” is described in a study led by the University of Alberta, co-authored by Grosholz, and published in the March issue of Frontiers in Ecology and the Environment. The authors consider this a more effective approach to invasive species management, particularly regarding species for which total eradication is unlikely.

For the PNAS study, researchers in 2009 began intensive efforts to eradicate the European green crab from Stinson Beach’s Seadrift Lagoon. The crab is considered among the world’s top 100 invasive species, costing the U.S. commercial shellfish industry about $20 million in annual losses. By 2013, the population had decreased from 125,000 to fewer than 10,000 individuals.

But one year later, in 2014, the population exploded to about 300,000 green crab in the lagoon — a 30-fold increase over 2013 levels and nearly triple the pre-eradication population size.

The scientists did not observe such population explosions of green crab at any of the four other nearby bays they were monitoring, suggesting the increase was the result of eradication efforts and not atmospheric or oceanographic changes.

The study found the population explosion was due in part to the fact that adult decapod crustacea — such as shrimp, lobster and crab — typically cannibalize younger individuals. When most adults were removed, juveniles grew unchecked and overcompensated for the loss of adults.

The study notes that this short-term overcompensation drove a process called the “hydra effect,” named after a mythical serpent that grew two new heads for each one that was removed. Grosholz likens it to the “Sorcerer’s Apprentice” in the Disney film Fantasia, in which several spellbound brooms emerge from just one chopped by apprentice Mickey.

The study is also a precautionary tale for natural resource managers: “Don’t try to get them all, or it could come back to bite you,” Grosholz said.

“Instead of a one-size-fits-all approach, this study highlights the need to evaluate possible unintended consequences in selecting management strategies and tailoring these to the particular context and expected outcome,” said Greg Ruiz, a co-author and marine biologist with the Smithsonian Environmental Research Center.

As described in the Frontiers in Ecology study, the authors advise a “Goldilocks level” approach, where the population is low enough to protect native species and ecosystem functions without risking a population explosion of the invasive species.

That strategy was eventually employed at Seadrift Lagoon, aided in large part by local volunteers and residents. Such community science efforts may be key for helping other ecosystems struggling with invasive species, such as in national and state parks, where citizen engagement can be high.