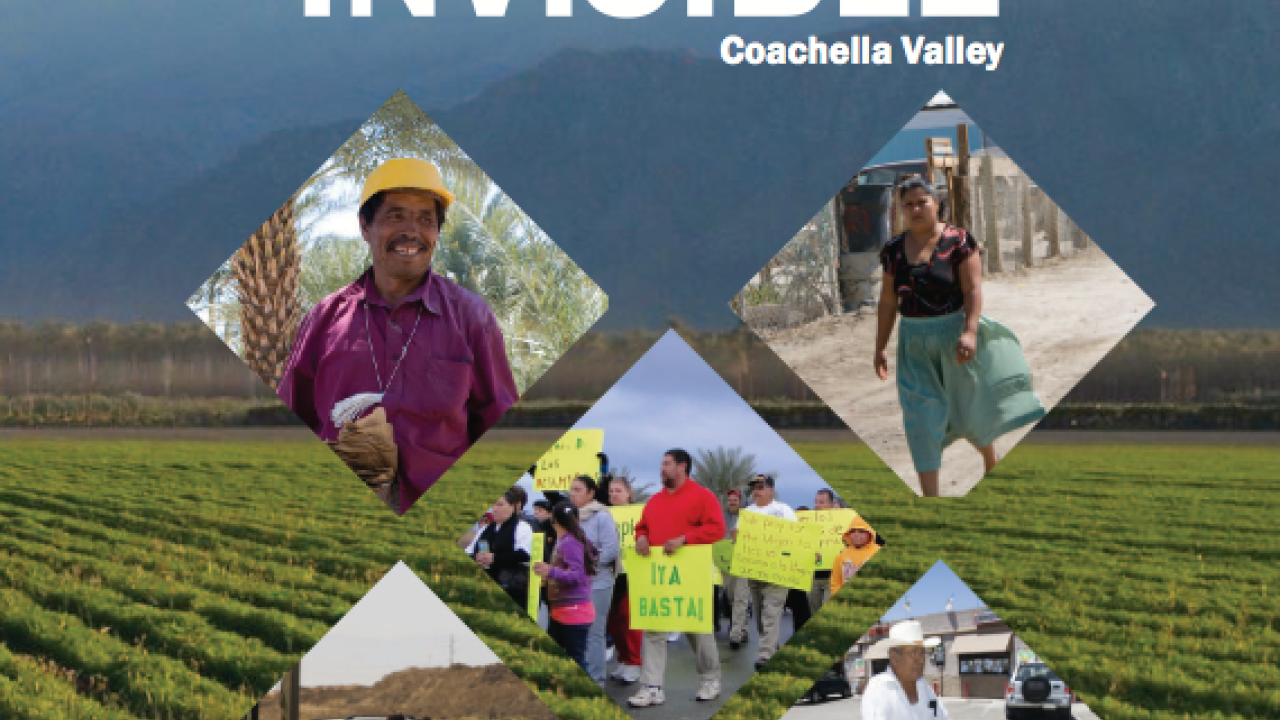 Residents of the Eastern Coachella Valley in Riverside County live every day with elevated environmental hazards in their air and water, according to a new UC Davis study.

Residents of the Eastern Coachella Valley in Riverside County live every day with elevated environmental hazards in their air and water, according to a new University of California, Davis, study.

These hazards include drinking water with average chemical concentrations far above state and federal recommended levels.

Adjacent to the more urban Western Coachella Valley, which includes the tourist and resort towns of Palm Springs, Palm Desert, and La Quinta, most of the eastern valley is impoverished, and lacks safe and affordable housing. Many area residents must commute to neighboring Western Coachella Valley and do not have the economic and political resources to address these environmental risks in their hometowns, researchers said.

“Those who care about rural communities need to understand that there are some places and populations that lack the resources to protect their health and achieve prosperity,” said Jonathan London, lead researcher for the report and director of the UC Davis Center for Regional Change.

“This study provides a blueprint for collaborative action to lift up the rural eastern Coachella Valley as a sustainable and equitable region.”

The report, “Revealing the Invisible Coachella Valley: Putting Cumulative Environmental Vulnerabilities on the Map,” by researchers at the UC Davis Center for Regional Change was released June 12. The report can be found at: http://regionalchange.ucdavis.edu/ourwork/projects/ceva-coachella-valley.

Researchers worked with local community leaders to identify high-priority issues and gathered the latest available public data for Riverside County to report their findings. They looked at both environmental hazards and a “social vulnerability index,” which includes housing quality and economic conditions, London said.

In addition, some areas in the Western Coachella Valley, such as La Quinta, have elevated levels of chromium 6. Portions of the western valley also show high degrees of cumulative environmental hazards and social vulnerability. These areas include Desert Hot Springs and parts of Cabazon, Sky Valley, West Garnet, and Desert Edge.

This study was developed with a diverse set of community partners from the Eastern Coachella Valley who will use the report’s information in their efforts to promote sustainable and equitable growth in their region, London said.

This study was commissioned by the California Institute for Rural Studies. Funding was provided by The California Endowment through the foundation’s 10-year Building Healthy Communities initiative.

About the UC Davis Center for Regional Change

The UC Davis Center for Regional Change produces solutions-oriented research to inform the building of healthy, prosperous, sustainable, and equitable regions in California and beyond.

Information about the Center for Regional Change: http://regionalchange.ucdavis.edu/.