At 5 feet, 2 inches, Plant Sciences Professor Emerita Barbara D. Webster may have been petite in stature, but she was a powerhouse when it came to reducing barriers for women in academia.

“She was formidable,” said her daughter, Susan V. Webster, with a chuckle. “She didn’t back down.”

Barbara, who passed away in 2017 at the age of 88, was the first female faculty member in the UC Davis Department of Agronomy (now part of Plant Sciences).  Driven and dedicated throughout a career spanning five decades, Barbara was an expert in plant development and structure and a fierce advocate for increased participation of women and minorities in science.

Susan established the Barbara D. Webster Scholar Award with a generous gift to the university that will ensure the continuity of Professor Webster’s legacy. The award will provide support for faculty members in the Department of Plant Sciences who represent excellence in their field, present unique and transformative perspectives, exhibit the leadership ability to impact their discipline, and advance representation of women in plant sciences.

“This gift will make a tremendous impact that honors Barbara and her groundbreaking achievements as a leader and a woman in plant sciences who is fondly remembered by our long-serving faculty and staff,” said Gail Taylor, professor and chair of the Department of Plant Sciences.

A life well-planned from the start

The daughter of a school principal, Barbara had always leaned toward a future in the sciences and was determined from a young age to go to graduate school. The Boston native earned a B.S. in botany from the University of Massachusetts, Amherst, an M.A. in biology from Smith College and a Ph.D. in biology from Harvard University.

“I remember mom sitting me down when I was 13 or so and telling me that by the time she was my age, she had decided how she was going to live her life,” said Susan, the Jane Williams Mahoney Professor of Art History and American Studies Emerita at The College of William and Mary. “She had her path carved out in four segments: education first, then family, her profession and societal dues, and finally, time for herself.”

Barbara began her career at Purdue University as a National Science Foundation (NSF) Postdoctoral Fellow, where she pursued research on pollination mechanisms and nitrogen fixation in legumes, environmental stresses affecting the yield of crop plants and other aspects of the biology of higher plants.

Childcare options were limited, so Barbara often brought young Susan with her to work. Susan recalls spending a lot of time on the floors of Purdue laboratories as a child—and still associates certain distinctive smells with her youth.

Susan grew up hearing stories about women who moved things forward in a progressive way, whether they were politicians or adventurers. She particularly admired Eleanor Roosevelt. “Mom would point to powerful women and talk about the changes she’s making in the world and what it takes to do that type of work,” she said. “She knew that making changes takes generations, and she always kept pushing the ball forward.” 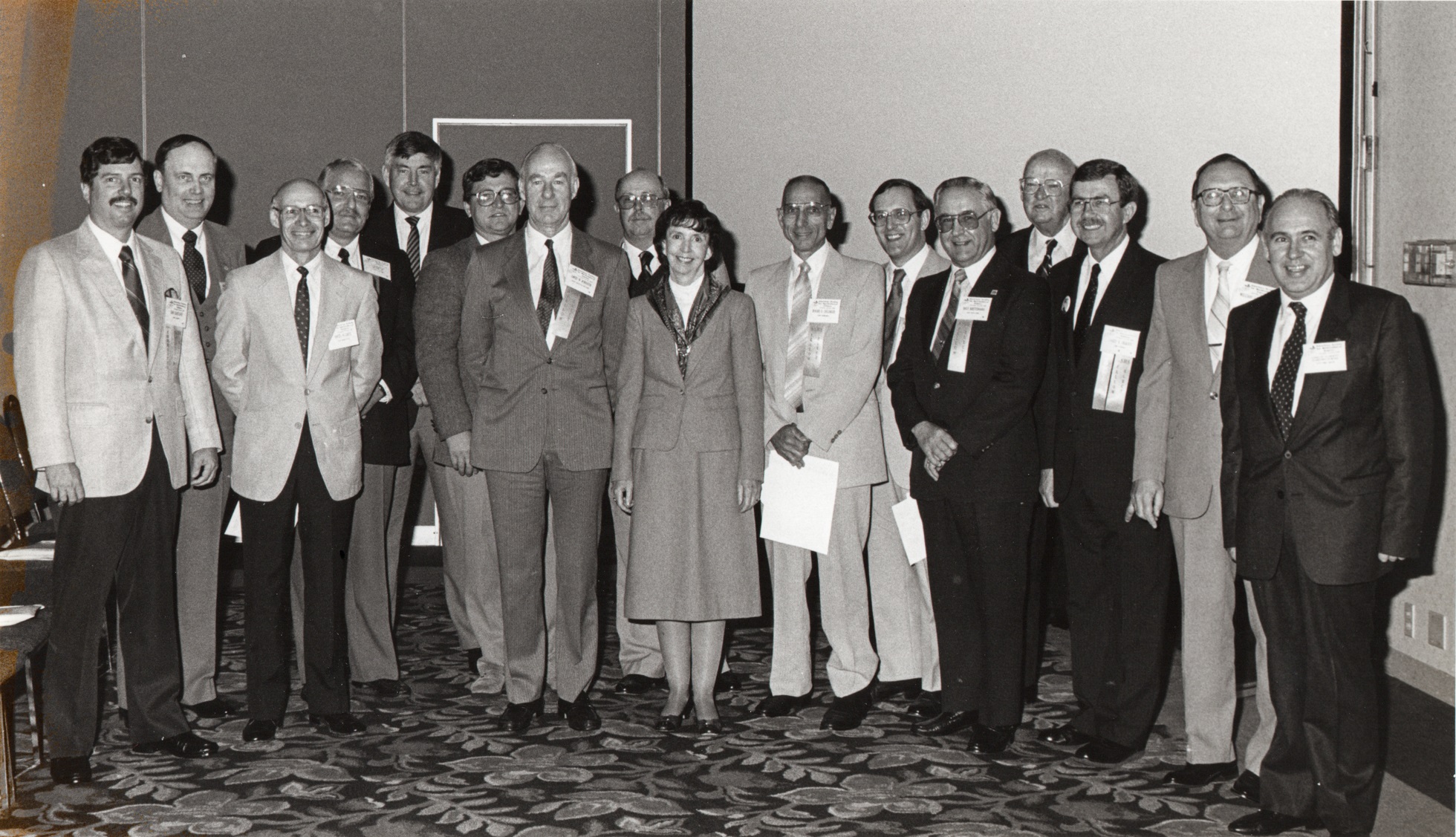 Barbara came to UC Davis in 1966 with her husband, Grady L. Webster, who had been hired as a full professor in the Department of Botany. Over the next 12 years, Barbara pursued research on leaf and pod abscission in common beans and flower, fruit and seed development in other crop plants. In 1979, Barbara became a professor of agronomy and agronomist in the Agricultural Experiment Station, with tenure. She later served as associate dean in the Division of Biological Sciences (1981-1982) and associate vice chancellor of research at UC Davis from 1989 to 1992.

The majority of her graduate students were women, some of whom were trying to start or raise a family while pursuing their doctorates. Susan knew quite a number of her mother’s students, and observed a real camaraderie among them.

“My mother made sure her lab was a safe space,” Susan said. “If there were any problems, she’d take care of it.”

In addition to training and mentoring students in plant biology, Barbara served as a role model and mentor to fellow faculty across campus. Suad Joseph, professor emerita in anthropology, was one of them.

“Barbara Webster was one of the few women administrators at UC Davis when I came as a pretty naïve assistant professor,” Joseph said. “I had not known her for long or well when she reached out to me with a funding opportunity with NSF. I applied, was rejected, and she guided me toward resubmission. I did and won.

“That was Barbara. She did not need to know someone well to reach out, lend a hand, mentor.  We became friends. She continued to advise and guide from her heart and from her head… It was her capacity to see, to take in, and give with unconditioned generosity that remains with me.”

Barbara regularly contributed to faculty development workshops for new and junior faculty at Davis. She was active in the UC Davis Women’s Resources and Research Center Network, and a co-founder of the Faculty Women’s Research Support Group. In the late 1980s and early 1990s, Barbara traveled to universities across the U.S., giving talks on the challenges for women in the sciences and academia.

It was the time of the Green Revolution, Susan recalled, when everyone was trying to figure out how to feed the world by maximizing agricultural production and drought resistance capabilities. Barbara’s research took her to many countries. A Senior Fulbright Research Fellow at the University of Nairobi, Kenya, Barbara sought out female graduate students to work on her five-year project, funded by an NSF grant, taking nitrogen measurements of bean plants.

“She found a way to use the funding to bring one of the University of Nairobi students, Mary Kamweti, to Davis to continue working on the project and make important connections for her career,” Susan said. “At the time it just seemed normal to me, but looking back, it was really exceptional to advocate for students to that extent.” 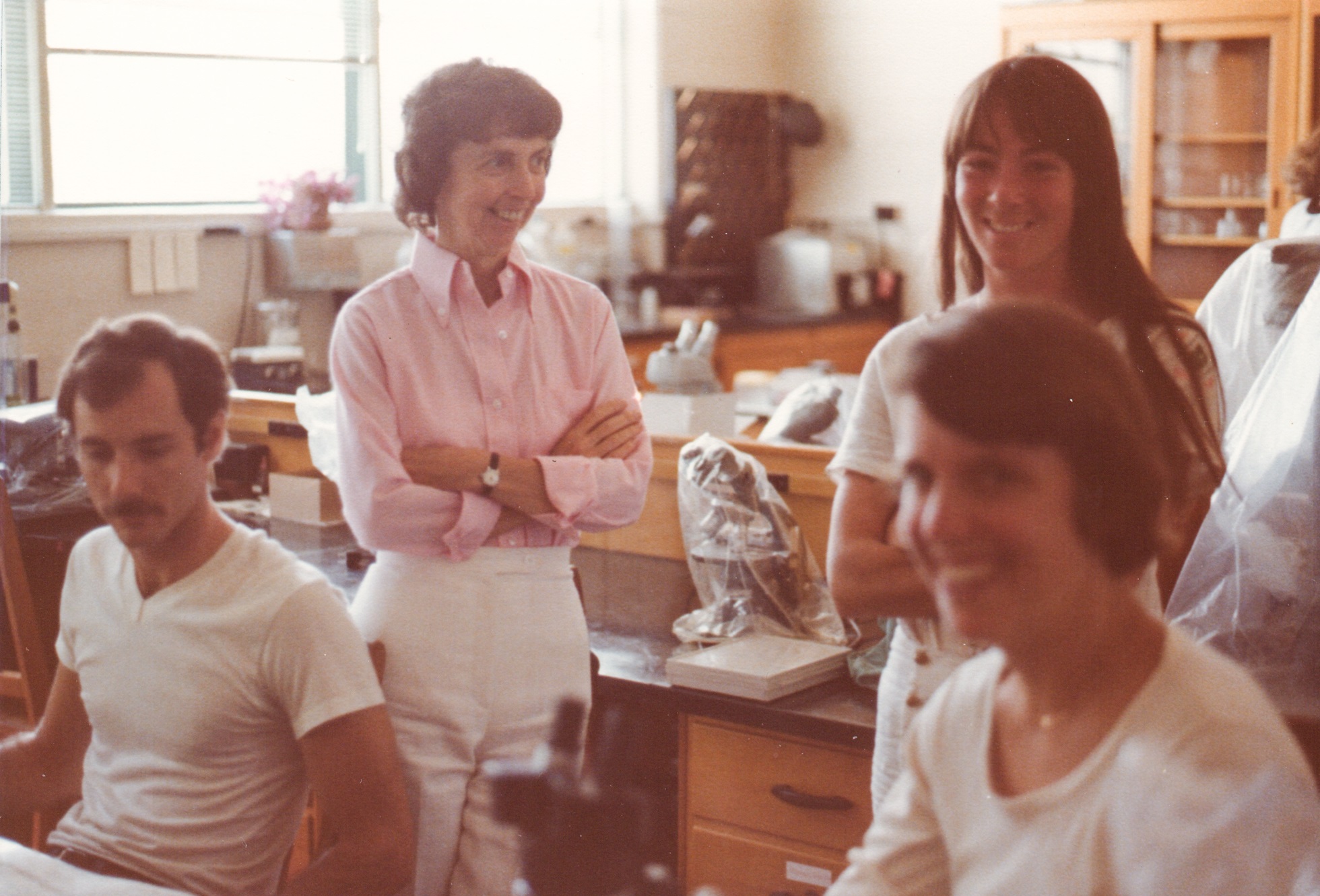 Beyond teaching and research, Barbara took immense pleasure in what she called “paying dues to society”—by participating in professional organizations, including the Botanical Society of America, where she served as the first woman treasurer and later as president. In 2008 Barbara was awarded the Distinguished Fellow of the Botanical Society of America, the society's highest honor. Barbara also was a fellow of the American Association for the Advancement of Science and the American Society for Horticultural Science.

Locally, she was active in the Davis community, serving as chair of the City of Davis Planning Commission, Board of Zoning Adjustment and co-chair of the grants committee of the Davis Regional Science Center.

“My mother could do everything on five to six hours of sleep,” Susan said. “She was one of those super morning people who got a lot done before 8 a.m.”

For all of the public things that her mother participated in throughout her career, Susan says her mother was a pretty private person. True to her word, when she retired in 1992, she closed the chapter on her career and focused on herself.

“She cleared out her office and never went back,” Susan said.

In retirement, Barbara was active in the UC Davis Emeriti Association and the Davis Branch of the League of Women Voters. An avid reader, she participated in several book groups and enjoyed a close circle of friends, exercise groups, gardening and travel.

With the establishment of the Barbara D. Webster Scholar Award, Susan thinks her mother would be pleased that the next generation of Plant Sciences faculty will continue her legacy, moving things forward for women and minorities in academia.

“My mother always said that if you believe in what you’re doing, you make it happen,” she said.

Increasing Temperatures Led to Better-Tasting Wine Grapes, but for How Long?