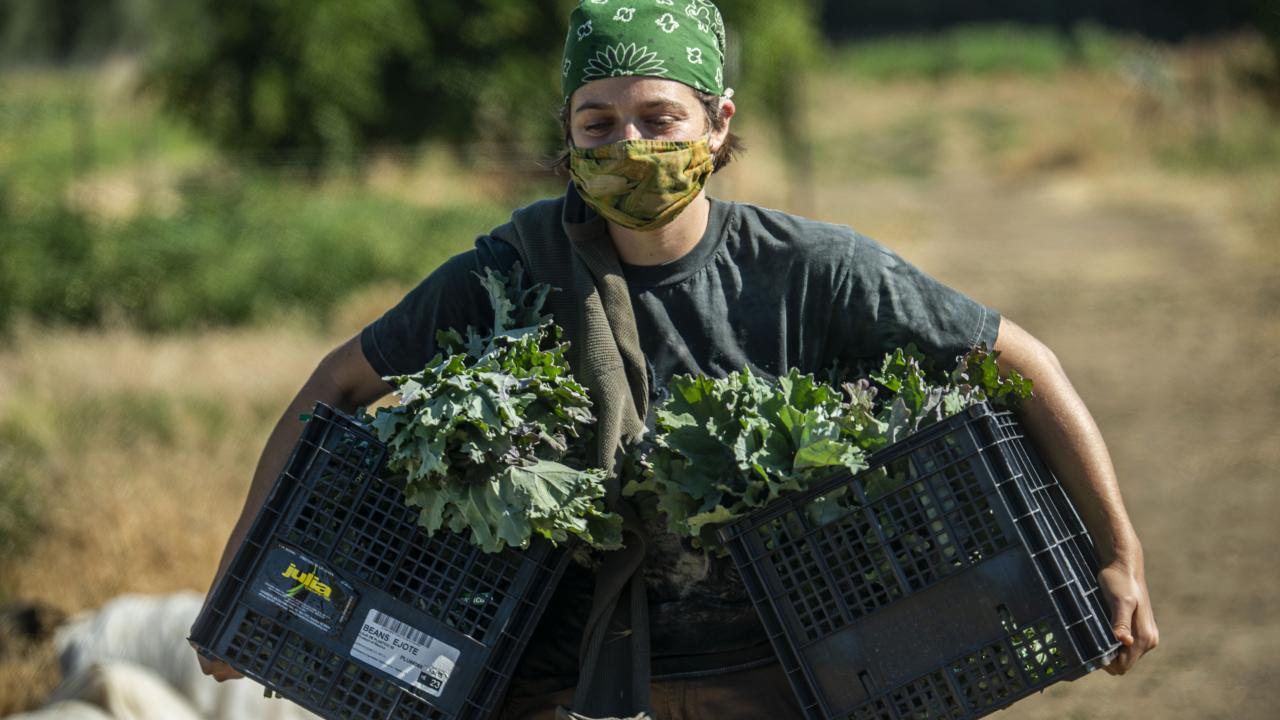 The 6 million people of Asian and Pacific Islander descent in California — 15% of the population — influence many aspects of the state’s culture. Nowhere is that more apparent than in food. But while Asian cuisine plays an outsized role in California, growers face obstacles in bringing the ingredients to the table.

“In spite of these amazing contributions to California agriculture and cuisine, it is still called ‘ethnic food’ and a diverse range of ingredients is hard to find,” said Ga Young Chung, assistant professor in the Department of Asian American Studies. “The farmers often encounter systematic barriers like language differences, cultural appropriation, and lack of access to capital, resources and technical assistance. Because Asian crops are still often considered specialty and exotic, Asian American farmers have enjoyed only a very tiny space in the market.”

Chung is working to change that as part of an interdisciplinary project involving researchers across UC Davis. The project, titled Culturally Diverse Participatory Public Plant Breeding: Supporting Farmers of the Asian Diaspora, was launched in 2020 by Katharina Ullman, director of the UC Davis Student Farm. The core team includes Ullman, Chung, Charles Brummer, a professor and director of the Center for Plant Breeding in the College of Agricultural and Environmental Sciences, and Kristyn Leach of Namu Farm in Winters, California.

“This is a great opportunity to bring people together from different disciplines,” said Ullman, who wants to involve more College of Letters and Science students and faculty in the Student Farm. “The campus is culturally diverse and everyone brings their own knowledge, background and experience.”

The project will gather stories of history, immigration, language, racism and economics, exploring issues ranging from laws that barred Asians from owning land in California to the impact of COVID-19 on small farmers to recent violence against Asian Americans. The team will develop a publicly available cultural “memory bank” archive, expand the diversity of plants grown though breeding and seed banks, and create a distribution network to make the crops more widely available. UC Davis undergraduate and graduate students will participate in gathering oral histories and crop development.

“I was very thirsty to know more about our community beyond campus and to see what we can do as a public university in solidarity with these passionate Asian farmers,” said Chung, a native of South Korea who came to UC Davis in 2019. “We hope to bring this less-documented history to a wider audience and explore the farmers’ dreams and hopes for a better future.”

A taste of home

Leach first became involved with farming through Food Not Bombs, an international organization that collects food that would have been thrown away by stores and restaurants. Born in South Korea, Leach was adopted by an American family, first tasted Korean food at 19, and found a connection to her roots through food and farming.

Chung’s research has focused on immigration, undocumented Asian youth and Korean activism in the United States. Her interests in the people’s connectivity to the land and culture led her to pay attention to the power of food and seed, she said.

Chung’s grandfather was a farmer and along with rice grew perilla, butterbur, minari, sangchu, crown daisy and other vegetables common on Korean tables, but not easy to come by in the U.S.

“The Asian vegetables I grew up with connect me to my family, memory and home,” said Chung. “They are meaningful to me and always brought me some comfort.

“Food helps us remember and reimagine the home that we want to live in. Through this project on Asian vegetables, I hope our team can support the racially and culturally othered community during these challenging days.”

Ga Young Chung, an assistant professor of Asian American studies, is working with the UC Davis Student Farm and a farmer in Winters, California, to expand knowledge about and availability of Korean vegetables.