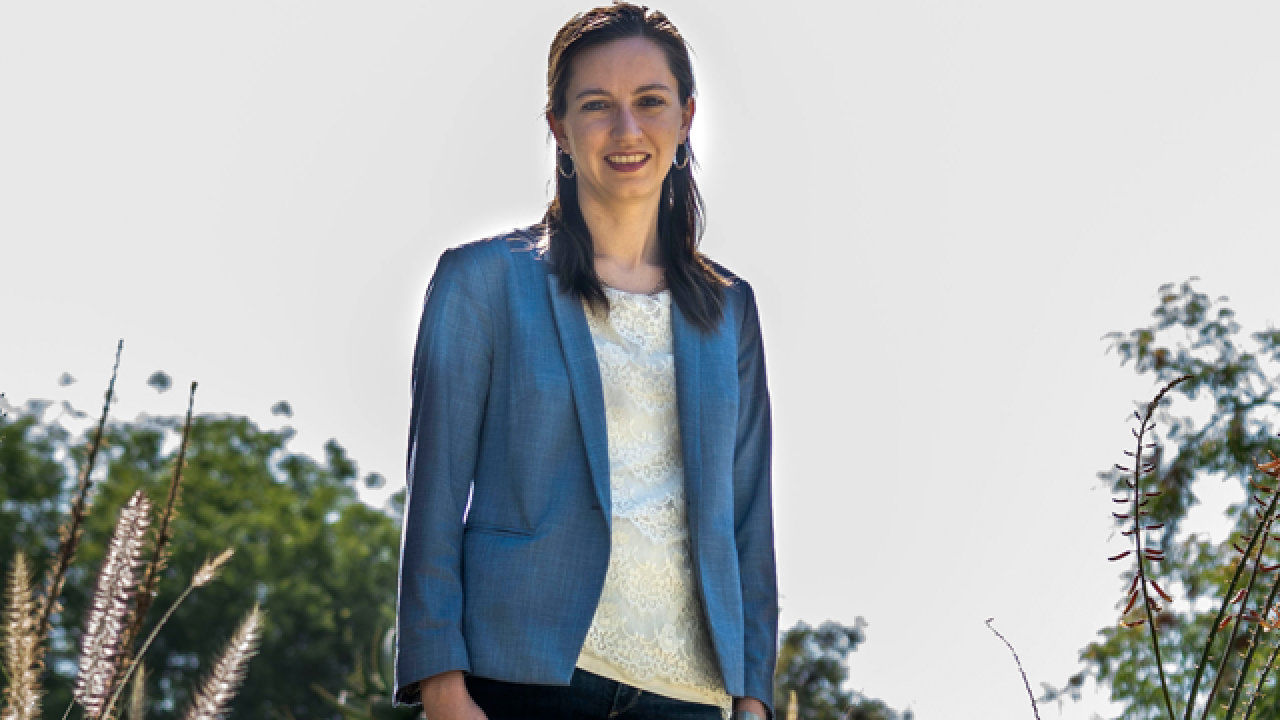 Thousands of thunderstorms occur around the globe on any given day and produce more than half the world’s rainfall. Adele Igel, assistant professor for land, air and water resources, is studying the impact of aerosols during the life cycle of a thunderstorm. She’s been awarded a $373,000 grant from the U.S. Department of Energy’s Atmospheric System Research program to conduct the three-year research project.

“There are a lot of factors that play into what higher aerosol concentration does to a thunderstorm,” Igel said.

Aerosols, which are tiny particles that float in the atmosphere and are generated from a variety of both natural and human-made sources, have complex effects on clouds and precipitation. They’re often thought to suppress rain because aerosol particles decrease the size of water droplets in clouds. Igel says one of the goals of the study is to see if that can be detected through observations.

Possibly in part due to the initial rain suppression, higher aerosol concentrations during certain environmental conditions have also been linked to increasing the speed of upward-moving air in a thunderstorm, which has the potential to increase damaging hail and flooding rainfall. But Igel says it’s not easy to measure updraft speed. She’ll investigate how aerosol concentration impacts the updraft dynamics by using the National Oceanic and Atmospheric Administration’s geostationary satellites, which continuously monitor the United States and can capture images of developing storms every five minutes.

“What we can do with those images is monitor the temperature of cloud tops,” Igel said. “We can expect for a developing thunderstorm that it will start out shallow, have a relatively warm cloud top, and then as it grows and deepens, it cools since the upper air is colder than the air at the surface. We can link those cooling rates to how fast the storm is growing and hopefully to how quickly the air is moving upwards in the storm.”

Igel’s project will focus specifically on storms occurring in Oklahoma, where there’s an extensive network of ground-based measurement stations. She’ll be able to compare the satellite images with ground-based observations, including aerosol concentration, to determine if developing storms in polluted environments may be stronger compared to storms that occur with relatively low aerosol concentration. Igel says she believes the findings could have implications for future climate predictions.

“One of the things that we’re hoping to get out of the project is to be able to attribute changes in updraft speed to particular processes in the storm,” Igel said. “If we can do that, then we can inform the models about which processes need to be adjusted in the presence of high aerosol.”

Igel became interested in meteorology by reading the weather page in her local newspaper while growing up on the east coast. Her fascination with the “the power of nature,” as she describes it, intensified when she was an intern for the National Weather Service’s Washington, D.C. office while in high school. As she embarks on this current research project, she’s looking forward to using observation methods to learn more about aerosol-cloud interactions.

“I’m really excited,” Igel said. “I’m also a little bit nervous because most of my work is focused on atmospheric modeling and fair-weather clouds. This will be the first project that is totally observational and about thunderstorms, so it’s a little outside my comfort zone, but I think we’ll get some exciting results.”

Increasing Temperatures Led to Better-Tasting Wine Grapes, but for How Long?

Spreading native plant seeds for the future of urban landscapes