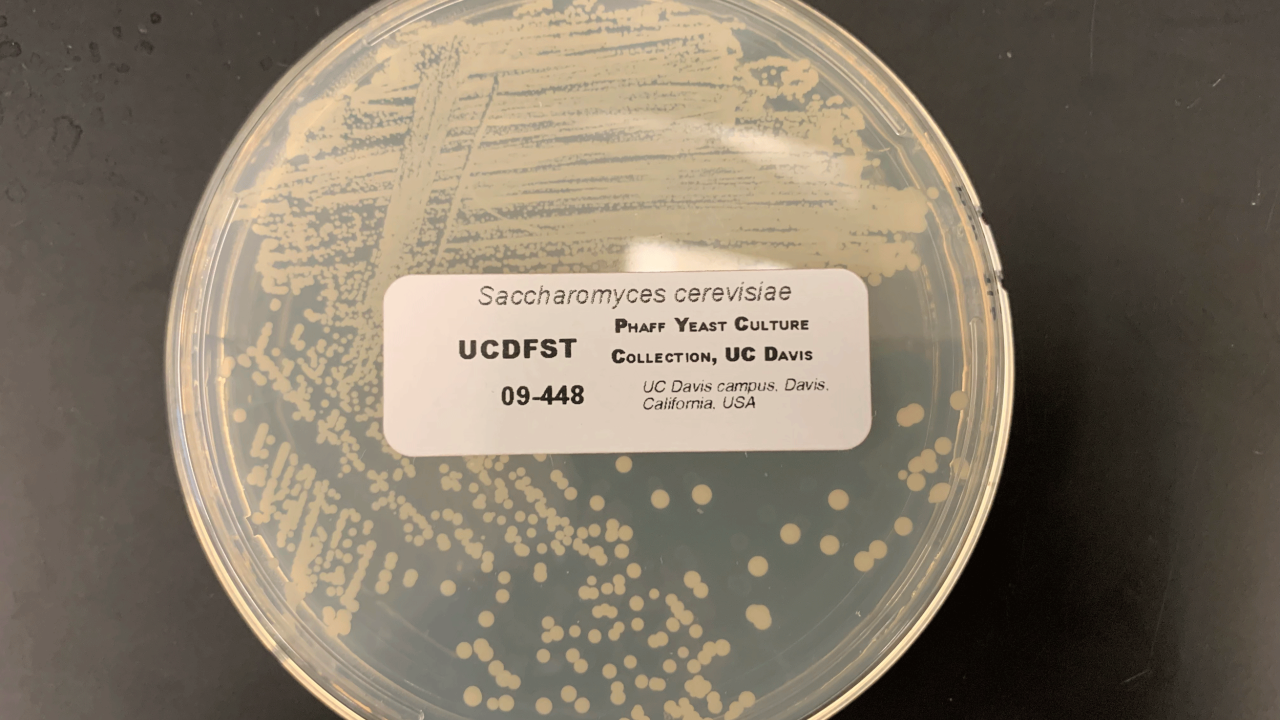 A popular species of yeast that’s used to make beer, bread and wine is also contributing to the food industry in a different way – improving food safety. A yeast strain from the UC Davis Phaff Yeast Culture Collection is being used commercially to remove a toxic compound from fried and baked foods.

Acrylamide is a by-product of cooking foods containing asparagine, an amino acid that is found naturally in carbohydrate-rich foods, including bread, potato chips, cookies and cereals. Acrylamide forms during high-temperature cooking, such as frying, baking or roasting.

“Acrylamide is a toxic chemical that we don’t want to have too much of in our food,” Boundy-Mills said. “Researchers from Renaissance BioScience mined the world’s Saccharomyces genome sequence data and found several strains, including our strains, interesting.”

The properties of the university’s yeast had the potential to reduce the toxic chemical by breaking down asparagine. Renaissance BioScience was able to uncover this ability by evolving the strain using their patented adaptive evolution process.

Food manufacturers are now using Renaissance’s acrylamide-reducing yeast by adding it to foods before they are cooked to break down asparagine and therefore reduce the level of acrylamide produced.

From troublemaker to champion

Boundy-Mills said the yeast first got attention during a 2009 research project at UC Davis that examined the cause of recurring olive spoilage. Olive processors were dealing with entire tanks of fermented Sicilian-style olives, worth tens of thousands of dollars per tank, turning into little pieces of mush. Boundy-Mills and Professor Maria Marco from the Department of Food Science and Technology were part of a research team that worked to isolate hundreds of yeasts and bacteria from the fruit and discovered one yeast, Saccharomyces cerevisiae, was the culprit behind the spoilage.

The same yeast strain that turned olives into mush is now making improvements to food safety.

“This yeast strain, that was wreaking such havoc in those olive tanks, is now redeeming itself by contributing to basic life science knowledge and to a safer and more sustainable food supply,” said Boundy-Mills.

The Phaff Yeast Culture Collection is the fourth largest collection of its kind in the world with more than 9,000 strains belonging to approximately 1,200 different species. While there are many known beneficial uses of yeast, Boundy-Mills said there’s still a lot to be learned about the single-celled fungi and how it can help consumers.

“The yeast that we do know a lot about are very beneficial,” she said. “And then there’s so much about yeast that we don’t know yet; there could be a whole world of new products and we are one by one making discoveries. There are so many ways that yeast can be used to improve our lives.”

Farms to Fungi to Food: Growing the Next Generation of Alternative Protein

Harvesting Light to Grow Food and Clean Energy Together