10 Animals UC Davis Is Working to Save 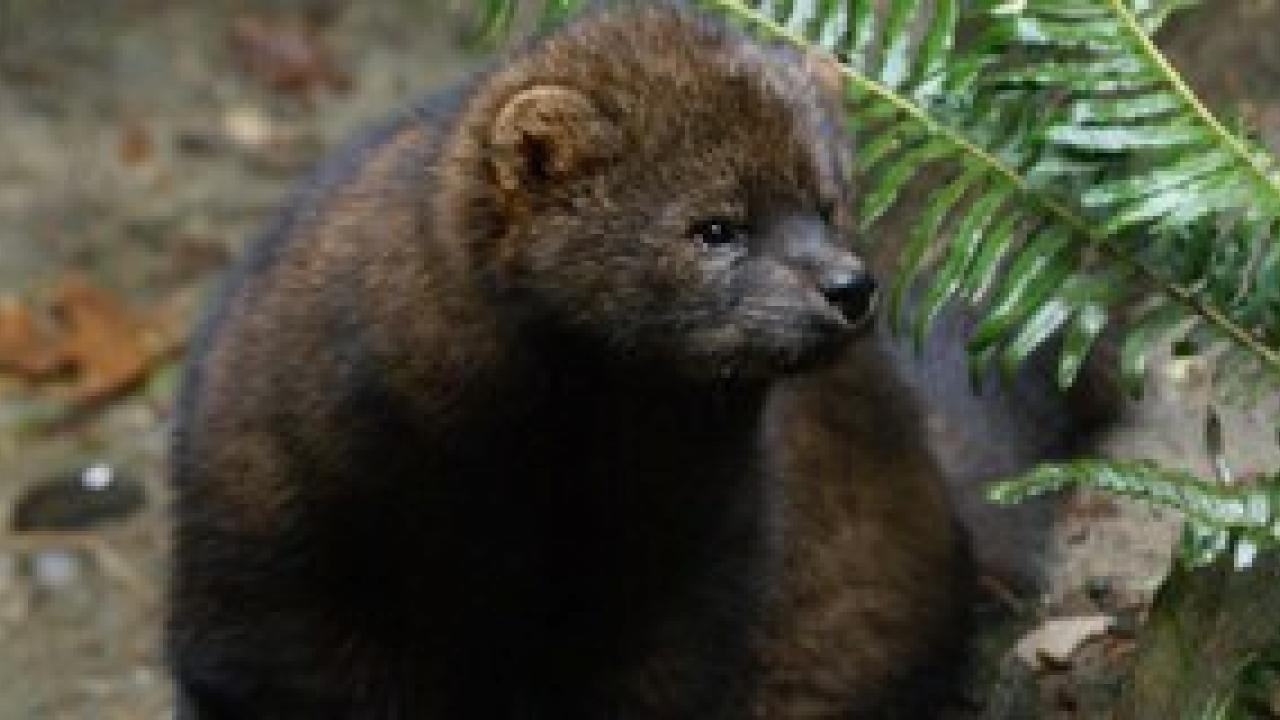 It’s work befitting the world’s No. 1 School of Veterinary Medicine, which saves thousands of animals each year, whether at its teaching hospital on campus or in the forests of Africa.

It also highlights the expertise of the university’s College of Agricultural and Environmental Sciences, whose researchers often provide the scientific basis for species protection, be they fish or fowl.

UC Davis scientists were the first to link rat poisoning used at illegal marijuana grows to fatal poisonings of Pacific fishers, a member of the weasel family. That and subsequent research was reviewed as part of a proposal to list the West Coast population under the federal Endangered Species Act as a threatened species. The U.S. Fish and Wildlife Service announced on April 14, 2016 that the fisher will not be listed.

Everything from the smooth voice of Barry White to “mood lighting” has been used to help establish a captive breeding population of endangered white abalone at the UC Davis Bodega Marine Laboratory. In 2012, thematchmaking scientists announced the first successful spawning of the species in nearly a decade. Over the past few years, they’ve reported continued success. If the population ever fully recovers and we finally get to eat them again — they are said to be delicious — we’ll have UC Davis largely to thank.

In the 1980s, fewer than 300 mountain gorillas remained in the world, due mostly to heavy hunting. Now, conservation efforts have bolstered their numbers to about 880 individuals. With Gorilla Doctors, UC Davis is helping their continued recovery. Co-led by the UC Davis Karen C. Drayer Wildlife Health Center and the nonprofit Mountain Gorilla Veterinary Project, Gorilla Doctors provides veterinary care to wild mountain and eastern lowland gorillas living in the national parks of Rwanda, Uganda and the Democratic Republic of Congo. The group also researches mountain gorilla genetics and other factors that could contribute to their decline.

Wildlife veterinarians with the Karen C. Drayer Wildlife Health Center are investigating the Southern California cougar and its dramatic decline. Mountain lions cut off from each other by freeways and human development, particularly in the Santa Ana and Santa Monica mountains, are facing a severe loss of genetic diversity that could ultimately affect their survival as a species. UC Davis research is helping inform management decisions about how to protect, monitor and connect this population.

Breeding an icon, the Delta smelt

This Delta smelt is one of thousands bred at the UC Davis Fish Conservation and Culture Laboratory. (Joe Proudman/UC Davis photo)

Even before the current drought, this little endangered fish has been caught in a battle about water — and who should get it — in California. At a meeting in March 2015, UC Davis fish biologist Peter Moyle sounded the alarm that the state should prepare for the Delta smelt’s extinction in the wild — the state trawl survey at the time found only six smelt where there normally would have been hundreds. Smelt surveys in March 2016 were again the lowest in history. Meanwhile, the UC Davis Fish Conservation and Culture Laboratory is breeding thousands of them in captivity, preserving their genetic diversity and providing a supply for scientific research — and one level of protection against species extinction.

Helping California condors get the lead out

California condors, the largest flying bird in North America, are recovering from the brink of extinction, but threats of lead poisoning persist. (Terra Kelly/UC Davis photo)

Scientists from the Karen C. Drayer Wildlife Health Center working with state agencies showed that lead from ammunition was poisoning carrion-eating birds, including endangered California condors. The birds famous for their 10-foot wingspan, if not their faces, are scavengers. They feast on the carcasses and gut piles of animals killed with lead shot, which fragments on impact and can quickly enter the condors’ bloodstreams. The work has been instrumental in providing the scientific incentive for a broad statewide ban on lead ammunition, enacted in 2013.

This was one of the first Amargosa voles bred as part of UC Davis' captive breeding program. (Don Preisler/UC Davis School of Veterinary Medicine photo)

Only a few hundred Amargosa voles remain in rare marshes of the Mojave Desert. When extreme drought threatened to dry up their limited habitat in 2014, a team of researchers from UC Davis, and state and federal agencies rescued 20 of the endangered little critters and brought them to UC Davis to begin a captive breeding program, which continues today. In June 2015, 12 Amargosa voles were returned to the wild, marking the first release of captive-bred voles into the wild since they were listed as an endangered species more than 30 years ago.

A state survey coordinated by UC Davis showed in 2014 that the tricolored blackbird was in startling decline. Its numbers dropped from 400,000 birds in 2008 to about 145,000 in 2014. The birds are most threatened when fields of a grain called triticale, where they nest, are harvested. A few months after the survey results were announced, the California Fish and Game Commission granted the bird temporary emergency protection due to its sharp decline. It is currently under state and federal review for listing as an endangered species. Some farmers are voluntarily delaying their triticale harvest to help the birds.

UC Davis scientists studying endangered foxes on California’s Catalina Island published a study last fall showing thatmore than half of those examined had tumors in their ears. Nearly all of the foxes were infected with ear mites, a predisposing factor to the tumors. Luckily for the foxes, the researchers also found what appears to be a solution. In acomplementary study, they showed that treatments of acaracide, commonly used to kill ear mites in cats and dogs, reduced the ear mites dramatically, from 98 to 10 percent. Other signs of developing ear tumors also dropped at the same time.

Mexican wolves, African painted dogs, and an African lion are just some of the endangered animals Bruce Christensen, assistant professor of population health and reproduction, has helped in his travels to zoos and wildlife sanctuaries throughout the United States. A reproduction specialist with the UC Davis School of Veterinary Medicine, he’s assisted facilities like the Bronx Zoo, Saint Louis Zoo and Wolf Haven International with fertility problems in endangered animals.